Home WarZone Very Cool: Video from US Drone, Hacked and Flown by Iran
Share
Twitter
Pinterest
WhatsApp
Linkedin
ReddIt
Email
Print
Tumblr
Digg
TEHRAN (FNA)- Commander of the Islamic Revolution Guards Corps Aerospace Force Brigadier General Amir Ali Hajizadeh disclosed on Thursday that several US aircraft that were constantly flying over Syria and Iraq were under IRGC’s control and their first-hand intelligence was being monitored and retrieved by his forces after penetrating into the US command center. [+VIDEO] 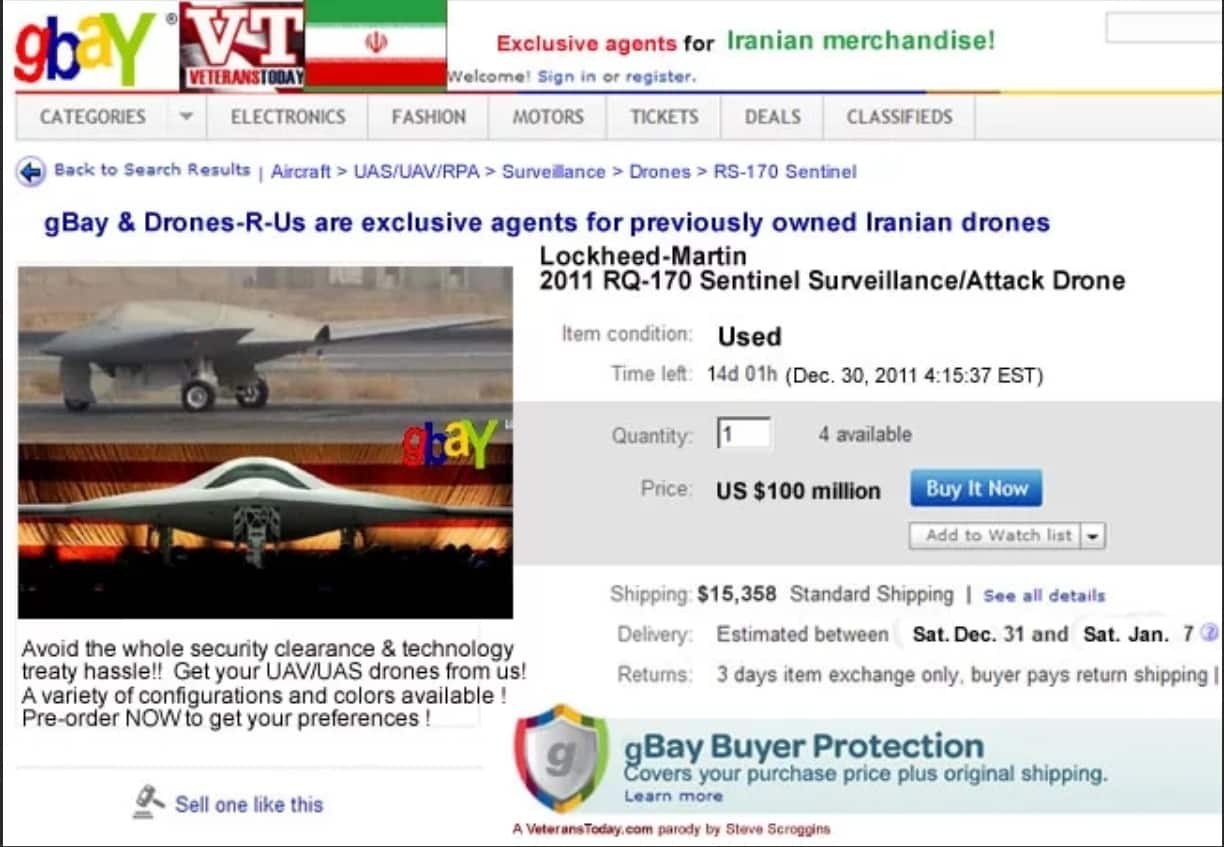 “Seven to eight drones that had constant flights over Syria and Iraq were brought under our control and their intel was monitored by us and we could gain their first-hand intel,” General Hajizadeh said in the Western Iranian city of Hamedan on Thursday.

The footage below shows IRGC’s penetration into US Army’s Command Center, one of the many proofs in support of General Hajizadeh’s remarks.

The footage shows a US flying drone starts malfunctioning and makes a rough landing in a desert area 10 kilometers away from its base.

The US troops avoid approaching the malfunctioning drone as they are not sure who is controlling the aircraft, and hence send a manned aircraft to bomb the drone.

The footage that displays the IRGC’s penetration into the US spy drone’s intel has been recorded by an IRGC drone flying above the scene.

Iran is one of the prioneering countries in drone technology. The country has long been manufacturing drones since the Iraq-Iran war in the 1980s. But it took a long leap in drone technology nearly a decade ago. The Iranian military first downed a US army RQ-170 Sentinel in Eastern Iran in 2011. Months later, Iran started production of its own RQ-170 stealth aircraft after reverse engineering the downed US aircraft. The Iranian RQ-170 conducted its official flight in November 2014.

The original US drone was a stealth aircraft manufactured for surveillance and spying operations, while the Iranian version of the RQ-170 drone has been equipped by the IRGC with bombing capability as well.

Lockheed Martin’s Skunk Works advanced development arm is thought to have developed the RQ-170 by around 2005, and the US deployed the stealthy aircraft to Afghanistan by 2008. However, the US Air Force did not officially acknowledge the program until December 2009.

Back in October 2013, General Hajizadeh said Iran moved as much as 35 years ahead in building drone engines by reverse engineering of the US drone.

Iran has downed a collection of US drones, including Scan Eagle, Raptor, M-Q9 surveillance. The range of the various types of US Unmmaned Aerial Vehicles (UAVs) downed by Iran has now amounted to a dozen, and it has started reproducing them immediately after conducting reverse engineering. Several squadrons of these robotic warriors are already in mission.

Last Thursday, Chief of Staff of the Iranian Armed Forces Major General Mohammad Baqeri underlined that Iran along with Russia and Turkey believe that the foreign forces which have been deployed in Syria without any coordination with Damascus should evacuate the war-torn state.

Iran, Russia and Turkey as the guarantor states have called for the withdrawal of forces who are present in certain parts of Syria without coordination with the legal government in Syria and have occupied some regions, General Baqeri said, alluding to the deployment of the American forces in Eastern Euphrates region in Syria.

The Iranian top commander made the remarks in a joint meeting with Russian and Turkish Defense Ministers General Sergey Shoigu and General Hulusi Akar in the resort city of Sochi in Russia on Thursday.

He also added that the US officials’ remarks on withdrawing forces from Syria are just claims.