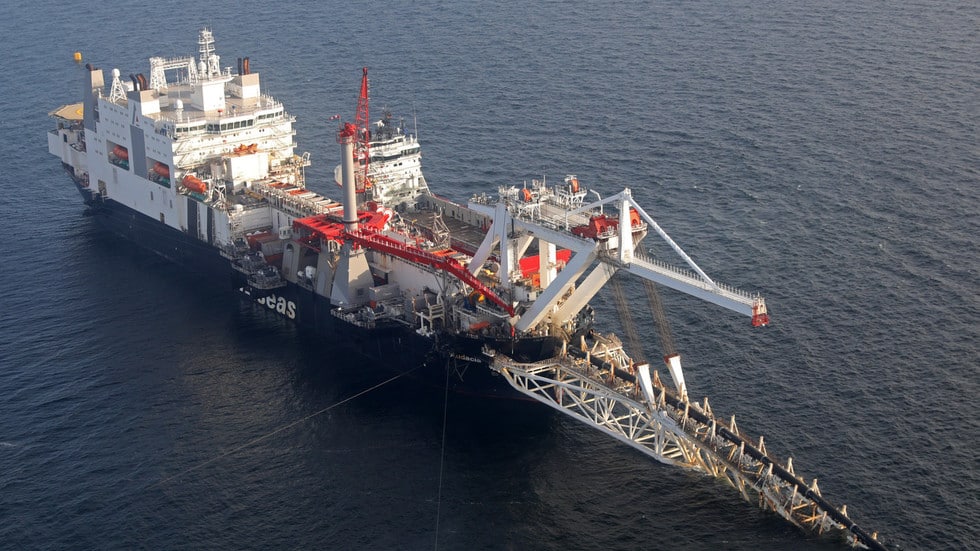 [ Editor’s Note: Well the German trade group people got to have their say yesterday, and it was an “up yours, Mr. Trump” one at that.

This whole spat is based on the US poor balance of trade with Europe where despite the EU’s large social program costs it has a positive balance of payments with us, and Germany leading the way as the EU’s biggest exporter.

The Germans think they have earned it and consider the US offer of buying overpriced LNG gas as penance for selling more cars in the US is not their fault because they have a car that Americans want. This follows Merkel’s Munich Conference speech where she laid out that its biggest BMW plant was in South Carolina, not Germany, and how it exported cars to China.

I have old NC State college buddies that worked in that plant as engineers. It’s the real deal, from back when even the US was building plants overseas to sell into foreign markets and provide jobs.

Kentucky Bourbon, Jack Daniels for example, too expensive more me to drink, had a niche European market that counter sanctions  against the US ones on the EU whacked their export sales. Midwest farmers have had a huge spike in bankruptcies due to losing the China grain market sales.

Trump says the Peking negotiations are going well and he will consider extending time if they are not complete by March 1. He needs a big win in foreign policy in trade, and the Chinese know that… Jim W. Dean ]

Berlin must not bow to any other countries’ “dictation” on its energy policy, the head of a German trade lobby in Russia has said, as he slammed the politicization of the Nord Stream 2 gas pipeline project.

“As for issues of energy supply and energy security, Germany must not yield to dictation or influence of other countries, whether it is Russia or the US. Germany is not the 51st state of the US,” the chairman of the German-Russian Chamber of Commerce, Matthias Schepp, said in Berlin on Thursday.

The pipeline, which will deliver gas from Russia to Germany under the Baltic Sea, is the largest infrastructure project in the EU, according to the trade chamber. It has created 30,000 jobs and is of great importance for European businesses, as around 670 European companies from various industries, including small and medium ones, take part in Nord Stream 2.

The pipeline will make energy more readily available to German industries, as the country has high tariffs for factories. Not only businesses will benefit from the high capacity of the project, but also private households, according to the trade lobby.

No way back for Nord Stream 2 pipeline project – Germany

“The EU demand for natural gas imports will grow,” said Rainer Seele, president of the chamber of commerce and chief executive at Austria’s oil and gas company OMV.

He explained that the booming demand is based on the reduction of production in Europe as well as phasing out coal by Germany. Thus reliable imports of energy with accessible prices are necessary, which is what makes Nord Stream 2 so important for Europe.

The Nord Stream 2 gas pipeline is a joint venture of Russia’s Gazprom and five European energy majors. It is expected to double the existing pipeline’s capacity of 55 billion cubic meters annually, and is supposed to come into operation by the end of 2019.

Apart from some European critics, including Poland and Ukraine, the project was slammed by the US, which wants to sell more of its own LNG to Europe. US President Donald Trump accused German authorities of being “captive to Russia,” and Washington later pressed its European allies to abandon the pipeline project, threatening to sanction companies which participate in it.