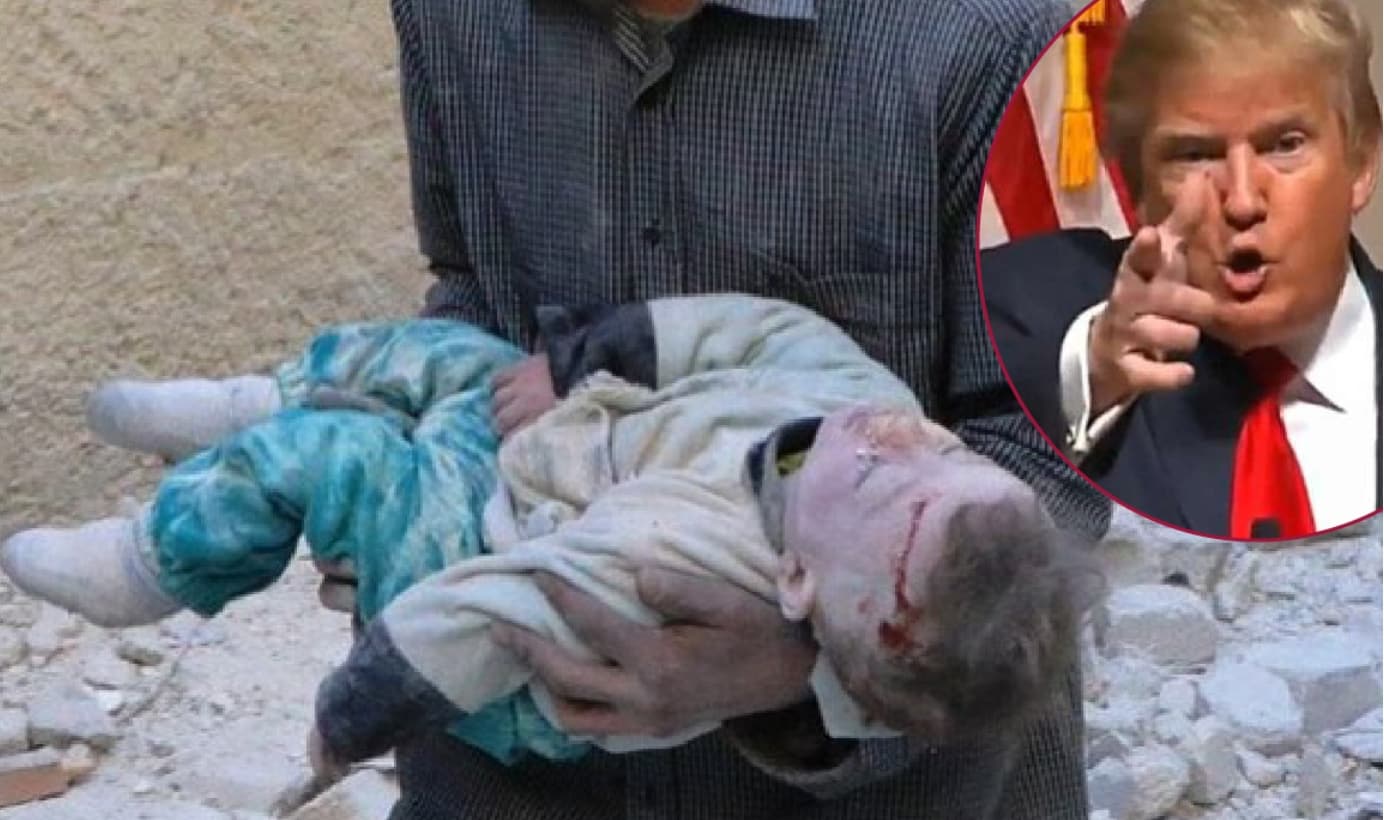 “Local sources said today that the coalition led by the United States has perpetrated a new massacre, taking away the civilian to 16 life, including 7 children, in an intense bombardment on residential houses in the surroundings of Al-Baghouz in the southeastern countryside of Deir Ezzor .

” The last deaths of the USAF (Us Air Force) air-radios in Syria reported by the Sana Information Agency in Damascus are solitary . Add to the other four victims of the other day, at 3 on Friday and 41 in January. Since November, since the American president Donald Trump announced the withdrawal of US troops, armed with a contingent of 2,000 men, from the south-eastern Syrian area, the air strikes intensified to wipe out the last stronghold of the Isis militia on the Euphrates .

While on the field fighting ground patrols joined by the soldiers of the Sdf (Syrian Democratic Force) predominantly Kurdish Ypg fighters   who also controls the northern area of Royana to the gates Manjib , entrusted with the control of the Syrian and Russian armies to avoid the attack of enemies Turkish, in the skies, the American fighter-bombers and drones roamed from 2014 between Syria and Iraq they made tremendous “collateral damage” quantifiable in 1,140 civilian deaths by admission of the same Global Coalition against Daesh , the military intervention force without American- led UN authorization supported by other Western nations and in particular France and Great Britain . The 16 deaths of yesterday are added to the other 4 Saturday at Al-Bagouz, where Sdf and the US have triggered the final offensive against the jihadists of the Islamic State,  and to 3 Friday following the bombing on residential areas in the city of Al-Tayyanieh in the countryside of the city of Al-Mayadeen , east of Deir Ezzor. 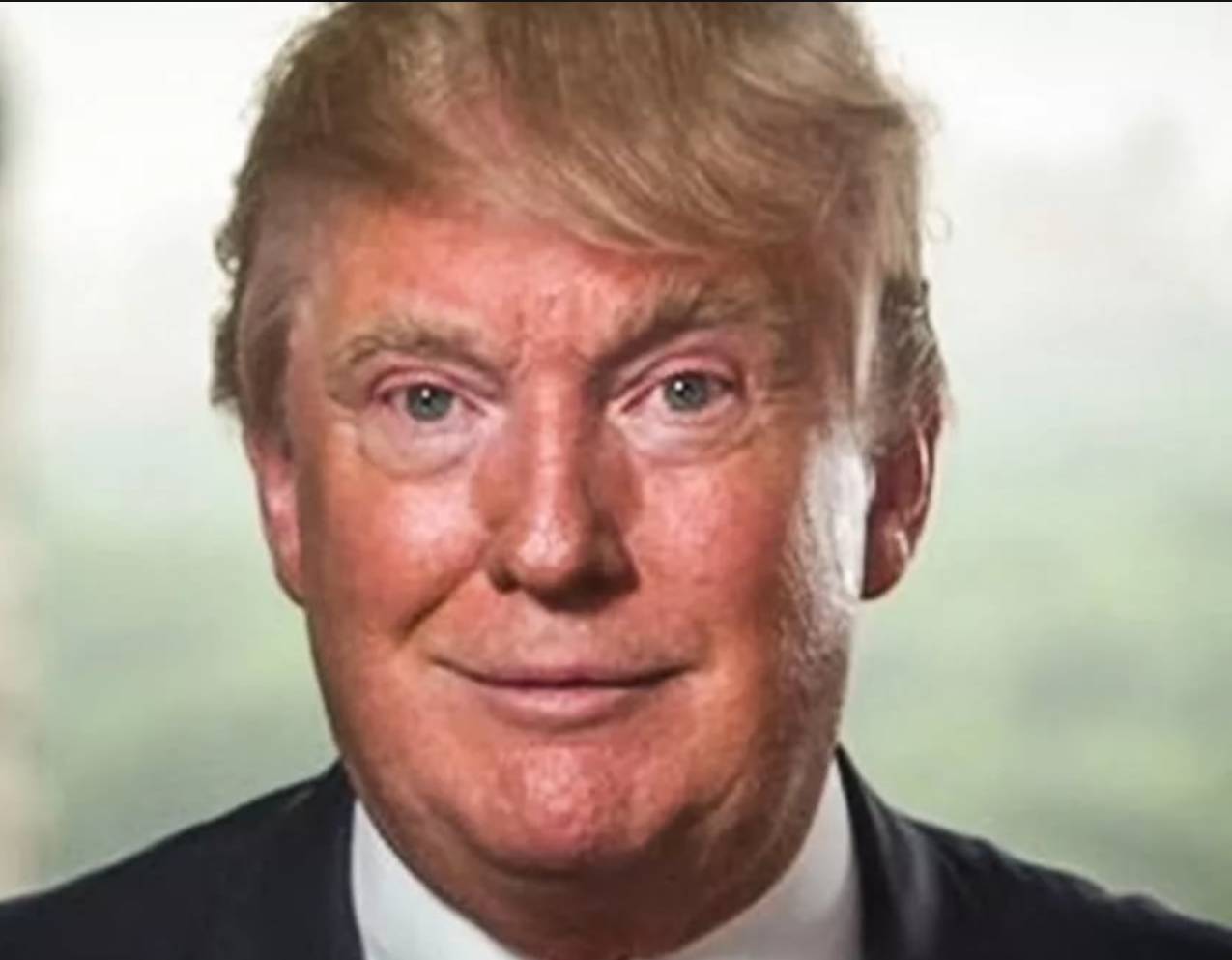 THE BOMBE IGNORANTI OF DONALD TRUMP

“Basically they were people who did not know how to use the weapon, which is horrible. I think it’s a terrible situation. I hate to see what happened with the bus because the children are pure: this is a show of horror ». This was the bitter comment in an interview with Axios ( and reported by Russia Today, link at the bottom of the page ) by US President Donald Trump after a Saudi air attack on the busy market town of Dhahyan in the north on August 9 of Yemen had hit a school bus, killing 43 children and mutilating many others.

Despite the fact that pieces of a MK 82 bomb 500-pound (227 kilograms) remote-guided lasers made by Lockheed Martin had been found on the site of the blast, the White House had moved the blame for the tragedy to the coalition’s inability to use the US properly supplied weapons. Of the 11 children killed in Syria by the probably “ignorant” bombs of Washington, on the other hand, there is obviously no comment as the Pentagon is all focused on assessing “military options” for a possible intervention in Venezuela aimed at overthrowing president-elect Nicolas Maduro and legitimizing the takeover of the pro-American coup, Juan Guaido, although the consensus of the population for Chavez’s heir is increasingly explicit as confirmed by the repeated demonstrations of tens of thousands of people in Caracas and the survey by the independent Hinterlaces society according to which 57% of Venezuelans support Maduro.

MOLOTOV OF THE GUERRILLES TO THE POLICE OF CARACAS

In Caracas the US wants to intervene in defense of human rights because according to them they would have been violated by the special departments of the Faes and the intelligence agents of Sebin although they intervened to defend the cities from very violent protests conducted by 2014 by real urban guerrillas of the pro-American opposition.

In Venezuela , in fact, as in Yemen and Syria bombs and bullets are not all the same. As the American geopolitical expert Noam Chomsky already wrote analyzing the democratic wars of Washington in fact, in the world there are “worthy victims and unworthy victims”.

The Yemeni children killed by Saudi missiles are “worthy” of “horror” and reprobation, not Syrian ones. Likewise, the Venezuelan rebel soldiers who in the summer of 2017 and January 2018 mutinied in the barracks attempting a military coup and obviously ending up partly killed in clashes with the government armed forces are worthy of honor, as the demonstrators died during the violent street protests, while the policemen loyal to Maduro victims of attacks are unworthy. Beyond the repeated accusations by the Western pro-golpist media about police and military repressions on the demonstrators, similar to those of their French counterparts on the Yellow Gilet, there are films that describe very different scenarios able to recall the attacks of the Palestinian terrorists of Hamas in the West Bank .

A report of 2017 in fact shows gruesome scenes that show how the opposition activists fomented by the leaders of Voluntad Popular , first Leopoldo Lopez (under house arrest precisely because condemned for inciting violence) and now Juan Guaidòthey also have urban guerrillas in their ranks that conduct paramilitary actions. In the film visible here ( from which we extracted the frames published above), in fact, we see young people with misrepresented faces and helmets preparing Molotov cocktails, a bomb attack on a squad of police riders, policemen overwhelmed and killed by a bus killed at murderous speed, a civilian set on fire during a demonstration, an agent burned alive in the street and tapped with a stick by a boy to see if he was still alive, rockets fired with bazooka and craft weapons.

In short, what are described as political manifestations are actually concrete signs of a civil war. But the US who would like to intervene there to defend human rights are the same ones who bomb and kill Syrian civilians with a hypocrisy that is equal only to that of Israel, another country that has recognized the self-proclaimed coup president Guaidò in Venezuela and that in Syria continues its religious war against the Shiites of the Lebanese and Hezbollah military forces of Forza Quds .

Attacks that do not have the least international legitimacy and are carried out for intimidatory purposes to force Syrian President Bashar Al Assadto break the alliance with those Shiite Islamic confession fighters (like the Alawis of his Bath party ) who have helped him to defeat the Sunni Muslim rivals of the Free Syrian Armysupported by the Isis jihadists . 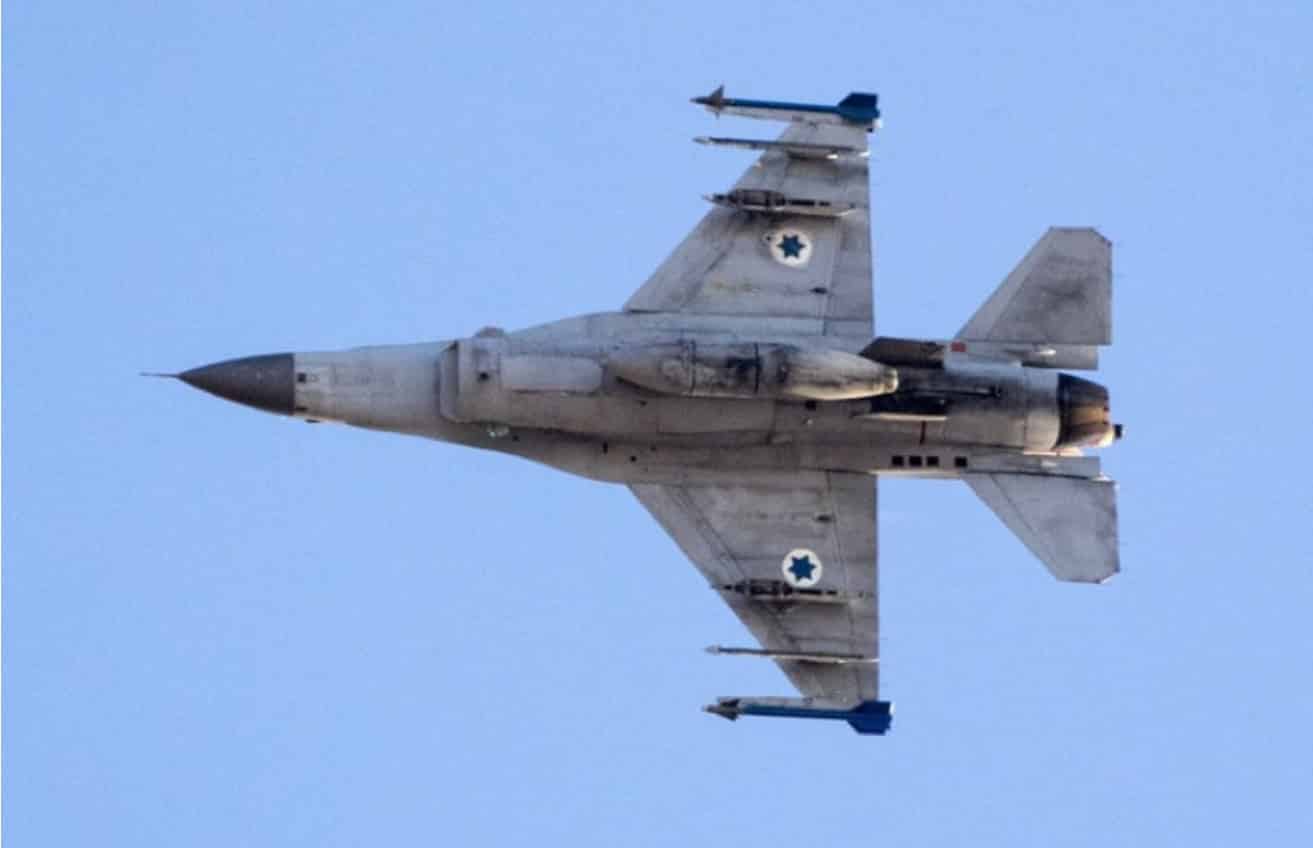 “A military source reported that at 18.30, the Israeli enemy struck Tal al-Douhor in Jabata al-Khashab , Tal al-Deria and Talet Khaled with a barrage of missiles. The source added that at 19.50 pm, the Israeli drones launched 4 missiles in the Quneitra hospital and one of the points affiliated to the security forces, stating that the damages were limited to the materials ». And ‘the synthetic note of the Sirian Arab National Agency (Sana) that last night, Monday, February 11, has drawn up the bulletin now daily of the raids of the’ Israel Defense Force (Idf) more and more intense since last November, since when Damascusannounced the reconquest of most of the country and the resumption of diplomatic relations with other Arab countries including Iran , feared but lately much less active than the Israeli government of Benjamin Netanyahu in sowing death and destruction in the world. “The journalist added that the Israeli aggression targeted a destroyed hospital in Quneitra along with a number of tanks and one of the Jabata al-Khashab observation centers,” Sana specifies. In recent weeks a rain of guided rockets on Damascus, only partially intercepted by the anti-aircraft equipped with the futuristic Russian S-300 systems, had made 11 victims among the military also damaging the civil airport of the capital and inducing the Syrian, and Iranian government, to threaten reprisals on that of Tel Aviv . As admitted by an IDF commander in 2018 about 2000 bombs were dropped on Syria. 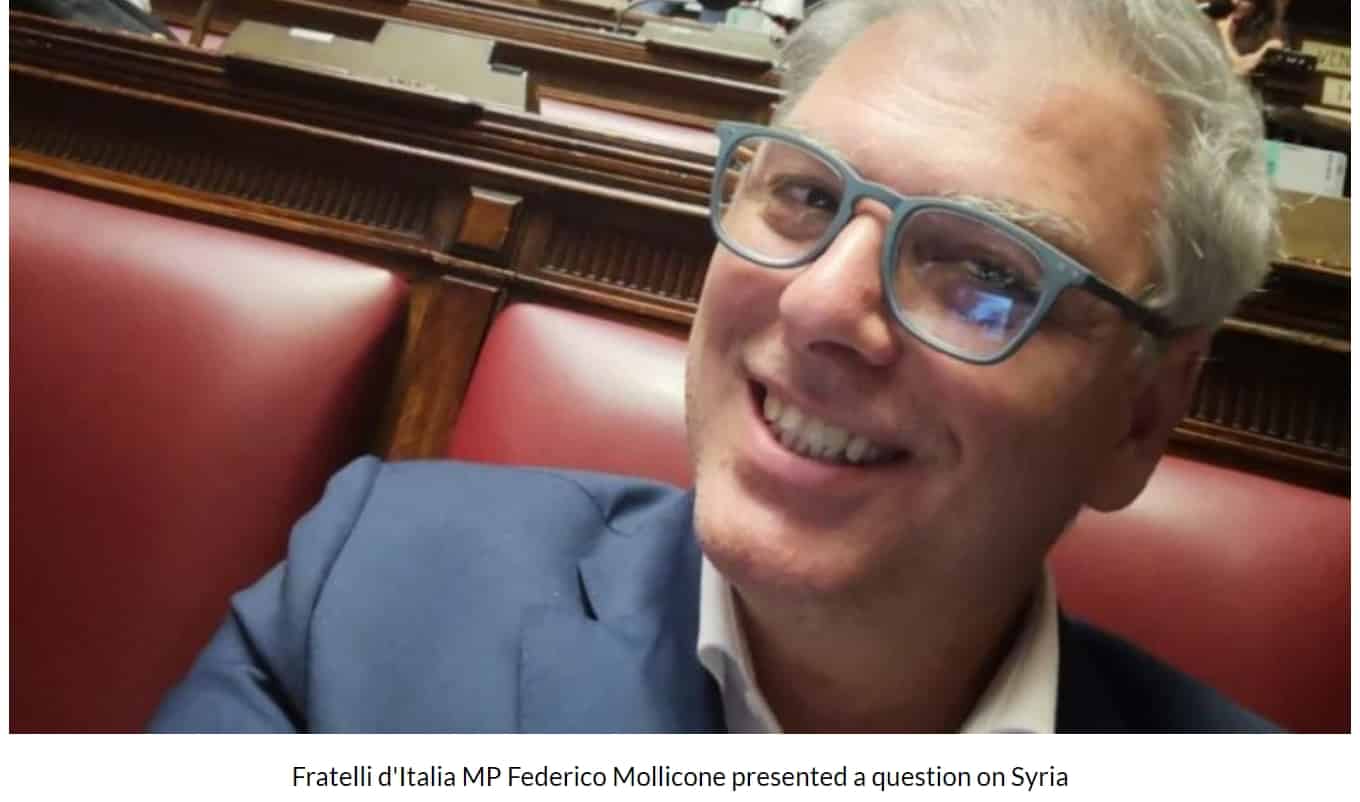 Meanwhile in Italy there are those who would rather resume relations with Syria . The deputy Federico Mollicone of Brothers of Italy , along with other parliamentary colleagues Paola Frassinetti, Carmela Bucalo, Carlo Fidanza and Luca De Carlo , has in fact filed a question to the Chamber with the Foreign Minister Enzo Moavero Milanesi on the subject. After reviewing the genesis of the Syrian civil war Mollicone highlights that “even the Catholic organizations, in particular the Equestrian Order of the Holy Sepulcher of Jerusalem and the Pro Terra Sancta Association , have denounced the persecutions and crimes committed by the Isisand instead they appreciated the action of the Syrian government in defense of the citizens of the Christian religion.

By now the Government of Damascus has reconquered 75 percent of its territory by defeating, with the help of the armed forces of the Russian Federation , ISIS and restoring normality in Aleppo and in the main cities. President Assad was re-elected president of Syria on 3 June 2014 with about ninety percent of the votes and will remain in office until 2021. The ISIS has been definitively defeated. The Arab League , in its next reunion of March 2019 in Tunis, is willing to re-admit Syria to its work and already some States, including the United Arab Emirates and Jordan, have ordinary relations of collaboration with the Government of Damascus ». Outlined the new scenario of international relations with Syria, the Deputy of Fdi points out that “the reconstruction of cities and infrastructures destroyed by civil war and aggression will entail a great technical and financial commitment that could involve Italian companies that in the past have always had intense trade and work relations with Syria “and therefore questions the Foreign Minister to know” whether the Government does not consider resuming full diplomatic relations with the Arab Republic of Syria, asking the representation currently residing in Vienna to open the Diplomatic office in Rome; if the Government will support, in the Council of the European Union , the abolition of sanctions against Syria “.

An indisputable step to sanction the release of Assad not only from the war, desired and piloted by the American president Barack Obamaand lost by him for the intervention of Russian President Vladimir Putin , but also by the image of infamy with which he was unjustly painted: just the same media that today attack Maduro. Mollicone therefore urges the Foreign Ministry to take a clear stance on Italy in relation to Syria. While more remains ambiguous that of the US: the Senate has in fact approved the further extension of economic sanctions against Damascus, the rejection of the withdrawal of troops from there as from Afghanistan where, in an operation passed over in silence on the media, the special Usaf wards would have freed 40 Isis commanders from Taliban prisons …