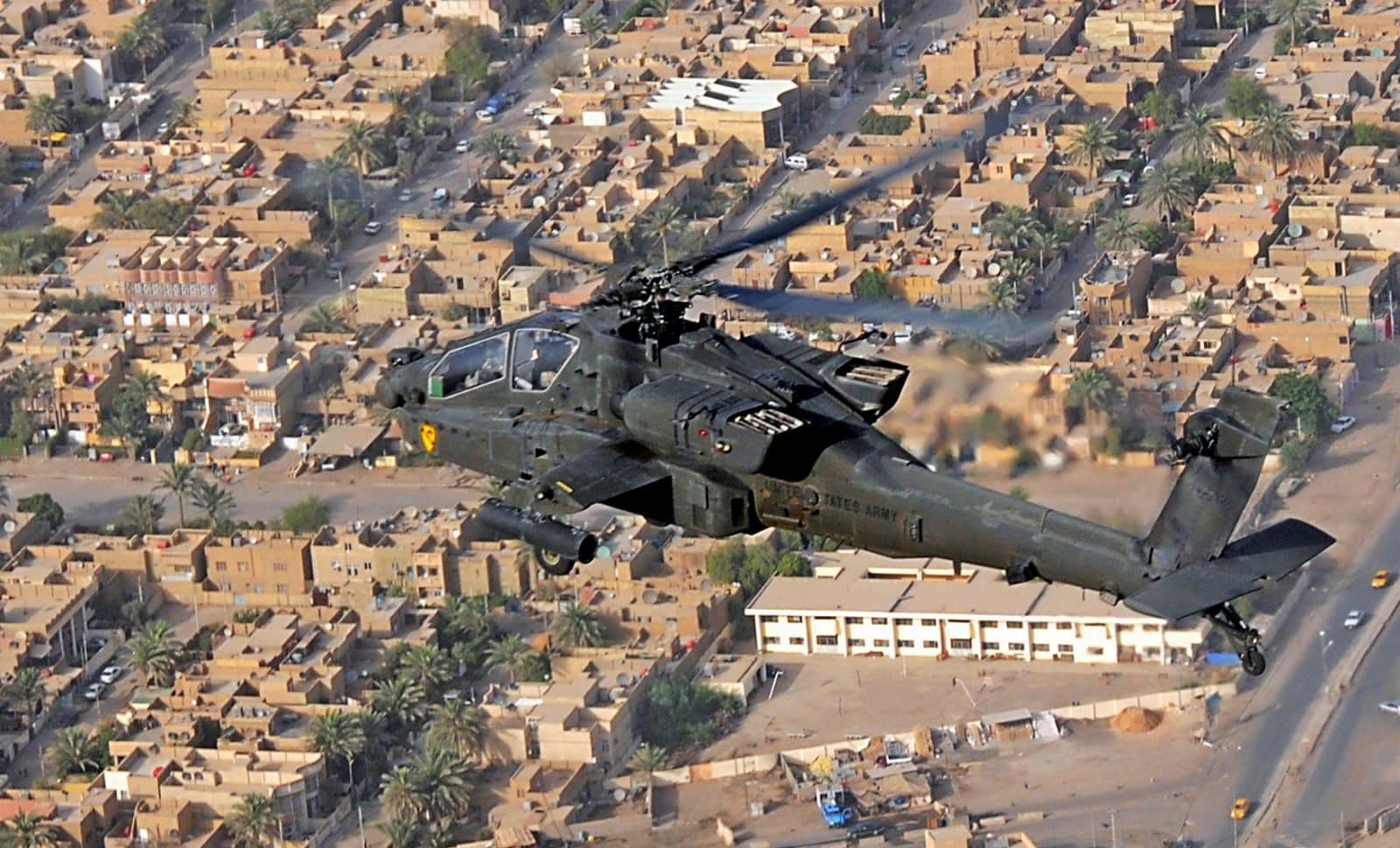 TEHRAN (FNA) – The US Army is taking ISIL’s gold treasure that is estimated to weigh around 50 tons from Eastern Syria to America, a source close to Kurdish forces said Sunday.

The Kurdish-language Bas News quoted a Kurdish source as saying that the Americans have transferred tens of tons of the gold ingots they have seized from the ISIL terrorists in Baghouz region in Southeastern Deir Ezzur to their own country and only kept a small portion of the treasure to be given to the Kurdish fighters.

The source who spoke on the condition of anonymity reiterated that about 50 tons of ISIL’s gold has been sent to the US from the US military base in Kobani in Northeastern Aleppo.

The report comes as the US has been using the airport in Southern Kobani for transferring consignments and military equipment in recent years.

In a relevant development last week, the US Army troops took out a sum of 40 tons of gold ingots belonging to the ISIL in heliborne operations after agreeing with the terrorist group and as Washington is preparing to announce the end of ISIL in Eastern Euphrates.

The sources pointed to boxes containing 40 tons of gold ingots that the ISIL had hidden in the Eastern part of the al-Shadadi city, and said that the ISIL had stolen the treasure of gold from the Iraqi city of Mosul and different parts of Syria.

The US troops reportedly took out a group of ISIL terrorist commanders from Eastern Syria in two heliborne operations in the Hajin region of Eastern Deir Ezzur and al-Dashisheh in Southern Hasaka and they were directed to the place where the gold treasure was hidden.

In a relevant development earlier this month, the London-based Syrian Observatory of Human Rights (SOHR) said the Washington-backed militants were trying to find and seize millions of dollars and at least 40 tons of gold left behind by the ISIL terrorist group,

The SOHR reported that the ISIL terrorists had stolen about 40 tons of gold and millions of dollars from the population once under their control in Iraq and Syria, which was later transferred to Eastern Euphrates in Eastern Deir Ezzur.

“The US-led coalition forces and the Syrian Democratic Forces (SDF) deliberately do not target the areas under the control of the ISIL terrorists and commanders in Eastern Euphrates in Deir Ezzur as they are trying to locate this treasure by forcing the ISIL militants to speak about its location after surrendering,” it quoted informed sources as saying.

They noted that part of the cash dollars and gold has been transferred from Turkey to the areas under the ISIL control by Turkish brokers and intelligence services who have close ties with the ISIL.

Meantime, an SDF Commander, Adnan Afrin, said that the ISIL is now under the siege of the SDF in an area no larger than one square kilometer in Eastern Euphrates.

In a relevant development on Tuesday, a prominent Syrian military expert revealed that Washington plans to transfer the remnants of the ISIL terrorists from Eastern Euphrates to other regions through Turkey and Iraq.

The Arabic-language website of Sputnik quoted Brigadier General Mohammad Issa as saying that less than 600 ISIL militants are stationed in a 4-km/sq region in Eastern Euphrates who will be soon evacuated from the region to foreign territories.

Issa questioned the US forces’ claims of fighting against the terrorist groups along with the Syrian Democratic Forces (SDF), stressing that the Syrian army will soon move to retake control over this region.

Media reports said last Sunday that the US army had agreed with the ISIL on the latter’s exit from areas under Washington’s control in Eastern Euphrates.

The US-led coalition troops and the SDF had reached an agreement with the ISIL terrorists on the militants’ retreat from areas under the control of the US and its allied forces, the Arabic-language al-Mayadeen TV news channel reported.

It pointed to the preparations by the ISIL to move its terrorists out of Eastern Euphrates and said that the ISIL terrorists might be transferred to al-Anbar desert of Badiya al-Tanf in Western Iraq.

The report comes as the SDF claimed that it had started the final battle for uprooting the remaining elements of the ISIL from Eastern Euphrates.

Also, the Arabic-language service of RT quoted media activists as saying on Saturday that the US-led coalition forces have carried out heliborne operations in the Eastern Badiyeh of Deir Ezzur.

It added that two US Apache helicopters have landed in Falitah region of Eastern Badiyeh of Deir Ezzur, taking away 7 big boxes whose contents were not known.
from the Washington Post, 2014:  ISIS just stole $425 million, Iraqi governor says, and became the ‘world’s richest terrorist group’

Of the many stunning revelations to emerge out of the wreckage of Mosul on Wednesday — 500,000 fleeing residents, thousands of freed prisoners, unconfirmed reports of “mass beheadings” — the one that may have the most lasting impact as Iraq descends into a possible civil war is that the Islamic State of Iraq and Syria just got extremely rich.

As insurgents rolled past the largest city in northern Iraq, an oil hub at the vital intersection of Syria, Iraq and Turkey, and into Tikrit, several gunmen stopped at Mosul’s central bank. An incredible amount of cash was reportedly on hand, and the group made off with 500 billion Iraqi dinars — $425 million.

The provincial governor of Nineveh, Atheel al-Nujaifi, said that the radical Islamists had lifted additional millions from numerous banks across Mosul, as well as a “large quantity of gold bullion,” according to the International Business Times, which called ISIS the “World’s Richest Terror Force.”

The declaration isn’t an easy one to fact-check. Not only is the definition of “terrorist” nebulous — are murderous but wealthy Mexican cartels terrorists? — it’s also exceedingly difficult to quantify a terrorist organization’s finances. One of the closest stabs anyone has made comes from the well-versed Money Jihad.

According to its analysis, which drew on journalistic and academic accounts, the cash seizure would make ISIS the richest terrorist organization in the world — at least for the time being.

The newfound wealth at ISIS’s disposal now makes it richer than many small nations, including Nauru, Tonga and the Marshall Islands.

For a terrorist group that operates more and more like a de facto state governing a huge swath of land spilling across Syria and Iraq, the potential impact could be huge. By nearly every measure, Iraq is embroiled in civil war. With lightning speed, not deterred by Iraqi soldiers running scared, the insurgency on Wednesday moved within 70 miles of Baghdad, which analysts say is “definitely vulnerable,” according to The Washington Post’s Liz Sly and Loveday Morris.

Iraq Prime Minister Nouri al-Maliki called a national state emergency and said in a televised news conference that “Iraq is undergoing a difficult stage.” He called on everyone in the government “to confront this vicious attack, which will spare no Iraqi.”

Complicating that call to action, however, is ISIS’s money. It will “buy a whole lot of Jihad,” regional analyst Brown Moses wrote on Twitter. “For example, with $425 million, ISIS could pay 60,000 fighters around $600 a month for a year.”

According to research by the intelligence consultancy Soufan Group, ISIS may not have much trouble attracting that many fighters — if it doesn’t have that many already. Soufan Group said ISIS has attracted 12,000 militants from abroad already, 3,000 of whom are from the West.

Iraqi government forces, meanwhile, appear deflated and disillusioned. “The state is weak,” one infantryman told the New York Times. “This will be an endless battle.”

Another officer conceded to the Independent that “we can’t beat them. They’re trained in street fighting and we’re not. We need a whole army to drive them out of Mosul. They’re like ghosts; they appear to hit and disappear within seconds.”