Health Editor’s Note:  A diagnosis of breast cancer is usually preceded by a suspicious area on a mammogram, then perhaps an ultrasound, and then a biopsy. At a breast care facility that is well versed and prepared to deal with getting a  woman on track for best treatment of breast cancer, this will probably involve immediate ultrasound and then ultrasound with biopsy done as soon as the patient requests. The biopsy can be done before leaving the ultrasound room in the radiology department, immediately after the positive reading of the mammogran.  No more going home and waiting for your “doctor” to receive the results of your mammogram.  The doctor (often a gynecologist or maybe your primary healthcare provider) who ordered the mammogram for a suspicious area or for a yearly screening,  will receive the biopsy results and get you immediately scheduled with a breast surgeon who will determine type of surgery required and after evaluation of the removed tumor tissue and most probably lymph nodes associated with that area of the breast, will then recommend an oncologist that he or she has the most confidence in. If the particular treatment for your particular type of breast cancer requires radiation, you will also be set up with an oncology radiologist. No patient question will be too small to be asked.

The most important aspect of moving forward in removing/treating breast cancer is a seamless route for the patient, a road where everyone involved is on board with what comes next and above all on top of how the patient is doing at any given time.  There is an intense necessity for all of the doctors involved in a woman’s healthcare to combat breast cancer (or any type of cancer) to communicate to provide the top notch care she should and will receive and to help her to avoid the dread of being diagnosed with cancer and the feeling of being out of control of her own body…..Carol

A survey of primary care physicians (PCPs) showed that as many as a third reported involvement in patients’ breast cancer treatment decisions, but many of them were uncomfortable with the discussions or lacked knowledge or confidence.

PCPs most often discussed surgery with patients (34%), followed by radiation therapy (23%), and chemotherapy (22%). Among the clinicians who were involved in discussions about treatment, as many as 25% said they were uncomfortable with the discussions. About 10-20% said they lacked knowledge or confidence in their ability to contribute, as reported online in Cancer.

“As initial treatment options for early-stage breast cancer increasingly become more nuanced, PCPs may be more often consulted by their patients for their input,” said Lauren P. Wallner, PhD, of the University of Michigan in Ann Arbor, and co-authors. “As such, efforts to educate PCPs about the specifics of the various treatment options so that they can effectively support patients in making high-quality decisions appear warranted.”

The findings did not come as a surprise and are consistent with other evidence on the topic, said Richard Wender, MD, of the American Cancer Society. The results reflected a bell-shaped curve of knowledge and comfort for PCPs’ involvement in cancer treatment decisions: Some primary care doctors feel more prepared and confident about the discussions than others do.

However, Wender took issue with the authors’ suggestion that education of PCPs about cancer treatment decisions would be helpful.

“Primary care physicians — and their teams — have an incredible amount of responsibility on their plates,” said Wender, speaking from a background in primary care. “They have enormous responsibility in cancer care for behavioral counseling, for vaccinations, for screening, and for survivorship follow-up and well care. It’s not realistic to think we’re going to be able to enhance primary care physicians’ knowledge of cancer treatment options to a great extent.”

Instead, he would like to see more interaction between oncologists and primary care practitioners to establish some basic principles about cancer care to apply in discussions with patients.

A spokesperson for the American Society of Clinical Oncology cited an ASCO statementon survivorship care plans, which emphasized the need for increased communication among oncologists, patients, and PCPs. The spokesperson also referenced the National Academies of Sciences, Engineering, and Medicine report “Lost in Translation,” which identified communication and coordination of care between the oncology team and primary care providers as an essential component of survivorship care. Wallner and coauthors noted that treatment decisions for patients with early-stage breast cancer involve discussions among multiple oncology providers, but the participation of PCPs in treatment decisions remained unknown. To investigate the issue, they surveyed 517 PCPs identified from Georgia and Los Angeles registries participating in the NCI Surveillance, Epidemiology, and End Results program.

Respondents indicated how often they discussed surgery, radiation therapy, and chemotherapy options with patients who had early-stage breast cancer; how comfortable they were with the discussions; whether they had the knowledge to participate in decision making; and how confident they were in their ability to help.

The results showed that the survey participants most often discussed surgery with patients, whereas discussions about radiation therapy and chemotherapy occurred less often but to a similar degree. PCPs who expressed more confidence in their knowledge of treatment options were more likely to have discussions with patients.

The authors acknowledged several limitations of the study: there was no direct measure of PCP involvement in decision making; the inherent limitations of a cross-sectional study; there was no information about the quality or content of discussions with patients; and an inability to account for confounding factors.

The authors also cited prior researchinvolving prostate cancer, which showed that PCP participation did not influence treatment decisions.

The study was supported by the National Cancer Institute, the CDC, the California Department of Public Health, and the Cancer Prevention Institute of California. 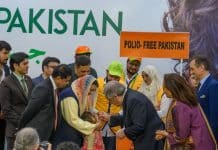