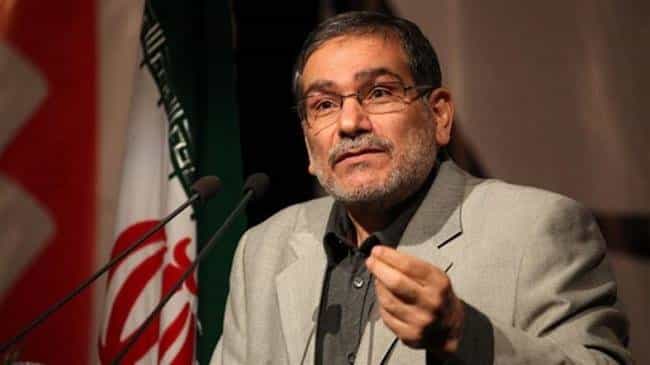 [ Editor’s Note: This was a teaser of a story. Iran’s position of not wanting to engage in a new agreement, and thus reward the US for breaking the old one is perfectly rational.

Tehran has put on the table for the first time that the US must come back into the JCPOA to establish its credibility as a negotiating partner before any new talks begin – quite a curve ball.

Rarely mentioned anymore in the coverage of this dispute is the JCPOA having been in negotiation for ten years, and where the US and the UNSC “both” signed. So we have the US not only reneging with Iran, but also on all the other members of the UNSC.

Inquiring minds would like to ask why that behavior would encourage the world to be content with the US being the unipolar power.

On the contrary, many might choose it last, due to its continuing belligerent behavior on all fronts since Mr. Trump and his gang took power in DC.

I was talking with Gordon about what Iran was being so coy about with its veiled threat to block oil exports out of the Gulf. His point was that a blockade is legal, as the US had done them before, and the Saudi coalition blockaded Yemen last year, including food and medical supplies.

A blockade would drive oil prices through the roof, which I assume would be the intent, to give the world a taste of what it would be like if a war would happen there. The difference would be that an Iranian blockade could be reversed quickly, with all oil infrastructure in place so things could quickly get back to normal.

But if a war started and both sides crippled each others’ oil export infrastructure in the Gulf, then exports would be greatly curtailed for several years, enough to trigger a world recession. Who would be blamed – the anti-Iran coalition or Iran itself? … Jim W. Dean ]

A senior Iranian official says the Islamic Republic has devised new plans to counter US sanctions, which eliminate the need for a deal with Washington.

“Basically, [negotiating] a deal with the administration of [US President Donald] Trump is wrong because it would indicate [our] acceptance of US violations of its commitments [under a 2015 nuclear deal],” Secretary of Iran’s Supreme National Security Council Ali Shamkhani said in an interview with Tasnim news agency published on Saturday.

He added that there was no way to guarantee that the future US administration would comply with a possible new agreement.

He emphasized that Washington had better prove its goodwill, lost as a result of its excessive demands, by living up to its commitments under the nuclear accord, officially known as the Joint Comprehensive Plan of Action (JCPOA).

Trump withdrew Washington in May 2018 from the landmark Iran nuclear agreement, reached between Tehran and the P5+1 group of countries, and decided to re-impose unilateral sanctions against the Islamic Republic.

Trump’s administration announced re-imposition of the “toughest” sanctions ever against Iran’s banking and energy sectors with the aim of cutting off the country’s oil sales and crucial exports.

Under the deal, Iran undertook to put limits on its nuclear program in exchange for the removal of nuclear-related sanctions.

Pointing to the ongoing tension in Venezuela, Shamkhani said the situation in the Latin American country proved that Iran should not trust the US or engage in any talks with it.

“Venezuela has neither a nuclear program nor missile capabilities …but the US seeks a coup and a regime change there,” he added.

The senior Iranian official also said that Tehran had many options at hand, apart from closing the Strait of Hormuz, to “neutralize the illegal US sanctions” on its oil exports.

“Cutting off oil exports does not necessarily mean the closure of the Strait of Hormuz and there are various methods to implement it, but we hope we will not be forced to use them,” Shamkhani added.

Iran’s Foreign Minister Mohammad Javad Zarif said on Friday that Tehran’s measures to cushion the impact of the US sanctions against the country would take the US president by “surprise.”

PressTV-‘Trump to be surprised by Iran’s response to sanctions’

Iran’s foreign minister says the country will definitely counter the US sanctions through the means it has.

Speaking in an interview with the Swiss newspaper Basler Zeitung published in German, Zarif pointed to the US’ bid to cut Iran’s oil exports down to zero, and said it was still unrealistic to think Washington could exclude Iran from the oil market.

However, he said, even if all customers of the Iranian crude oil decided to bow to the US pressure, the Islamic Republic had “other means” at its disposal.

The SNSC secretary further played down the war rhetoric by the US and its allies against Iran and said they were intensifying their threats because they knew they could not go to war with the Islamic Republic.

Trump does not seek to engage in a war with Iran but he makes such threats in order to prevent a war, he pointed out.

In a wide-ranging exclusive interview with NBC News earlier this month, the Iranian foreign minister warned the US and its allies that it would be “suicidal” to go to a war with Iran.

PressTV-War with Iran would be suicidal for US, allies: Zarif

The “same gang” behind the Iraq invasion are “at it again,” the Iranian foreign minister said.