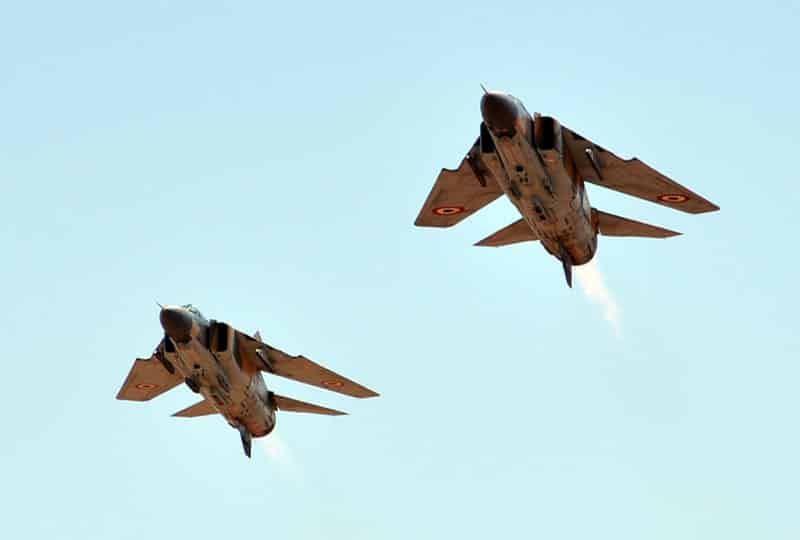 [ Editor’s Note: I have been wondering why Syria was waiting so long to begin wearing down the HTS jihdadis after they took over most of Idlib. In the earlier build up for an Idlib advance the Syrian air force and Russians began a systematic destruction of command, equipment and munitions positions to reduce the casualties the militants could inflict on the SAA.

Turkey has been a continuing problem, most lately being the main logistics supporter for HTS, when it is one of the guarantors of the Astana group. But both Turkey and Iran have not called Erdogan out on his double game of pretending to honor Syrian territorial integrity while holding onto a big chunk of it as a bargaining tool.

Syria did have reasons to hold back, caught up in wanting to tie up militant loose ends in the South, in the central Homs desert, and waiting for ISIS to have its bases reduced in Deir Ezzor, which seems to have finally happened.

Turkey’s threats to impose its own buffer zone inside Syria was and is, dead on arrival and. Even posing it was whizzing on Syrian territorial integrity. What seems more likely to happen is a multi-national force put in along the border with Turkey as a participant as both Russian has said no to a Turkish one without Damascus approval.

That will leave the Kurds twisting in the wind on getting sovereignty, but still getting arms and supplies from the US coming in from Iraq who has been quiet about allowing that to happen from its territory. The Syrian Kurds will be able able to call on US air cover when it wants. They have been warm and cold in negotiations with Damascus who cannot risk getting into a situation of a major battle for Idlib with potential ones possible in the border area if Turkey came in by itself.

In Deir Ezzor, we could even see the SDS take “defensive” positions on the west side of the Euphrates to be in position to supply guerrilla jihadis in the Homs desert to distract Syria concentration on clearing Iblib.

On the bright side, the UAE, who provided major funding and weapons support to the proxy terror war in Syria, is giving it $2 billion for food and reconstruction aid. The terms of the transaction, what it wants in return, are not public yet… Jim W. Dean ]

For the first time in more than five months, warplanes of the Syrian Arab Air Force (SyAAF) carried out airstrikes on positions of radical militants in the southern Idlib countryside.

The twenty airstrikes, which took place on the morning of on February 24, covered the towns of Sukayk, Tamana, Khwein, Zarzur and Khan Shaykhun, according to Syrian opposition sources.

The SyAAF halted its activates over the opposition-held areas in northwestern Syria following the Russian-Turkish demilitarized zone agreement on Idlib last September. This pause ended on February 24.

The aerial attack was likely a response to the repeated violations of the demilitarized zone agreement. In the last two weeks, militants shelled many residential areas in Lattakia, Hama and Aleppo, including Qurdaha, the hometown of Syria’s President Bashar al-Assad. At least one civilian was killed in these attacks.

The demilitarized zone agreement appears to be on the brink of collapse. Turkey has failed to fulfill its commitments to separate terrorists from the “moderate opposition”. If the agreement collapses, Damascus and its allies will likely opt for a limited military operation against Idlib’s militants.