WASHINGTON — Hefty new annual projections on healthcare spending emerge from the Center for Medicare; Medicaid Services (CMS), and the FDA takes heat over its handling of a fentanyl Risk Evaluation and Mitigation Strategy (REMS) program and warns on unproven young plasma infusion therapies.

The estimated growth in spending, an average of 5.5% annually over the next decade, will be driven largely by an influx of baby boomers enrolling in Medicare, income growth, and the rising costs of medical goods and services, according to the projections published in Health Affairs on Wednesday.

Actuaries also anticipate that the health spending share of gross domestic product (GDP) will jump from 17.9% in 2017 to 19.4% by 2027, due to annual health spending growth outpacing annual GDP growth by 0.8%.

“In short, we expect … that health spending over the next decade to be driven by long-observed demographic and economic factors that are fundamental to the health sector in contrast to the last decade,” noted lead author Andrea Sisko, PhD, an economist for the National Health Statistics Group in the Office of the Actuary, referring to the impact of the “Great Recession” and ACA implementation.

The FDA did not take action when evidence emerged that potentially lethal fentanyl products were being prescribed inappropriately to patients, researchers suggested.

Based on a review of 4,877 pages of FDA reports and other documents obtained through the Freedom of Information Act, as many as half of the patients taking highly potent transmucosal immediate-release fentanyl (TIRF) drugs should not have been prescribed them, reported G. Caleb Alexander, MD, of the Johns Hopkins Bloomberg School of Public Health in Baltimore, and colleagues in JAMA.

And when this evidence emerged, the FDA and fentanyl makers did not review prescribing records of any physicians or consider disqualifying them from a special certification program to prevent them from prescribing the drugs, Alexander said.

TIRF drugs are used to manage breakthrough pain in adult patients with cancer. Because fentanyl’s potency can cause life-threatening respiratory depression in patients who are not already taking opioids, TIRF medicines are designed to be limited to opioid-tolerant patients.

“Not only did we see that large numbers of patients were unsafely prescribed these products, but we also found that the FDA and manufacturers missed opportunities to revise the program once these deficiencies were identified,” Alexander told MedPage Today.

Around the country, “unscrupulous actors” are selling infusions of plasma from young donors to treat disorders and diseases ranging from memory loss to heart disease to Alzheimer’s, and the FDA is not having it.

Proteins in plasma have long been used to manage bleeding and “clotting abnormalities,” said FDA Commissioner Scott Gottlieb, MD, in a statement on Tuesday.

But “[t]here is no proven clinical benefit of infusion of plasma from young donors to cure, mitigate, treat, or prevent,” the conditions for which the product is currently being marketed in some states. “Plasma is not FDA-recognized or approved to treat conditions such as normal aging or memory loss, or other diseases like Alzheimer’s or Parkinson’s disease,” Gottlieb continued.

“Moreover, reports we’re seeing indicate that the dosing of these infusions can involve administration of large volumes of plasma that can be associated with significant risks including infectious, allergic, respiratory and cardiovascular risks, among others,” he said.

“We strongly discourage consumers from pursuing this therapy outside of clinical trials under appropriate institutional review board and regulatory oversight,” Gottlieb said.

The commissioner also said he would “consider taking regulatory and enforcement actions against companies that abuse the trust of patients and endanger their health.”

On Tuesday, the FDA’s Oncologic Drugs Advisory Committee will weigh the risks and benefits of selinexor tablets for treating relapsed/refractory multiple myeloma.

And the Senate Health, Education, Labor and Pensions Committee will examine drug prices in America.

On Wednesday, a subcommittee for the House Committee on Education and Laborwill explore efforts to protect healthcare and social service workers from violence.

And a subcommittee for the House Committee on Appropriations will evaluate the Trump administration’s Unaccompanied Alien Children Program.

Also, the American Enterprise Institute will host a briefing on navigating the opioid epidemic.

And the Atlantic will provide multiple perspectives on the future of American healthcare under a new congress.

And one more, a subcommittee for the House Committee on Energy & Commerce will assess the response to the current measles outbreak.

On Thursday, a subcommittee for the Senate Appropriations Committee will discuss the prevention, treatment, and recovery efforts related to opioids. 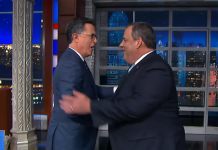 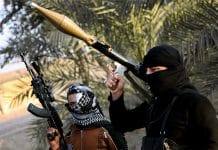