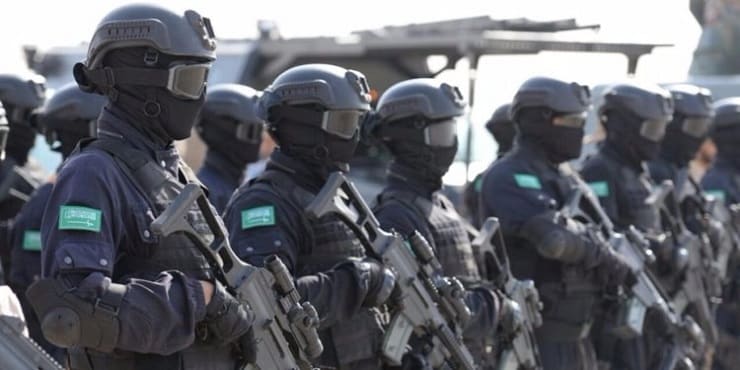 [ Editor’s Note: Gordon takes us on another deep dive into the Deep State’s shorts, with a side visit to Saudi Arabia about their long nuclear program, buried in military budget with only a thin sheet over it.

In geopolitical events, one conflict seems to be getting settled, while two conflicts seem to be cranking up, like a high stakes pea-and-shell game that only a few players can afford to play, and of course the public always loses.

We had a big huff about the Mueller report coming in this week; but once again, the quiet man on the mountain did not show his cards, and will not, until he is ready. All the banter about what will the public get to hear is a bit silly.

There are multiple ways around any road blocks that might be put in the way, via direct Congressional testimony where the Dems will roll out the red carpet, and also the NY prosecutor’s office, which will take over with round two of continuing investigations that will trail Trump all the way to election day 2020.

He may get to hate the job eventually, desperate to get a 2nd term so the statute of limitations will run out on some of the early charges. Expect to see him turn the government contracting spigots on to earn the financial support he hopes to ride to victory again.

In California today a man was released from life in prison, after 39 years. DNA evidence and the rare cop working to set him free has him out at age 79. The flip side to this is the President we have now, who has maybe the world’s record of non-convictions for stuff he really did. You just can’t make this stuff up… Jim W. Dean ] 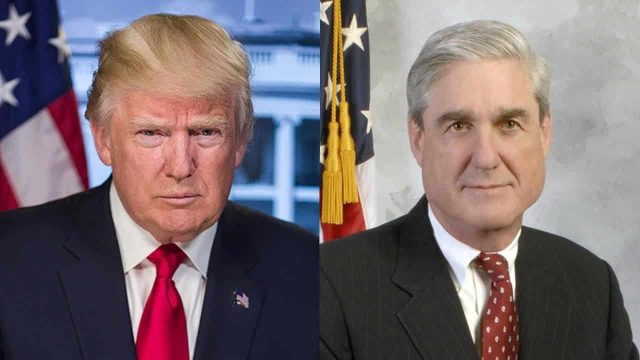 As February 2018 draws to a close, the Mueller investigation into Russian complicity in America’s 2016 election is only “window dressing.” Illegal payoffs to prostitutes out of Trump inaugural and campaign funds, Trump’s fraudulent foundation, his interference in the investigation itself and his traitorous “friends” will override the original Russia tale.

However, as the US is poised to leave Syria, other fallout from RussiaGate is throwing up roadblocks.

Key to this is the nature of Trump’s real issues – longtime personal financial disasters, endless bankruptcies, tax fraud and a lifetime of cozying up to mob figures just to survive in the sewer of New York’s business and political world.

This threw Trump, early on, into the hands of mob boss Roy Cohn and acolytes like Roger Stone and Felix Sater. With Sater came a bevy of supposed “Russian oligarchs,” each and every one, however, organized crime figures with ties to Israel, the Israel lobby and rogue Russian criminal elements that fled to the US with the collapse of the Soviet gulag system.

Thus, Trump’s alliances with Russia and Putin, which are covertly fed to the press by intelligence agencies that want Trump to be a “hand puppet,” are actually a “cover and deception” to keep the real behind-the-table deals under wraps.

Another deception operation is being run by Israel against Syria, and yet another by Saudi Arabia against Iran and Yemen. Let me explain.

There is little doubt that Iran would be keeping the forces they have inside Syria, where their welcome is limited, if relations between Turkey, Iran and Russia weren’t complicated by Russia’s relationship with Israel. Inside Syria, Russia and Iran are no longer allied against ISIS, a war over for some time; and Israel has used this remaining presence of Iran to push forward high-risk military operations.

This is done more to keep Trump under control through Israeli assets like John Bolton and so many others, rather than to really protect Israel. The cascade effect of this, and other moves, all totally phony, touch every aspect of the region.

Trump’s personal finances left the door open to Israel getting close to him, initially through Roy Cohn and Sater, but later Trump inherited the entire bevy of Israeli-owned Neocons that drove the US to war after 9/11. They are all there, and Trump is drowning in them.

All the while, Trump is kept off balance, and emotionally unstable, fending off endless attacks due to his personal vulnerabilities, his crooked foundation, his dependence on mob underwritten lines of credit from Deutsche Bank, and the potential for income tax evasion charges as well.

While he defends himself, he continues to rack up obstruction of justice charges and every communication with associates may well lead to conspiracy or mail and wire fraud charges as well.

This has left him dependent on Jared Kushner, born into an organized crime family that Trump should have known enough to keep his daughter away from.

Kushner has used his position to cozy up to the Saudis, coming away with hundreds of millions in illegal loans while, according to sources now entering the MSM as well, offering the Saudis advanced nuclear weapons technology and, according to a careful “read” of now published materials, a fully equipped American-built, nuclear weapons production facility as well.

“With Israel issuing direct threats against both Syria and Iran of thermonuclear devastation if either nation retaliates against Israeli bombing attacks, the world moves closer to the brink. Many factors, including and especially Israel’s internal political collapse, are pushing the world toward a wider conflict. American political instability makes things even worse.

What has been ignored is the level of threat Saudi Arabia represents, a politically primitive nation with a massive defense budget and some very dark secrets, some of which will be revealed here.

Too many in the world believe that “cooler heads will prevail,” perhaps like they did in August 1914? The point is simple, what the public knows, what the public believes, about the nature of nuclear weapons, who has them, how many are out there, and how political and military leaders almost continually advocate their secret use, is fantasy.

The truth is out there, but real whistle blowers seldom live to tell the tale. Some do, and I know them.

To begin with, let’s talk about Saudi Arabia. IT has a larger military budget than Russia, but Russia spends much of ITS budget on a huge standing army, a significant navy, dozens of nuclear submarines and a massive thermonuclear missile capability supported by an equally huge stockpile of nuclear weapons.

Saudi Arabia spends more than Russia but has a small navy, a very small standing army, mostly foreign mercenaries or troops “hired” from “allies.” Their budget makes no sense unless you examine it carefully. Saudi Arabia spends up to 40% of its military budget on nuclear weapons and delivery systems. This is why they are caught lying so often when claims are made about how many weapons they buy each year from Britain and the US. The real delivered numbers are miniscule, and Saudi Arabia depends on American bombs, American refueling and even Israeli planes in their war on Yemen.”

Truth be told, without the RussiaGate investigation, Trump might well have been able to leverage Saudi Arabia into a more rational international position. Let’s begin with what is obvious, that Trump was blackmailed into leaving the JCPOA agreement with Iran, and we believe going after Iran for a non-existent nuclear program was done to cover for a burgeoning Saudi nuclear program.

Similarly, America was pushed into picking up the bill for air operations against Yemen as well, supplying fuel and bombs as foreign aid to cash-heavy Saudi Arabia, more blackmail as well, as an audit at the DOD caught this “oversight.”

Behind it all looms RussiaGate, and an endless flood of stories, many manufactured out of hot air, of fake “whistleblowers” and political manipulation.

For another instance, when Trump cut off Pakistan from US aid, and handed Afghanistan over to the Taliban, this strengthened Saudi Arabia in the region and pushed Pakistan’s new leader, Imran Khan, into an even stronger military alliance with Saudi Arabia, either that or risk offending Pakistan’s powerful and cash hungry military.

To keep the pressure on Pakistan, terror acts have been staged in Baluchistan against Iran, at the Afghanistan-Pakistan border, and in Kashmir involving India, all with the fingerprints of both Britain’s MI 6 and Israel’s Mossad clearly to be seen.

All the while, the US has attempted to leverage the EU into wars, both “hot” and “cold” against Iran, using the recent Munich Security Conference and other forums.

This is coordinated with moves against Crimea by an emboldened Kiev regime, and American threats against Venezuela.

The managerial mechanisms, using chaos theory, involve staged terror events, fake intelligence, blackmail and bribery of Trump and those around him, and manipulation of oil and currency markets as well.

The goal, of course, is a continued Trump administration as his personal judgement deteriorates, as Trump sees all around him turn against him, as everything he has done in his life comes under scrutiny of the Democratic-controlled House of Representatives guided by an expected Mueller “tale of horrors.”

The security of no nation is really in the balance, only the coffers of criminal elites who for “pocket change” have gained control of Trump team members as they have with Israel’s Likudists and key figures in NATO as well.

Chaos and instability aren’t a security issue anymore. It is the basis of a new system of economics.