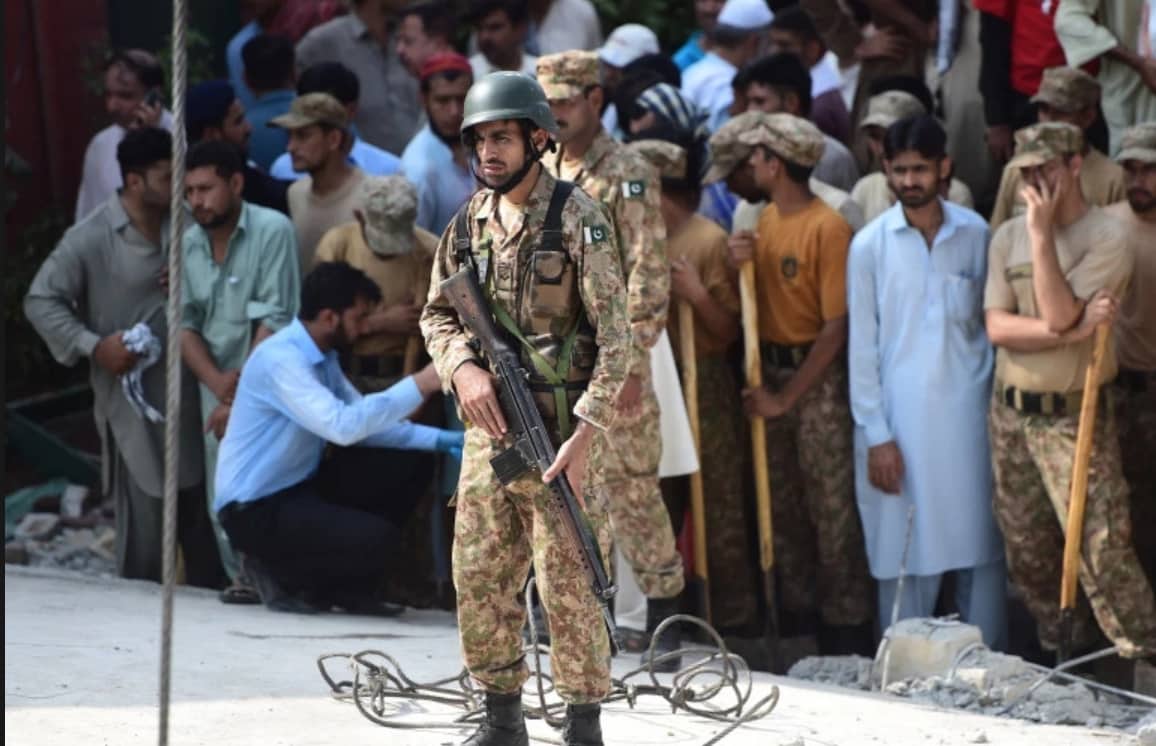 After losing tens of thousands of lives to terror attacks during the last decade, an across-the-board consensus has developed among Pakistan’s mainstream political forces that the policy of nurturing militants against regional adversaries has backfired on Pakistan and it risks facing international isolation due to belligerent policies of Pakistan’s security establishment.

Not only Washington, but Pakistan’s “all-weather ally” China, which plans to invest $62 billion in Pakistan via its China-Pakistan Economic Corridor (CPEC) projects, has also made its reservations public regarding Pakistan’s continued support to jihadist groups.

Thus, excluding a handful of far-right Islamist political parties that are funded by the Gulf’s petro-dollars and historically garner less than 10% votes of Pakistan’s electorate, all the civilian political forces are in favor of turning a new leaf in Pakistan’s checkered political history by endorsing the policy of an indiscriminate crackdown on militant outfits operating in Pakistan. But Pakistan’s security establishment jealously guards its traditional domain, the security and foreign policy of Pakistan, and still maintains a distinction between the so-called “good and bad Taliban.”

Regarding the question does Pakistan have the capability to eliminate terrorism from its soil, Pakistan is evidently a police state whose civic and political life is completely dominated by military and affiliated security agencies. In order to bring home the military’s absolute control over Pakistan’s politics, an eye-opening incident that occurred last November is worth noting.

On the evening of November 2, Maulana Sami-ul-Haq was found dead in his Rawalpindi residence. The assassination was as gruesome as the murder of Saudi dissident Jamal Khashoggi at the Saudi consulate in Istanbul a month earlier on October 2. He was stabbed multiple times in chest, stomach and forehead.

Sami-ul-Haq was widely known as the “Godfather of the Taliban” because he was a renowned religious cleric who used to administer a sprawling religious seminary, Darul Uloom Haqqania, in Akora Khattak in northwestern Pakistan.

During the Soviet-Afghan War in the 1980s, the seminary was used for training and arming the Afghan jihadists, though it is now used exclusively for imparting religious education. Many of the well-known Taliban militant commanders received their education in the seminary.

In order to understand the motive of the assassination, we need to keep the backdrop in mind. On October 31, Pakistan’s apex court acquitted a Christian woman, Asia Bibi, who was accused of blasphemy and had been languishing in prison since 2010. Pakistan’s religious political parties were holding street protests against her acquittal for several days before Sami-ul-Haq’s murder and had paralyzed the whole country.

But as soon as the news of Sami-ul-Haq’s murder broke and the pictures of the badly mutilated corpse were released to the media, the religious political parties promptly reached an agreement with the government and called off the protests within few hours of the assassination.

Evidently, it was a shot across the bow by Pakistan’s security establishment to the religious right that evokes a scene from Francis Ford Coppola’s epic movie The Godfather, in which an expensive racehorse’s severed head was placed into a Hollywood director’s bed on Don Corleone’s orders that frightened the director out of his wits and he agreed to give a lead role in a movie to the Don’s protégé.

The entire leadership of the religious political parties that spearheaded the campaign against the release of Asia Bibi and hundreds of their political workers have been put behind the bars on the charge of “disturbing the public order” since the assassination.

In the manner thousands of religious protesters who had been demonstrating against her acquittal were treated by the security agencies brings to the fore the fact that Pakistan’s military wields absolute control over its jihadist proxies. Thus, cracking down on terrorist outfits operating in Pakistan, particularly on Kashmir-focused Punjabi militant groups, is not a question of capacity but of will.

What further lends credence to the conclusion that Pakistan’s security establishment was behind the murder of Sami-ul-Haq is the fact that Mullah Abdul Ghani Baradar, a close associate of the Taliban’s founder Mullah Omar, was released by Pakistan’s intelligence agencies in October and was allowed to join his family in Afghanistan.

Baradar was captured in a joint US-Pakistan intelligence-based operation in the southern port city of Karachi in 2010. His release was a longstanding demand of the US-backed Kabul government because he is regarded as a comparatively moderate Taliban leader who could play a role in the peace process between the Afghan government and the Taliban. He is currently leading the Taliban delegation in the negotiations with the US Special Representative Zalmay Khalilzad in the capital of Qatar, Doha.

Furthermore, Washington has been arm-twisting Islamabad through the Paris-based Financial Action Task Force (FATF) to do more to curtail the activities of militants operating from its soil to destabilize the US-backed government in Afghanistan and to pressure the Taliban to initiate a peace process with the government. Under such circumstances, a religious cleric like Sami-ul-Haq, who was widely known as the “Godfather of the Taliban,” becomes a liability rather than an asset.