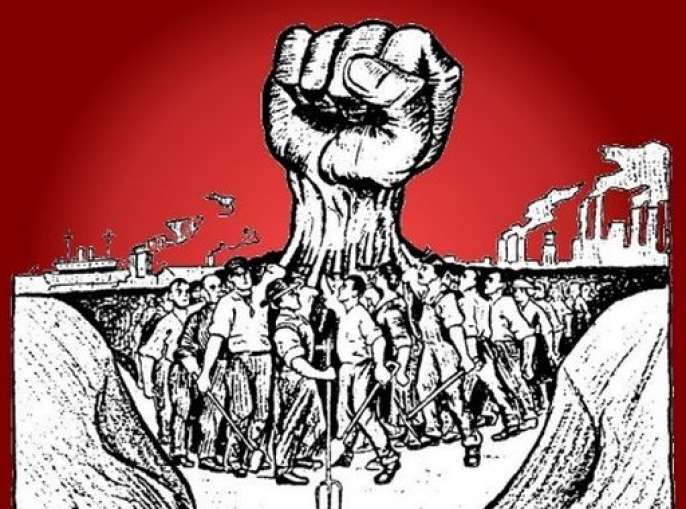 Socialism and the case for expropriation

“Socialism is back in fashion,” declares the cover story of this week’s Economist, the British weekly newspaper founded 176 years ago. Despite proclamations of the “end of history” following the dissolution of the Soviet Union, the newspaper roots the “remarkable” growth of popular support for socialism in decades of growing social inequality.

“Socialism is storming back because it has formed an incisive critique of what has gone wrong in Western societies,” the magazine writes, adding, “inequality in the West has indeed soared over the past 40 years.” The growth of socialist sentiment is accompanied by a global strike movement by the working class, in which the number of people who went on strike in the US last year grew 20-fold.

The same week as the Economist published its warning about growing popular support for socialism, a series of events have made clear the vast and entrenched power of the most predatory sections of the financial oligarchy in the United States, which is intent on intensifying an ongoing and massive upward redistribution of wealth.

About-face by the Fed

While at the beginning of this year the Fed had planned three interest rate increases, now it envisions none. In fact, “the next policy adjustment is increasingly likely to be a rate cut,” Lindsey Piegza, the Chief Economist for Stifel Fixed Income, told CNN.

As a result, the Dow Jones Industrial Average has soared over 1,500 points. At the current pace, it is set to smash through record highs set late last year within a matter of weeks. Jeff Bezos is $20 billion richer, and Bill Gates is $11 billion richer.

In other words, the Federal Reserve was compelled to scrap plans it was working on for years to build up ammunition to respond to the next financial crisis after a drop of just ten percent in the stock market.

A green light for monopoly

Within hours of Powell’s testimony, a federal appeals court rejected the Justice Department’s challenge to the merger of AT&T and Time Warner in one of the largest corporate consolidations in US history. The Justice Department, for its part, said it would not challenge the ruling, making the deal effectively permanent.

The deal creates a massive vertical monopoly, with the company that controls one third of all mobile phone traffic, and one sixth of broadband internet, also now controlling HBO, Warner Bros. and CNN.

In addition to fueling a wave of anticompetitive behavior, including actions newly legalized with the ending of net neutrality, the new ruling can be expected to jack up consumer prices on not just internet and phone service, but on digital content distribution, with the profits passed on to billionaire investors.

Share buy-backs are already on track to eclipse the record $1 trillion in buyback activity set last year. CNN reported that buybacks by corporate clients of Bank of America Merrill Lynch are up by a staggering 91 percent this year, putting the United States “on pace for another record year,” as corporations divert ever-greater sums away from productive investment and into pumping up their own stock prices.

All these factors have created what economist Gabriel Zucman called a return “to Gilded Age levels” of inequality. Commenting on a research paper he published earlier this year, Zucman recently wrote, “What the data show is that wealth concentration in the United States has returned to the level of 1920. Forty percent of total household wealth belongs to the top 1 percent. About 20 percent belongs to the top 0.1 percent, which is about the same as the bottom 90 percent’s wealth share.”

It is the reality of capitalism that is fueling the growth of the class struggle and a resurgence of interest in socialism. The ruling class is terrified of the implications and is preparing its response.

Already, this backlash has taken the form of the Trump administration’s declaration of a war on socialism, with the fascistic president’s proclamation that “The twilight hour of socialism has arrived in our hemisphere.” Trump is speaking not for himself, but for the deepest and most predatory layers of the capitalist system, which see in growing popular support for socialism the specter of social revolution, which it will attempt to crush with all the forces of the state.

On the other hand, various figures and organizations in and around the Democratic Party are attempting to propagate the fiction that measures can be implemented to address social inequality without a frontal assault on the wealth of the ruling class and the capitalist system itself. It is, moreover, to be achieved through the Democratic Party, a right-wing capitalist party that has been instrumental in overseeing the massive redistribution of wealth to the rich.

New York Congresswoman Alexandria Ocasio-Cortez has called for a 70 percent marginal tax rate for incomes above $10 million. Like everything the congresswoman proposes, the demand is “aspirational,” meaning whatever would be implemented by the party that totally gutted financial regulation in the 1990s would be a massively watered-down version of the original proposal.

Senator Elizabeth Warren, meanwhile, is calling for “a 2 percent wealth tax on Americans with assets above $50 million, as well as a 3 percent wealth tax on those who have more than $1 billion.” This wealth tax would raise annually some $275 billion, or approximately one percent of the nearly $30 trillion the US government, by one estimate, committed to bailing out the US financial system after 2008.

In its latest issue, Jacobin magazine, affiliated with the Democratic Socialists of America, is dedicated to promoting the election campaign of Democrat Bernie Sanders. The magazine spells out “A Plan to Win Socialism in America,” which it describes as little more than profit-sharing, via a “share levy on profitable companies to build up union-controlled funds.”

Jacobin fails to make clear how this “socialism” would be substantially different from the current arrangement at US automakers, whose health care pools are run as slush funds for the corporatist UAW, and which give workers piddling profit-sharing checks once a year after ruthlessly exploiting them.

What none of these self-styled reformers address is how, in the face of a ruthless and reactionary ruling elite, even these extremely modest proposals are to be carried out. If the Federal Reserve cannot raise rates—in defense of the long-term interests of capitalism—and the courts ride roughshod over existing anti-trust laws, it is not difficult to imagine the furious backlash to even the most limited effort to increase taxes on the rich.

No struggle against capitalism is possible without the full expropriation of the financial oligarchy and the source of their power: the exploitation of human beings through capitalist property relations.

What is necessary are not “aspirational” proposals to raise taxes by a few percentage points—measures that will never be achieved under capitalism—but the expropriation of the ruling class. All large corporations and banks must be placed under public ownership and democratic control. The stranglehold of the financial oligarchy over economic, and therefore political, life, must be broken.

The social force that the will carry out this sweeping transformation of society, the international working class, has already entered into struggle. It must take up the program of socialism, that is, the reorganization of society in the interest not of the top 1 percent, not of their envious hangers-on in the top ten percent, but of the bottom 90 percent of society: the great mass of the working class that creates all wealth.