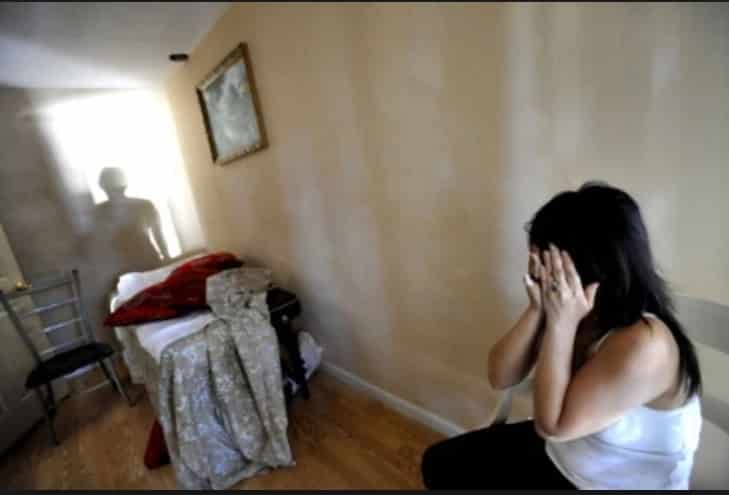 Earlier This month, President Donald J. Trump and First Lady Melania Trump congratulated Ms. Kellie Fuller of Georgetown, Texas for being brave and standing up against human trafficking. Ms. Fuller, a long-time licensed massage therapist whose practice is solely focused on doctor referrals, was the victim of a predatory operation by Chinese sex traffickers who had moved into the same office complex in order to hide in plain sight. These tactics are often done in order to exploit nearby legitimate businesses.

After many months, Ms. Fuller was a force to be reckoned with since she complained to state licensing officials about the Shanghai Spa not being licensed and they were ultimately shut down. However, Shanghai and its operators then posted a license for one person and operated with many people who were not licensed. For some time, Ms. Fuller documented the activities at the local Shanghai Spa operation. She was persistent and refused to let law enforcement sit idle while young girls and women were being trafficked illegally within Texas.

Texas law enforcement officials along with the Georgetown Police Department and federal agents then began their intensive investigation that led to one of the largest human trafficking cases in Texas history. In May 2018, law enforcement officials throughout Central Texas began to issue search warrants and arrested over 13 people, and shut down 1 massage parlor in Georgetown, 6 in Round Rock, 3 in Temple, 3 in Killeen, and 1 in Harker Heights. Investigators later determined that there were links to other illicit operations in Bryan and Houston, Texas with money flowing to California, New York, and Washington, D.C.

If not for the tenacious efforts of Ms. Kellie Fuller, these sex traffickers would have continued for months, if not years. President and Mrs. Trump lauded Ms. Fuller stating “Our Nation is successful because of hard-working and determined individuals like you. We hope you continue to set your standards high, achieve your goals, and inspire others to do the same”. Ms. Fuller is a great American and a very brave lady. She stood up to organized crime to bring down these bottom feeders who were sexually exploiting under-aged girls and women. Veterans Today salutes Kellie Fuller for being a real American hero!