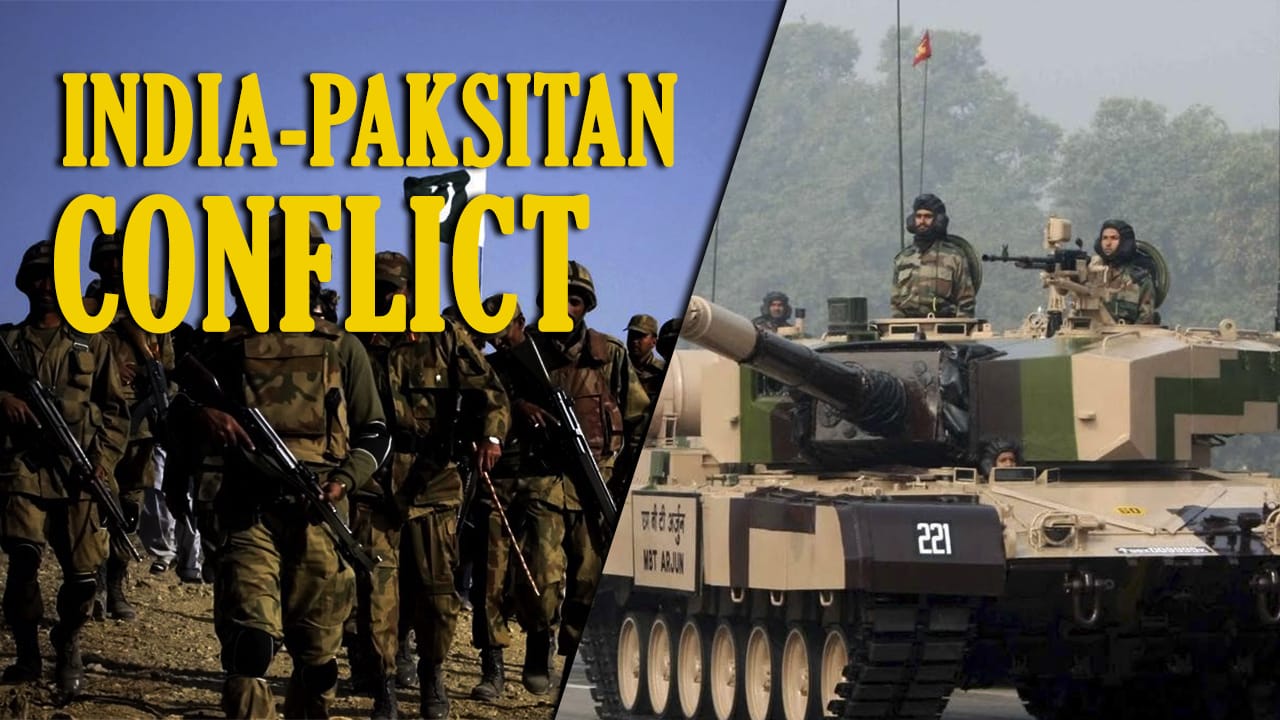 This week, the Indian-Pakistani conflict over the disputed region of Jammu and Kashmir erupted with a bang when the Pakistani military declared on February 27 that it had shot down 2 Indian aircraft inside Pakistani airspace.

A spokesperson for the military Major General Asif Ghafoor said that one of the jets fell inside the Pakistani-controlled part of Azad Jammu and Kashmir, while the other fell inside the Indian-controlled part of the region. He said that “one Indian pilot was arrested by troops on the ground while two were in the area.” Later the captured pilot was identified as Wing Commander Abhi Nandan.

In turn, India’s External Affairs Ministry spokesperson, Raveesh Kumar, said that only one aircraft, a MiG-21 fighter, was shot down with the pilot missing in action. He said one Pakistani aircraft was shot down, something Pakistan denied.

Kumar claimed that the Pakistani military used its jets to “target military installations on the Indian side” but due to India’s “high state of readiness and alertness Pakistan’s attempts were foiled successfully.”

Meanwhile, an Indian military Mi-17 helicopter also crashed in the Indian-controlled part of Kashmir. Most likely, the helicopter was downed as a part of the ongoing escalation.

A new round of tensions between the sides has been growing since February 14 when radical armed group Jaish-e-Muhammad carried out a suicide bombing in Indian-administered Kashmir killing at least 42 Indian paramilitary soldiers. According to existing data, the suicide bomber rammed his explosives-laden car into a bus carrying paramilitary troopers in Lethpora village, on the road which connects Srinagar with the region’s southern parts. The attacked bus was part of a convoy consisting of 78 vehicles with over 2,500 personnel. The February 14 attack became the deadliest in two decades of the Kashmir conflict.

Following the incident, the Indian government in fact blamed Pakistan for it and demanded the neighbor nation stop “supporting terrorists and terror groups operating from their [its] territory.” It also appealed to the “international community to support the proposal to list terrorists, including Jaish-e-Mohammed Chief Masood Azhar, as designated terrorists under the 1267 Sanctions Committee of the UN Security Council.”

On February 26, Indian warplanes targeted an alleged camp of radical armed group Jaish-e-Muhammad in Pakistan’s Balakot area. The Indian side claimed that the strike was a “non-military pre-emptive action” and killed over 350 group members, including trainers and senior commanders. The Indian Foreign Ministry claimed that the airstrike was carried out as result of Pakistan’s inability to take measures to destroy the terrorist infrastructure themselves.

However, the Pakistani side commented on the attack by saying that the Indian strike did not result in any notable damage or casualties among alleged terrorists. Furthermore, Islamabad publicly rejects all accusations that it in any way assists insurgent group operating on the contact line between the two countries.

It should be noted that governments and media outlets of the both sides have a very specific manner of covering the conflict. They exaggerate casualties and guilt in escalation of their opponents and underestimate casualties and responsibility of themselves.

On February 28, the situation on the Pakistani-Indian contact line continued to escalate with both sides reinforcing their military positions, deploying additional troops and equipment and putting their nuclear forces on alert. According to some media outlets, there was even an exchange of artillery strikes.

Evaluating the recent public rhetoric of both sides it appears that while New Delhi and Islamabad are set to blame each other for the escalation, they are not interested in starting a hot regional conflict. Additionally, no global power appears to be interested in the development of this scenario.

On the other hand, this situation will lead to a further deterioration of the security situation in the region and contribute to the growth of Pakistani and Indian clandestine activities against each other. One of the key threats is that the ongoing proxy-style conflict is setting conditions for the development and expansion of radical ideologies prevalent in the insurgent groups operating in the region.

The events of February 26-27 once again show how the wretched policy of ignoring state sovereignty in the framework of military actions described as anti-terror efforts has once again led to negative consequences for regional security. While this does not justify the actions of the sides instigating the insurgency of groups with radical ideology and using radical methods, the implementation of this approach itself is often one of the reasons for repeated escalations.

A similar situation can be observed in Syria and Lebanon, where the Israeli military carries out illegal aerial operations and then appears to be wondering why this does not lead to the de-escalation of the regional conflicts.