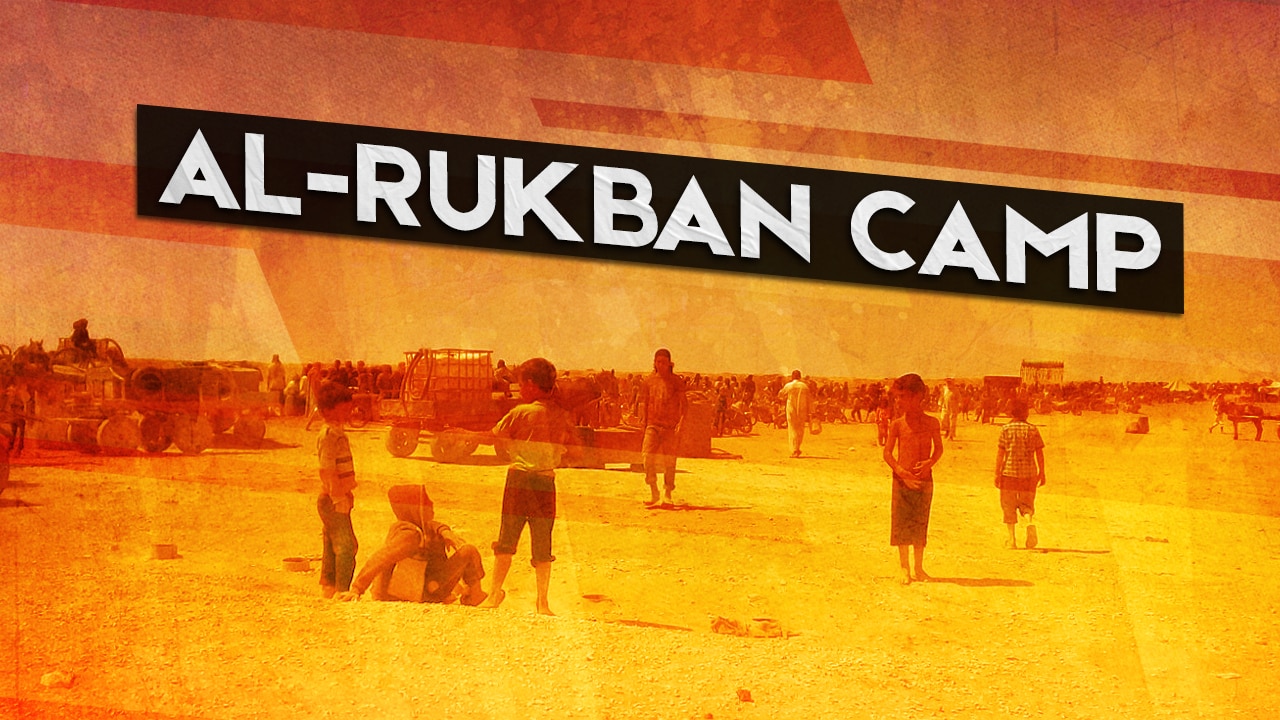 [ Editor’s Note: It remains to be seen whether the US will disrupt this attempt. The people there have been living under horrible conditions, at the mercy of pillaging jihadis and militants.

To the ever lasting shame of the US military it has blocked all independent journalist reporting from any of the illegal US bases inside Syria for the simple reason that it would confirm the US has been supporting a terror proxy war in Syria under the guise of fighting terrorism.

Once these refuges are let go, as we learned from the Ghouta refugees last year who flocked to Assad territory and freedom from the militant terrorists that had used them for human shields and slave labor, while being backed by the US Coalition, a war crime for which their should be no immunity.

We are hoping that Nana will be meeting some of these families when we get out so we can get some first hand reports, on the US army’s conduct inside Syria. No one in Congress seems interested in holding hearings on the crimes committed in the name of the American people, and for that they should be denounced.

Let’s call a spade a spade, the US government and military command have been running god damn concentration camps inside Syria for their own regime change goals, something that is illegal as hell and some due punishment is in order… Jim W. Dean ]

Chief of Russia’s National Defense Control Center (NDCC) Col. Gen. Mikhail Mizintsev announced on March 1 that the Damascus government is sending convoys to evacuate civilians from the al-Rukban refugee camp, which is located within the US-occupied arear of al-Tanaf.

Prior to this announcement, Col. Gen. Mizintsev headed a joint meeting between the Russian and Syrian committees for refugee’s return. Both sides stressed their deep concern over the deteriorating humanitarian situation in the al-Rukban camp and held the U.S. responsible for it.

“You [U.S. forces in al-Tanaf] bear full responsibility for the safe passage of the convoys that will transport the refuges out of the 55km zone controlled by you … Now you have to prove, with actions and not words, that you are willing to work for the good of the Syrians,” RT quoted Col. Gen. Mizintsev as saying.

The Russian commander noted that a recent survey, that was done in cooperation with the Red Crescent, has proved that more than 40,000 civilians want to leave the al-Rukban camp due to the bad weather conditions, lack of supplies and poor medical care.

Last month, Russia and the Damascus government established two humanitarian corridors to help the civilians who want to leave the al-Rukban camp. However, the US-led coalition and its proxies prevented any civilians from leaving the camp.

The US-led coalition has been ignoring the suffering of civilians in al-Rukban for months now, and it is still unclear yet if it is going to allow the government convoys to evacuate them this time.