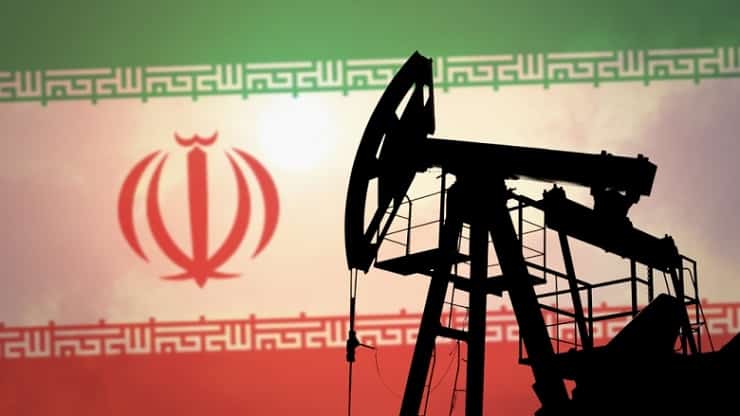 [ Editor’s Note: The announcement of the EU’s Special Purpose Vehicle was quickly eclipsed by the Warsaw and Munich conferences, where the US tried to organize a Western jihad against Iran.

It fell flat on its face when the world observed that the only really participating countries were those who had engaged in the proxy terror war against Iraq, Syria and Iran, and who now were making another silly attempt to put the terrorism monkey on the back of their targeted victims.

The public is expected to believe that those targeted by US coalition terrorism, and who accordingly defended themselves from such, are actually terrorists themselves. Western public servants are afforded salaries, benefits and pensions to spit in the faces of their citizens with such fake hype.

The EU’s conduct has been shameful, with its trying to slip in missile negotiations on Iran’s defense capabilities as part of following through on the JCPOA trade deal, and making bogus charges of Iran’s hunting MEK terrorists living under protection in the EU, as terror attacks on the EU.

This was the same EU that had no problem hosting US black terror sites, often where kidnapped suspects were secretly interrogated and tortured, some of them under mistaken identity, and thus breaking a number of international laws and UN conventions.

We have yet to hear of any serious remorse from those involved, and yet they promote themselves as judge and jury over Iran, which has not attacked anyone in 2000 years, not a record that Europe can touch. You just can’t make this stuff up… Jim W. Dean ]

It is still less than a year since the European Union gave birth to, in Pushkin’s words, “neither son nor daughter, frog nor mouse, but a creature none had seen before”. The “creature” we are referring to is the long–awaited financial mechanism for trade with Iran, which bears the name of INSTEX (Instrument in Support of Trade Exchanges).

France, Germany and Great Britain have finally announced the joint creation of this instrument, which enables them to comply with their obligations under the 2015 nuclear deal concluded with Iran (officially referred to as the Joint Comprehensive Plan of Action, or JCPA). The aim of this document is to authorise trade between Iran and European entities, despite the sanctions imposed by the USA following its withdrawal from the nuclear deal last year.

Now that we have had the chance to carefully review and analyse the new, much–anticipated document, we are left in some doubt as to its real purpose: is it meant to benefit Iran, or the USA? Teheran, no doubt, has a natural (and quite realistic) expectation that this mechanism will be put into effect as soon as possible, especially considering the European Union’s less than adequate efforts and its delays in drawing up the document.

As set out and agreed in the Declaration signed by the Iranian Foreign Minister and the governments of the above three European countries last May, the mechanism should cover other areas of trade between Iran and the European nations.

For Teheran the economic aspects of the JCPA, and the way it is performed, are of great importance, and the Iranians will, no doubt, observe the way the European parties approach the performance of their obligations and draw the appropriate conclusions, which will affect and serve as a foundation for the development of future relations between Iran and Europe.

It is completely unacceptable to seek to make the implementation of that mechanism (which Teheran sees as an obligation under the JCPA) conditional on compliance with a variety of other demands.

Right from the beginning, European leaders’ conduct has been unjustified and surprising, to say the least. For example, they have regularly leveled unfounded accusations at Teheran, including in relation to the alleged planning or perpetration of terrorist attacks in Europe.

To make such groundless and senseless claims, and voice such fears, at a time when everyone knows that terrorist and criminal organisations can act freely in that continent, is not only absolutely nonconstructive, but it has the effect of playing into the hands of those Europeans who seek to further damage relations between Europe and Iran.

As the Iranian Foreign Ministry has said in an official statement:

“The Islamic Republic of Iran is itself one of the main victims of terrorist attacks and is constantly in the front line in the struggle against terrorist groups such as DAESH (a banned organisation in Russia– Editor) which have threatened even European security in the past and continue to do so. Iran hopes that the EU will stop applying so-called double standards and take a realistic view of this issue and take serious steps in the struggle against this threat.”

The country’s political leaders have stated on a number of occasions that the Islamic Republic of Iran is in favour of a constructive partnership with the European Union, as long as it is based on shared interests and mutual respect. Teheran has stated that if the European Union complies with all its obligations then the world, and the Middle East in particular, will very soon see an improvement in the relations between the two parties.

Teheran is thus clearly expressing doubts concerning the sincerity and correctness– in terms of the way it was prepared– of the document in which the Iranian leadership has placed such hope.

“Today the Iranian people see certain European countries as devious and unreliable, along with the criminal America,” wrote Ayatollah Ali Khamenei in an address dedicated to the 40th anniversary of the Islamic Revolution of 1979.

He continued: “The Government of the Islamic Republic of Iran needs to protect the country’s borders.” He added that following policy of caution in dealings with Europe did not need to mean breaking off relations with it

The Iranian Supreme Leader emphasised that it was the country’s young people who bore the responsibility for creating a “Great Islamic Iran”, and that they should take up this challenge and move the country forwards, either drawing on their own personal experience or learning lessons from the past.

As he wrote, “The decades ahead are your decades, and it is you who need to protect your revolution, while you are able and have the motivation, and bring it closer to its great ideal: the achievement of a new Islamic civilisation.”

Members of the Majles (the Iranian Parliament) have greeted the creation of the INSTEX special instrument, designed by the EU to enable legal trade with Iran, as the “right moment” to provide effective support to the Iranian economy, suffering as it is under the harsh US sanctions.

Ali Larijani, the Speaker of the Majles, has stated that only when it is up and running will it be possible to say how effective the system is.

Speaking about INSTEX, Sergey Ryabkov, the Russian Deputy Foreign Minister, has criticised the EU for its “double standards” in its relations with Iran.

“The EU needs to set aside  its double standards and stop trying to avoid irritating the Americans, instead it should do something to show Iran that it is making a real effort, it needs to make the right choice, make a decision that promotes real cooperation.”

He emphasised that the EU, and many of its individual member states, had imposed restrictions on Iran which limited its rights guaranteed under international law and UN Security Resolutions. For example, European countries’ demands that Iran reduce or abandon its missile programme were dictated by their “wish to please the Americans”.

Russia, however, considers this demand to be unacceptable and in the next meeting of the Commission for the Joint Plan of Action on the Iranian nuclear programme, which is scheduled to be held in March, it intends to explain why such a policy is both mistaken and harmful.

It should be noted that the 40th anniversary of the Islamic Revolution is currently being marked in Iran with a number of mass meetings and demonstrations of public support, as well as more formal events. The television and other media are broadcasting images of crowded streets in big cities and small villages all over the country: tens of millions of Iranians are enthusiastically, and quite spontaneously, celebrating this important milestone in the country’s history.

This outbreak of popular feeling prompted the Foreign Minister, Mohammad JavadZarif, to declare that foreign pressure will never be able to bring the Iranian government or people to their knees, and to call on the West to abandon its policy of pressurising Iran. As he said, “No other country has been subjected to such harsh sanctions by foreign countries as we have.”

Iranians have not forgotten the words of Donald Trump’s National Security Adviser, John Bolton, who boasted that in 2019 he would celebrate the New Year in Teheran. As Iranian media put it:

“Whatever calendar you use, the New Year has already come and gone, and John Bolton is still at home and no-one has any plans to invite him to Teheran. Perhaps he will only ever be able to visit Iran in his dreams.”

We may recall other American “prophets of doom” such as Zbigniew Brzezinski, who also once confidently declared that the Islamic Republic would not last long and was bound to collapse.

In 1980, when the USA incited Saddam Hussein to declare war on Iran, he predicted Iran would last no more than a week. But both Zbigniew Brzezinski and Saddam Hussein are now dead, and the Islamic republic of Iran continues as before. Looking at Iran’s current situation, it is evident that there is no foundation for such predictions, either now or in the foreseeable future.

Although Iran, like any other country, may have its fair share of popular discontent, the general trend of public feeling is very different from what the American would-be conquerors and their fellow travelers would like to imagine.