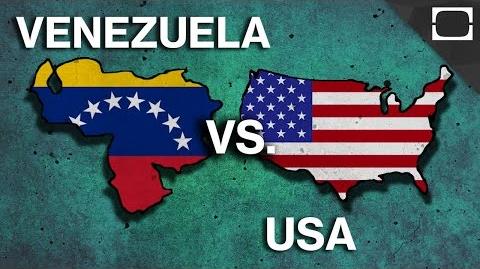 If you have been living on a steady diet of fake news perpetuated by the New World Order, then you are more than likely inclined to think that virtually everything revolves around spreading “democracy” and “freedom” in much of the world. You think that the United States and other imperialist establishments exist to spread that gospel to a dark world filled with evil entities to be destroyed. As leading Neocon theoretician Micheal Ledeen put it way back in 2001:

“Creative destruction is our middle name, both within our own society and abroad. We tear down the old order every day, from business to science, literature, art, architecture, and cinema to politics and the law. Our enemies have always hated this whirlwind of energy and creativity, which menaces their traditions (whatever they may be) and shames them for their inability to keep pace.”

I have particularly spent the past two days reasoning with a correspondent by the name of “Kai Kieferle” who thinks that “Any reasonable person who actually believes in democracy should be applauding” US organizations supporting various anti-government groups in Venezuela. Kieferle opined that “Only an unreasonable person would suggest such activities represent a nefarious agenda.”

I just couldn’t hold my laughter because Kieferle was almost certainly making a fool of himself. He moved on to say: “Right now, on the news every night, we see Maduro’s regime killing their own people to stop aid its citizens desperately need.”

Well, who created the crisis in the first place, Kieferle? What usually happens when a powerful entity like the United States places sanctions on a small country like Venezuela? Peace and prosperity? And is there a really food shortage in the entire country? Or could it be that the United States is using this so-called food crisis for ideological purposes? Well, let’s ask Max Blumenthal, who actually interviewed the average person in the region:

Let’s be clear here. We are not Maduro supporters. We are not Socialists or Marxists or Communists or even Capitalists. We are against any ideology that seeks to destroy countries, nations, and livelihood. The New World Order has been doing exactly that from time immemorial.

As I pointed out to Kieferle, the New World Order has orchestrated one coup after another using “democracy” and “freedom” as its linchpin. The United States, sadly, has been part of the New World Order as well precisely because politicians in Washington think that they can violate the moral and political order at will. They do not want to submit their appetite to practical reason, therefore they have embraced an ideologically which seeks to steal, kill, and destroy in the name spreading “democracy” and “freedom.”

This has been the case in Iran in 1953, in Iraq in 2003, in Libya in 2011, in Afghanistan, in Syria, and now in Venezuela. Even during the Hugo Chavez government, “democracy” and “freedom” couldn’t work because at least 50% of the population supported him.[1] Whether Chavez was good or bad is not the argument here. The fact is that 50% of the population gave him a pass because they strongly believed that he gave “the poor a voice in Venezuelan politics.”[2]

So why did the United States, under the Bush administration and with the help of Neocon luminaries like Elliott Abrams, attempt orchestrate in coup in Venezuela during the Chavez government back in 2002? Why was the US pushing for a putsch?[3] Kieferle did not even bother to respond to any these arguments. Instead, he continued to ask for more “proof.” I sent him a list of scholarly materials which specifically detail the role of the New World Order ideology in the political and ideological sphere. Here it is:

Guess what? Kieferle deliberately ignored all this body of scholarship and continued to accuse me of a conspiracy theorist! At that point, I realized that I was talking to a toad who is not even making an attempt to use the basic rules of logic. I even sent him a Washington Post article in which it is generally agreed that organizations in the United States have been supporting opposition groups for years, which basically supports the point that I have raised in my previous articles. He came back and said:

“You’re [sic] slavish reliance on the article at the Washington Post indicates you hold everything they write to be absolutely accurate. I wonder how many times you’ve referred to the mainstream press in America as beholden to the ‘despicable few’, willing to lie and distort and misinform to further their nefarious agenda. Now here you are not only quoting them, but using them as the sole source of information to rest your far flung and spurious conclusions on.”

I did not even remotely suggest that everything that the Washington Post produces is accurate. Kieferle was indirectly using two fallacies in logic known as straw man and red herring. He is essentially refuting an argument that I don’t even believe in order to divert the main point of what I clearly said. In other words, he was completely incoherent and unintelligent.

After making an attempt to see if Kieferle could even at least enter into a rational conversation, I eventually gave up because Kieferle would not even pay attention at all. He ended up saying: “Typical reaction of a conspiracy theorist, deflect, repeat, ignore. You should be thanking me for providing suggestions to help you improve the quality of your ‘work.’”

I again burst out laughing after reading this. As the saying goes, “There are none so blind as those who will not see. The most deluded people are those who choose to ignore what they already know.” Kieferle was essentially supporting the very war machine that never seeks to make profit off the back of perpetual wars.[4] You simply cannot reason people out of an argument which wasn’t based on the basis of reason at all.