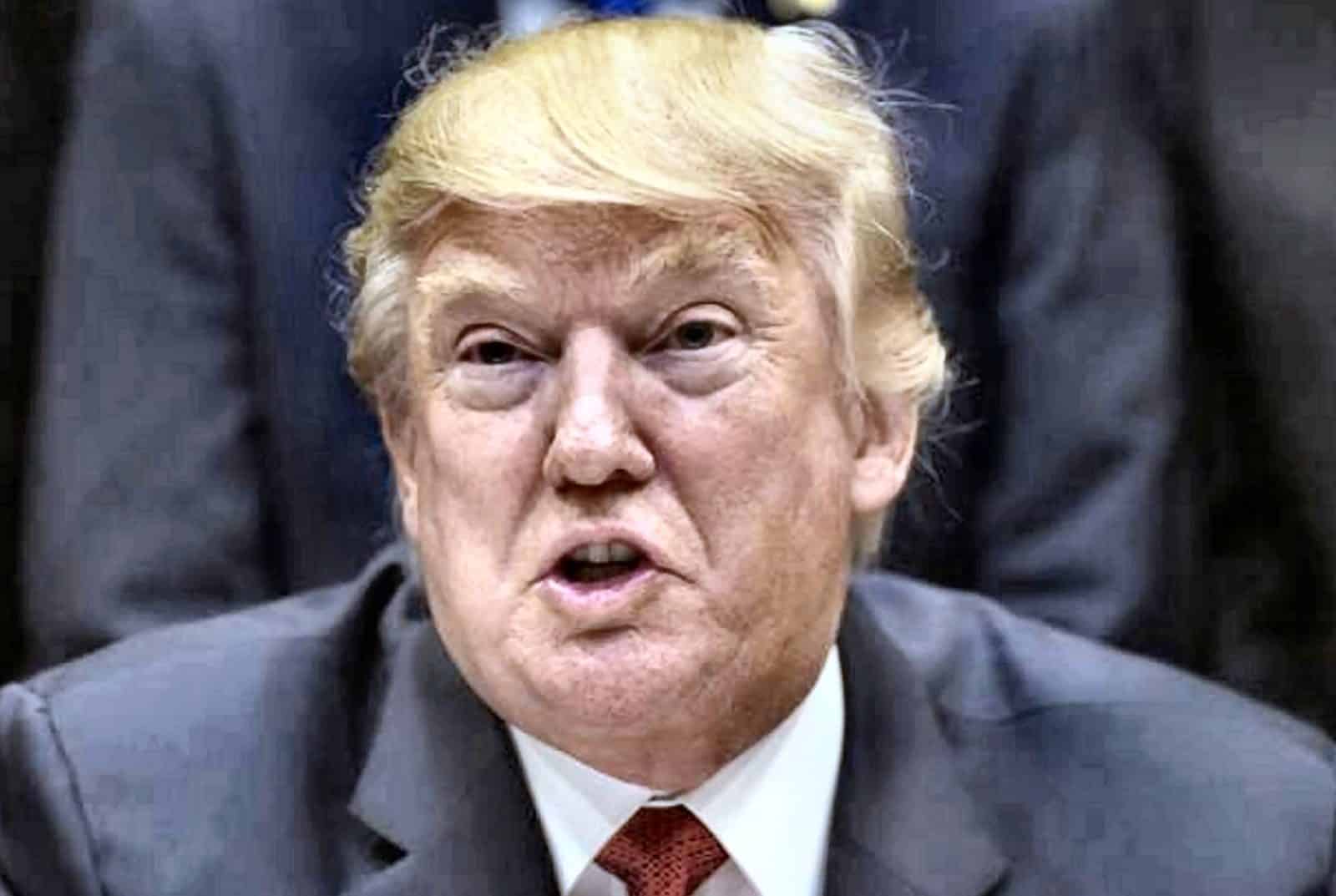 The only reason the world can thank Donald Trump is that he averted the victory of Hillary Clinton and the active belligerency policy of his democratic predecessor Barack Obama . But since his inauguration as president of the United States of America the hypermillion-dollar tycoon has disappointed the expectations of those who welcomed his election with a blaze in the hope of a new geopolitics with stars and stripes.

Uncertain and often inconclusive in foreign policy – only a boiled chicken can hope to go to North Korean leader Kim Jong Un demanding single-handed atomic disarmament in the aftermath of the US exit from the international nuclear fusion Inf – after revealing a strong inclination to satisfy its fraudulent military advisors by bombarding Syria in April 2018 for a bogus chemical attack that even Donald Duck could be invented, as demonstrated, has gradually been strengthening its war overpowering by funding the religious war of the Wahhabis Sunnis of Saudi Arabia in Yemen and covering that of Israel against Hezbollah in Syria, guilty of having helped B ashar Al Assad to defeat the ISIS created ad hoc by the Americans to overthrow the Sciii Alawiti to the government.

Right in the battered Syrian country, where democratic politics Obama has made nearly half a million deaths, Trump has not yet fully decided what to do when you grow but when in doubt you steal the gold Daesh in exchange for freedom terrorists jihadists of the Islamic State be transported to Iraq , Nigeria and who knows where to get the premium trip. For them, the delinquent warrior John Bolton , a White House military consultant , does not invoke the prisons of Guantanamo : no! The prisons of the Cuban bay are a threat only for Nicolas Maduro, guilty of wanting to sell Venezuela oil to China , Russia , Turkey and Iran, and not only to US neighbors who have been strangling it for years with sanctions that would have starved any other country on earth (like Yemen for example).

THE USA AGAINST SYRIAN

Not satisfied with this, the US in Syria is preventing even the escape of refugees from the Al-Rukban concentration camp. “The Russian Defense Ministry has said that the United States continues to prevent the displaced Syrians from leaving al-Rukban camp, because it has refused to let convoys enter and evacuate Syrian civilians from the camp and bring them back to their homes through the humanitarian corridors – writes the agency Sana (Syrian Arab National Agency) at the moment the most reliable media on the conflict in Damascus – The head of the Russian coordination center of Hmeimim , Sergei Solomatinhe said that the United States refused to hear the call of the coordination center for the organization of the return and of the refugees and to allow the caravans to enter the al-Tanf area to transport the displaced Syrians from the camp to Rukban. On February 19, two humanitarian corridors were opened in the cities of Jalib and Jabal al-Ghurab,on the outskirts of al-Tanf , in order to evacuate displaced persons ». But evidently the Americans want to trade with Assad some benefits before showing themselves inclined to humanitarian or simply human operations …

THE TRUMPIAN POLITICS ADORED FROM ITALY

The shameful foreign policy trumpiana war does not seem to disgust the politicians of the center-right parties in Italy who compete to go to the tycoon court and be beautiful, in the miserable hope of obtaining clemency from the international financial system controlled by the private banks Zionist Fed ( a spa like the ECB ) in view of the upcoming ratings on the rating and public debt. Last January, coincidentally just 5 days before the attempted coup in Venezuela with the self-proclamation of Guaido to interim president, was the deputy foreign minister Guglielmo Picchi , a deputy of the former Berlusconi League of Forza Italiagrew up in the Barckays bank controlled by the Rothschilds , to run in the US to embrace the White House IT consultant Rudolph Giuliani , former Mayor of New York . Saturday, March 2 was Giorgia Meloni , president of the Brothers of Italy , to brag about taking a trip to the States in search of the political credibility that in his country, due to many political errors including unconditional support for the Venezuelan Venezuelan coup Juan Guaidò, fails to get nailed to an ephemeral 5% of consents at every election consultation. “I’m in the United States to take part in two very important events: the first is the C- Council Italia-United States in New York , a great event that brings together the best energies of Italian-American politics and entrepreneurship to intensify relations and the commercial exchanges – declared Meloni – The second appointment is the ‘ Conservative Political Action Conference 2019′ which will be held tomorrow in Washington : it is the biggest event organized by the American republicans and which concerns the field of conservatives “.

The next to fly in the US will be Giancarlo Giorcetti , number two of the Lega and undersecretary of the Council Presidency. Bocconi and inspirer of the soft line of the Northern League deputy premier Matteo Salvini , in spite of the populist instances of the party base, has already announced his next in Washington to weave relations with the political and financial nomenklatura of the most Masonic country in the world. Every euro-skeptical, anti -ollarist and pro-Russian ambition of the LeagueIt seems really dead and buried at the court of a murky international killer like Trump who is the first hostage of the network of armored lobbies, the high Zionist finance of the Cazar matrix and now also of the Democrats who stole the majority in the House of Capitol . I’m really a worrying signal for the fragile Italian economy increasingly sold off by the slice (the fish-rich waters of the Red Shrimp Dop Oneglia the Ligurian Sea sold secretly to France by former Prime Minister dem Matteo Renzithey are a clear example of this) these voyages of vassals subjects of the globalism of the exponents of parties who proclaim themselves sovereign and populist. A clear message to the intelligent voters who will not struggle to draw their own conclusions in view of the upcoming European elections, looking elsewhere for their vote of change or protest. The 5Stelle Movement, at risk of a precipice due to the too many governmental compromises of the Gialloverde government with the League, in this case thanks …