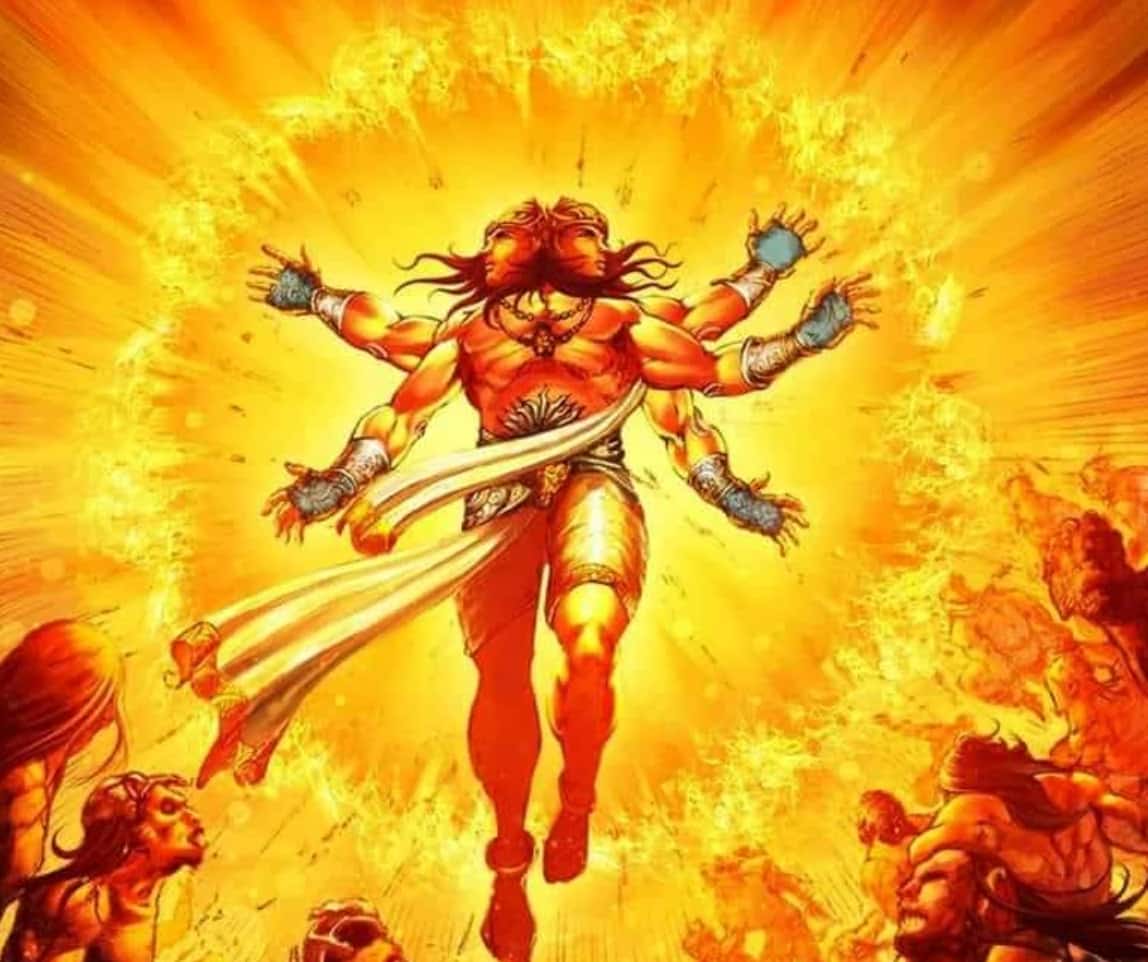 [ Editor’s Note: Dear readers, once again we have a detailed and complete report of exactly what happened in the India-Pakistan showdown, which was skillfully handled by Pakistan to avert an escalation.

Modi of course is behind in the election polling, and his joined a long line of scoundrel heads of state in playing with war to rally a politically divided country around him. Pakistan has played it very coolly not to assist him.

His quickly releasing he shot down Indian pilot, even though he is credited with downing a Pakistani F-16 and killing its pilot. Imran Kahn, with the support of his national security organizations, jumped at the opportunity to defuse tensions.

So far things have cooled down. Will Modi back off now, accepting his bump in the polls, or if he is still behind, will he double down with more cross border shelling and air combat sorties.

Read below how Pakistan intel was watching India in real time preparing a ground to ground missile attack, and was preparing its own in retaliation, but disclosed exactly what it was doing and why to the Indian command.

So for both sides seem to be walking the the tightrope successfully. The trick now is to have both take one step back, and the two…and sit down together to work out how to destroy this terrorist group… Jim W. Dean ]

We beheld in the sky what appeared to us to be a mass of scarlet cloud resembling the fierce flames of a blazing fire. From that mass many blazing missiles flashed, and tremendous roars, like the noise of a thousand drums beaten at once. And from it fell many weapons winged with gold and thousands of thunderbolts, with loud explosions, and many hundreds of fiery wheel_
*Vaimānika Śāstra*

*Narendra Damodardas Modi the Prime Minster believes that such an India kingdom existed in antiquity and that he is the reincarnation of Arjuna in Baghavad Gita, flying a massive Vimana with thousands of airborne chariots*. *He believes that these flying objects rained hell on Mohenjo Daro and Harappa in Pakistan*. *He is convinced that he is the chosen one by gods to lead the charge*. *The land he must hail with fire is Pakistan*.

His mindset is more allied with a similar Zionist thinking and not the Jews. He wants to make Pakistan what Israel has done to its Arab Neighbours and Palestine. What happens in Indian held Kashmir is no different from what happened at Sabra, Shatila and Gaza. Pakistan must be destroyed and Bharat Versha must extend beyond Indus (where India takes its name).

On the night 27/28 February, the long wait for Modi to reincarnate himself as Arjuna and destroy the land of Indus was over; but before him stood a prophet of peace with resolve of Tipu Sultan.

Support to India by its closest nuclear allies nearly reached lethal proportions albeit detriment to the world. Combined US and Israeli early warning systems and weaponry was at India’s disposal to teach Pakistan a telling lesson.

According to Robert Frisk, “Israel is playing a big role in India’s escalating conflict with Pakistan. Signing up to the ‘war on terror’ – especially ‘Islamist terror’ – may seem natural for two states threatened by Muslim neighbours”. “For months, Israel has been assiduously lining itself up alongside India’s nationalist BJP government in an unspoken – and politically dangerous anti-Islamist coalition. India is the largest weapons market for Israel. India used Israeli-made Rafael Spice-2000 “smart bombs” that Indian pilots were too incapable to handle.

Rukma Vimana warriors were convinced it was the best time and their premises were well articulated, covered and war gamed. As always, when it came to execution, an opportunity to de-capacitate Pakistan with Israeli cooperation was handled unprofessionally and squandered. God was on Pakistan’s side.

Information on Pakistan’s perceived gaps in nuclear defence seemed credible. Pakistan was in an economic meltdown. The government of Imran Khan was inexperienced to handle nuclear crises. Its majority hung by a frail thread. The opposition hit badly by accountability would not rally behind him.

The proliferation of desi liberals and west educated pseudo intellects would create a furor on electronic and social media. So an incident of an indigenous suicide bombing was artfully presented (Bollywood style) to create an illusion that Pakistan had masterminded and conducted the entire tragedy. This was the Archduke Ferdinand of Austria (an incident that led to WW 1); but not to be; or at least so far?

The plan was premised on Pakistan’s vulnerabilities explained above, reinforced by a preponderant nuclear shadow and international acquiescence to inflict telling and humiliating damage just below Pakistan’s nuclear threshold. Pakistan would then be cut to size and what Ashley Tellis described in ‘Stability in South Asia’: Pakistan’s disarmament.

In the first round came a Barat (wedding procession) of wildest arrays. A flight of Mirage 2000 supported by Israeli AWACS, Jammers, Drones and interceptors were challenged by Pakistan Air Force while still in Indian controlled airspace. The incursion was supported by diversions in Punjab and Sindh. The armada of RUKMA VIMANA then conducted an exit loop violating Pakistan’s airspace and dropping off their payload in haste gliding free-fall into a forest. Many trees in the jungle were destroyed. Jumping and thumping, military video gamers of Indian Media announced victory.

The next day, Pakistan responded by locking onto six targets in Indian held territory and did not fire. On return they lured two Indian interceptors into Pakistan and shot them, taking one Indian prisoner. Notwithstanding Indian claims, India’s allies were observing Pakistan’s combat professionalism. But the faux pas continued.

In military terms it was APPRECIATED that a window of opportunity still existed to call Pakistan’s bluff and knock it out.

On night 27/28 Pakistan sent signals to India and the world that it was waiting for missile strikes. Airspaces were closed and radio silence imposed. Some sites without creating panic were put under black out. Some information on Indian movements was inserted in electronic clutter. Fed by elixirs of self-glory, myths and technology, India was on a high, missing these signals.

After the National Security meeting, India locked six sites in Pakistan with surface to surface missiles. In retaliation, Pakistan locked onto these sites and came into the highest state of readiness. UN Security Council members were engaged and told that Pakistan would respond the moment Indian missiles are fired. Pakistan’s would hit Indian targets before Indian missiles hit Pakistan. After a flurry of night time international activity, Narendra Damodardas Modi, the self- incarnated Arjuna of Baghavad Gita blinked.

The world was saved a catastrophe by Pakistan’s preparedness and political will that was demonstrated before the world in the joint session of the Parliament. Pakistan was in unison.

For the time being the illusion of a battle field conceived by RUKMA VIMANA Syndrome was over. While India was playing an escalation strategy, Pakistan took the road to de-escalation and responsibility to ensure world peace.

While Narendra Damodardas Modi the Prime Minster of India is playing a dangerous game of nuclear brinkmanship and escalation, Prime Minister Imran Khan is calling for Peace, Restraint and De-escalating Flash Points.

The two are diametrically opposed; one a jingoist and other a humanitarian and humanist; one wants a Bharat Versha and other a peaceful region where welfare of people thrives.

Pakistan’s prime minister and defence establishment have written a new chapter in war avoidance, de-escalating a nuclear flashpoint and strategic restraint in an eyeball to eyeball situation.

But the crises are not yet over. In India emotions and myths prevail over rationality. An untoward incident could still provide an Archduke Ferdinand waiting to happen. India and its invisible allies may yet make a last desperate move.

But one reaction is definite. The entire wrath of Indian failure will fall on Kashmiri people who want a right of self-determination under UN resolutions. Under international law, this struggle including armed resistance is legitimate but India supported by its allies will continue branding it terrorism. The longest freedom struggle in history continues.

But there is a lesson and reminder from history.

India and Pakistan too could resolve seven decades of enmity, settle the Kashmir issue and lay foundations for a prosperous and highly advanced South Asia. I am sure Imran Khan is willing but who will harness the Jingoist, extremist, blacklisted and blood hungry Narendra Damodardas Modi?

The answer is left to the international community and people of India.