Home World Why Did Ex-Israeli Minister Work for Iranian Intelligence? 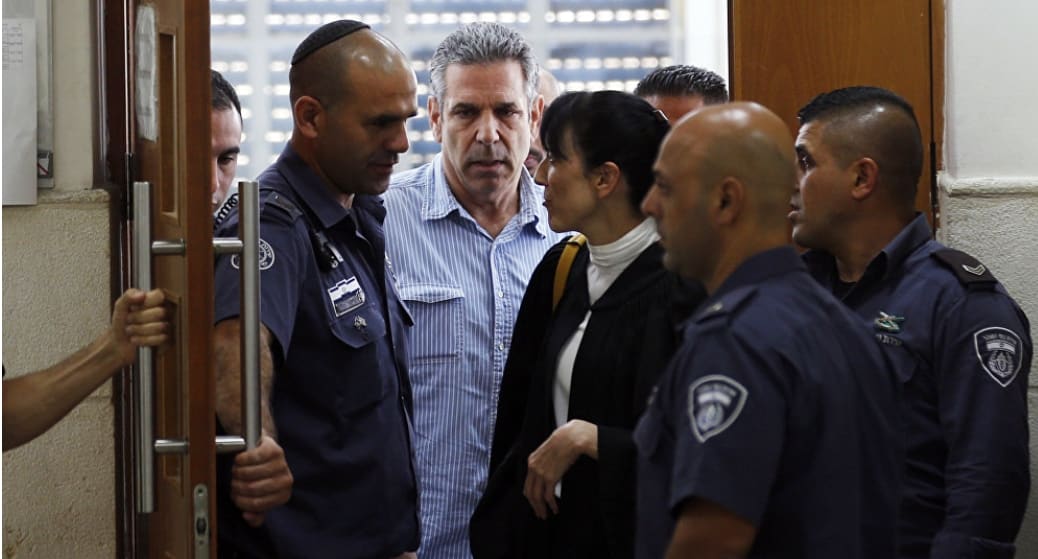 Despite most media reports focusing on a former Israeli official being enlisted by Iranian intelligence, Israeli analysts stress the fact that the approach is a bit far-fetched and there is another side to the story.

Israel’s former minister of energy and infrastructure, Gonen Segev, was sentenced behind closed doors on 26 February to 11 years in prison for spying for Iran. The sentence is notably milder than it could have been, since Segev has agreed to a plea bargain on charges of espionage and transfer of information to Iran.

An Israeli court ruled the former top official guilty of “grave crimes of spying and providing information to an enemy with the intent of harming national security”, as had been stated by prosecutors.

Segev, who worked for the government in the 1990s, was turned over to Israeli authorities by law enforcement from Equatorial Guinea in summer 2018.

Israel’s intelligence stated that Segev, who at some point lived in Nigeria, began cooperating with Iranian spying agencies in 2012, providing them with diverse data on Israel that he obtained using his old connections.

There exist controversial reports suggesting that Segev had been recruited by an Iranian intelligence officer, who worked undercover at the Iranian Embassy in Nigeria in 2012, and has since visited Iran twice, where he met with his handler. The Israeli authorities haven’t issued an official statement with regard to the matter.

So, what kind of information could an Israeli citizen transfer from Nigeria to Iranian intelligence?  How valuable was it for Iran?

Seyed Hadi Borhan, an instructor at Tehran University and expert on West-Asian countries, told Sputnik that since Israeli intelligence is conducting operations against Iran, the Islamic Republic has been forced to take counter-measures:

“Based on mass media reports one can conclude that Iran’s intelligence is going ahead with sabotaging Iran, one of the examples of this being the murder of Iranian nuclear physicists by Israel’s intelligence in Iran”, Borhan noted, adding that Iran has found itself at a stage, where the country “has to protect itself from such operations”.

“To defend itself, it has to possess exhaustive information on Israel’s programmes, decisions, projects, and intelligence”.

According to the analyst, based on the data Iran had at its disposal, Iran managed to “catch” Israel’s former minister in Nigeria and “obtain some data from him”.

Responding to the question of Iran’s interests in Nigeria, Borhan went on to say that from his point of view, “these two issues have nothing to do with each other”.

“Here, the question is about a war between the two countries’ intelligence services, which is taking place in other countries, as well. When it comes to the ex-minister, Iran found him there, because he was living and working there. There is no other reason”, Borhan pointed out adding that the sentence had been mitigated due to Segev’s cooperation with the prosecution.

Israeli expert on international relations and security, PhD in political science at the Institute for National Security Studies, INSS, in Tel Aviv, Simon Tsipis told Sputnik that the details of the Segev case widely reported in the mass media  are just one side of the coin, while the other, which could be of value to Israel, has been left uncovered.

“Gonen Segev got in the crosshairs of the Israeli intelligence long time ago. They watched him for a lengthy period of time, as there were leads to his contacts with a third party, with the intelligence striving to find out what this person could offer Israel’s enemies”, Tsipis said, stressing the importance that Segev didn’t work for Israel’s military agencies, and thus couldn’t possess any highly secret information that could come in handy for enemies.

“While being the minister of infrastructure, he was responsible for providing public services and utilities, such as roads, bridges, electricity transmission, gas, water supplies etc. Yes, he knew where Israel’s military objects are, but the information he possessed was general. Data on some of these objects can be found in open sources. That’s why the intelligence first had some doubts over why Segev was a valuable source for Iranians”.

However, when the issue was studied at length, it turned out that there was no recruitment by Iranian intelligence. Gonen Segev was the one who took the initiative and contacted Iranian diplomats in Nigeria, Tsipis noted.

“The reason why he took such a step was quite trivial: he made this contact due to his personal offence after being dismissed from his ministerial position”, he added, saying this factor made the state prosecutors suggest that Segev undergo medical tests regarding his psychological condition. This points to the fact that the prosecution had strong doubts about the person’s competence.

Tsipis told Sputnik that after he was dismissed from his governmental role, Gonen Segev made up his mind to start his own business in the medical sphere in Africa. He opened a clinic in Nigeria, with the analyst noting his thirst for “quick and easy” money. That fact, he stated, was also proven during the investigation. He was also found to be a very unsuccessful manager and financier, racking up massive debts, including to criminal entities.

In light of this, in order to earn at least something, Segev contacted Iranian diplomats in Nigeria, offering them assistance for money, Tsipis went on, saying he then moved from Nigeria to Equatorial Guinea, where he continued to cooperate with the Iranians.

“This is where Israel’s intelligence interfered. Mossad chose not to stage the kidnapping, but instead, sent a request in to Guinea’s [sic] authorities to detain Segev”, the analyst said.

“One cannot say that this person possessed any supervaluable for the Iranians’ information. However, Israel has used this case in its own interests. Out court has reached a plea bargain with him, as Segev opted to cooperate, and the Israeli intelligence successfully obtained valuable data from him about Iranian spies. In other words, the Iranian intelligence staffers, who worked under the cover of diplomats in Africa and who Segev communicated with, have been declassified. This is the reason why his sentence has been mitigated. Otherwise, Segev would have been slapped with an 18-year prison term for treason”, Tsipis pointed out, noting that the case has left many Israelis shocked.

“Yet, the Segev case is no precedent. The most publicized treason case in Israel is that of Mordechai Vanunu [Israeli technician and peace activist who revealed details of Israel’s nuclear weapons programme to the British press in 1986]”.

Tsipis noted that it is essential to take into account the fact that Israel is a small country, which since 1948 has been in confrontation with Syria and Lebanon, as no peace agreement has yet come along to end it.  “Hence our extreme sensitivity to such treason cases, and we are closely watching people, who can operate in this way or another abroad”, the academic rounded off.