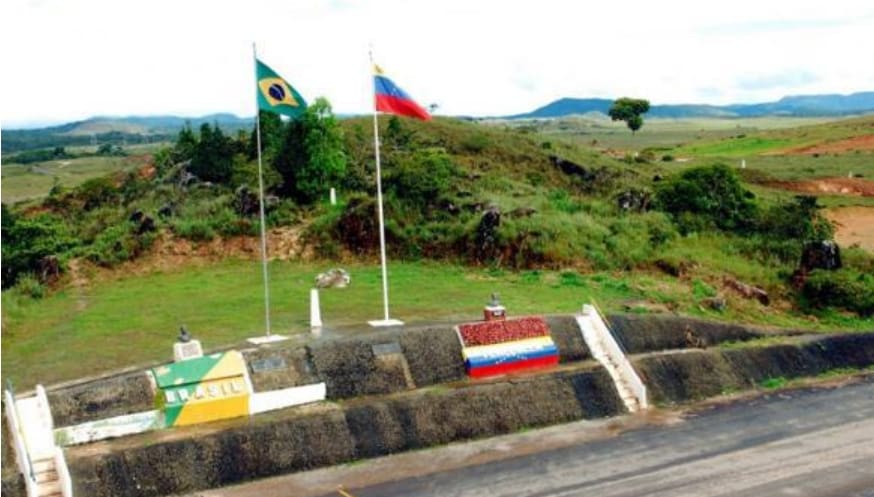 A declaration was signed in Bogota on Monday that “requires the immediate departure of Nicholas Maduro,” but “without the use of force and military intervention . ” 13 Latin American states (Mexico did not send a representative) condemned “acts of violent repression”, which resulted in “several people were injured and killed on the border with Colombia and Brazil “, which “exacerbated the risk to the life, dignity and integrity of the Venezuelans.”

The countries appealed to the International Criminal Court (ICC) to analyze the situation in Venezuela under the blockade of the so-called “humanitarian aid” from the United States. According to an anonymous source in the Trump administration, the United States considered that the group had taken an “irresponsible” decision to exclude intervention in Venezuela from the options for influencing Nicolas Maduro.

Latin Americans retreated, perhaps because Washington did not support Europe. The EU said it would support a “democratic transition ” in Venezuela, which “must be conducted by the Venezuelans themselves peacefully.” Brasilia has changed its point of view. Earlier, behind closed doors, Brazilians, if I may say so, “showed interest” in a radical US decision. But after Mike Pence in Bogota failed to convince the rest of the group, the Brazilians softened their tone.

“Brazil has always supported a peaceful solution to any problem with our neighbors,” said Vice President Amilton Murao. And the owner of Itamarati (Ministry of Foreign Affairs) Ernesto Araujo added: “The military option is completely excluded.”

Later, in an interview with O Globo, Murao, in the absence of Pens, became even bolder . “We are not considering any hypotheses to facilitate US military intervention in Venezuela across the Brazilian border,” he said. The government “simply cannot” allow troops to be deployed unilaterally and the “majority” of officials surrounded by the president share this position, Murao added. In addition, he recalled that any presence of foreign troops in Brazil should be authorized by Parliament.

However, House Speaker Rodrigo Maya, with whom Bolsonar consulted on steps toward Venezuela, said that Brazil can be used as a pretext for the US decision on military intervention in Venezuela, “since 200 tons of materials sent to the country, did not go there as expected. “

One of the factors that may influence the decision of the president is that the state of Roraima , where the only equipped point of crossing the common border of 2100 km is located, receives two thirds of the electricity it consumes from Venezuela.

Venezuela’s self-proclaimed president, Juan Guaido, announced that he was going to Brasilia on Thursday to meet with Bolsonar. The return of Guaydo to Venezuela under a big deal, as legal president Nicolas Maduro, hinted that justice would be dealt with.

Read the topic : The expert told how the US will overthrow Maduro by force