The other side of the anti-vaxx community…(ed)

and, the Coast Guard is full of much of the same…Jew hating closet Zionists with more than racial identity problems…products of Deep State and their right wing controlled media….

“Hasson appeared to be a chronic user of the opioid painkiller Tramadol and had purchased a flask filled with four ounces of “synthetic urine” online, prosecutors said. Authorities suspect Hasson had purchased fake urine to use in case he was randomly selected for a drug test…Fox News”

In the early summer of 2017, US coast guard lieutenant Christopher Hasson had an idea. He had been trying to figure out an effective way of killing billions of people – “almost every last person on Earth” – but found himself coming up against the daunting logistics of such a task. 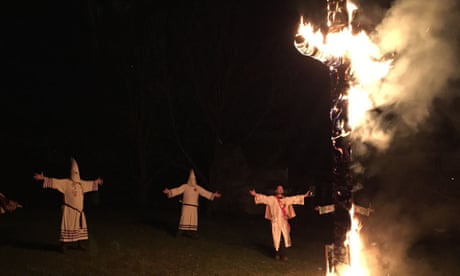 America’s dark underbelly: I watched the rise of white nationalism

He suspected “a plague would be most successful”, but didn’t know how to get his hands on enough Spanish flu, botulism or anthrax. His idea, he wrote in a draft email from 2 June of that year, would be to “start with biological attacks followed by attack on food supply”. He acknowledged the plan needed more research.

While horrifying in their ambition, Hasson’s plans, gleaned from email drafts, are scatterbrained and bear the hallmarks of a person still trying to figure things out. His tentative plans, outlined mostly in emails to himself, were thwarted when he was arrested last month on firearms and drugs charges and investigators discovered his inner life as a neo-Nazi and his plans for mass murder – along with a huge cache of weapons and a hit list of prominent Democrats and media figures.