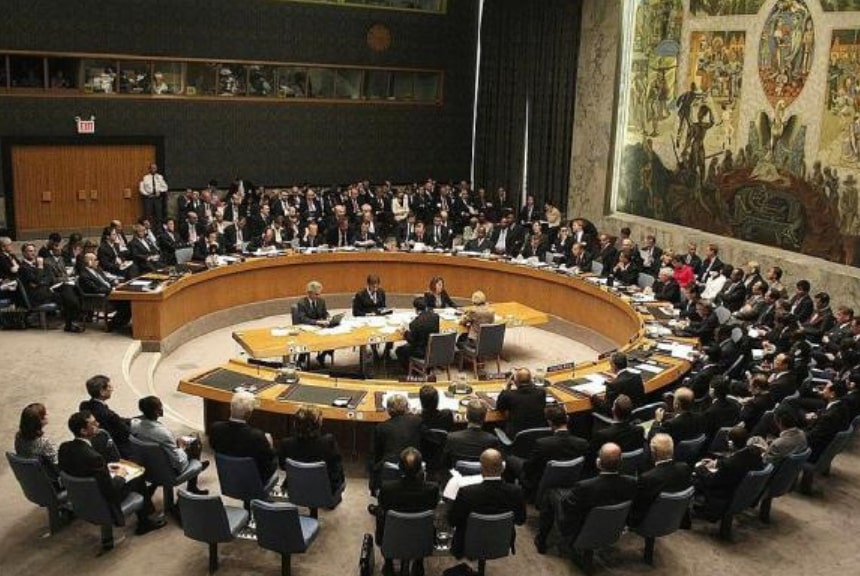 The American resolution said that Venezuelan President Nicolas Maduro was re-elected in May 2018 as a result of “not free and not fair” elections , it called for new presidential elections and organizing access for delivering foreign humanitarian aid to the country. 9 members of the UN Security Council voted in favor of the resolution, South Africa joined the Protestants in Russia and China, and three delegations abstained.

Note that Russia and China do not often impose a double veto, more adhering to the “distribution of responsibilities” on vetoing Western resolutions. For example, the resolution on Syria is vetoed by Russia, and on the DPRK – by China. The last double veto was imposed in 2008 on a resolution on Zimbabwe, and before that in 2007 on Myanmar. In both cases, the West did not suit the government of these countries, and the resolutions were based on Chapter VII of the UN Charter, allowing the use of force to implement the resolution.

And this time, the draft submitted by the US delegation “was written to change the regime disguised as caring for people. We have already seen all this in relation to Libya, Iraq, Syria, Afghanistan,” said Russian Ambassador to the UN Vasily at the discussion table. Nebenzya. If this resolution is adopted, the Security Council will for the first time in history decide on the appointment of the president and dismissal of another, ”said Nebenzya.

He added that the US is using efforts to deliver humanitarian aid as a cover for military action to overthrow Maduro . Humanitarian organizations avoided this channel as a political ploy, the Russian permanent representative remarked and asked why the United States did not want to send supplies through the usual UN channels.

US Special Representative for Venezuela Elliot Abrams said that such assistance will be “redirected” by the Maduro regime.

Ma Zhaoxu, Permanent Representative of China to the United Nations, said that Beijing is against military intervention in Venezuela’s internal affairs and “against humanitarian aid for political purposes, which creates instability not only in Venezuela, but also in neighboring countries.” through dialogue and consultation. China knows that the Venezuelan government has shown restraint in trying to maintain peace and security in the country, “Zhaoxu said.

Then, in the UN Security Council, a Russian project was voted, which proposed using the negotiation process in Uruguay. Apart from Russia, China and South Africa, Equatorial Guinea voted for him. Thus, he was unable to collect 9 votes for approval, but still was vetoed by the United States, Britain and France.

Nebenzja noted that at the expert-level consultations on this text, “we did not hear any specific comments. Western experts stated that they would not work on our text and the American colleagues immediately submitted their draft to the vote. Where is the diplomacy? Where search for a compromise? “, – said Nebenya.

According to Pravda.Ru, the self-proclaimed Venezuelan President Juan Guaydo arrived in Brazil on Thursday to try to convince the country’s authorities to help the United States in their intervention in Venezuela. On Monday, the “Lima group” adopted a resolution on the inadmissibility of the use of force in solving the Venezuelan crisis. Despite the blockade and diplomatic pressure, Nicolas Maduro demonstrates nerves of steel and holds the levers of power, which distinguishes him favorably from the previous “dictators” deposed by Washington.

Read on : Frankfurter Allgemeine: statements by Guaydo testify to its helplessness