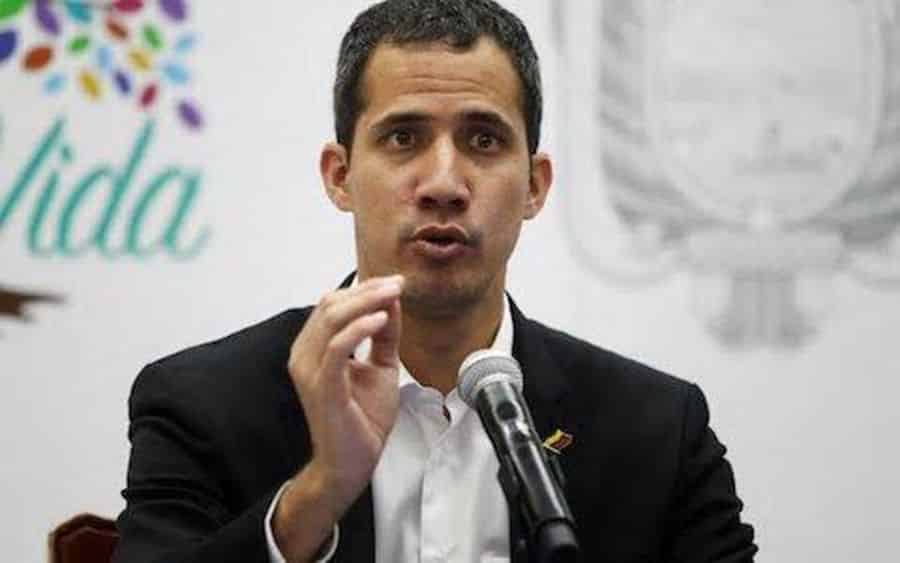 Guaido, who has been recognized by more than 50 countries as interim president, gave no details of when or how he would return. He asked supporters to pay close attention for messages of where the demonstrations would take place on Monday. “Let’s go Venezuela,” he said.

Defying a travel ban by President Nicolas Maduro, Guaido slipped across the border to Colombia last week to try to bring in the aid and to meet with visiting U.S. Vice President Mike Pence.

The 35-year-old political newcomer continued on to Brazil, where he met the new right-wing president, Jair Bolsonaro, and on Friday traveled to Paraguay and Argentina. He has spent the weekend in Ecuador.

Guaido stunned the world on Jan. 23, proclaiming himself Venezuela’s acting president after the National Assembly he leads declared Maduro a usurper and illegitimate over his May re-election, which was widely criticized as fraudulent. Guaido wants to oust Maduro and set up a transitional government ahead of new elections.

Maduro — who retains the support of Venezuela’s powerful military — enjoys strong support from Russia, which accuses Washington of interventionism, and China, which is concerned over the fate of billions of dollars in loans to Maduro’s regime.

The socialist president warned last week that Guaido should “respect the law” and would have to “face justice” if he returns to the country.

Guaido said last week he intended to return to Venezuela “despite threats” to arrest him. The U.S. and other allies have expressed concern for his safety.