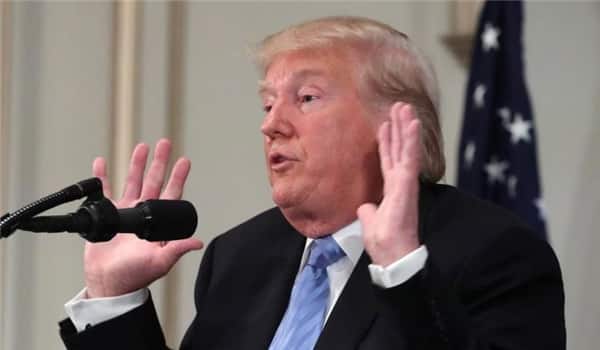 “It’s very clear that the president obstructed justice. It’s very clear,” Nadler said on ABC’s “This Week”, before pointing to how Trump has repeatedly referred to special counsel Robert Mueller’s investigation as a “witch hunt”.

“He tried to protect [former national security adviser Michael] Flynn from being investigated by the FBI. He fired [former FBI Director] James Comey in order to stop the ‘Russian thing’, as he told NBC News,” Nadler continued, adding, “He’s intimidated witnesses in public.”

But Nadler stated that lawmakers weren’t pushing to launch the impeachment process because they still need to sort out evidence and make a case to the American people.

“We have to do the investigations and get all this,” he said, noting, “We do not now have the evidence all sorted out to do an impeachment.”

Nadler added that “before you impeach somebody, you have to persuade the American public that it ought to happen.”

“You have to persuade enough of the opposition party voters, Trump voters … that you’re not just trying to reverse the results of the last election,” he stressed, stating, “We may not get there, but what we have to do is protect the rule of law.”

The New York congressman added Sunday that the committee he chairs is prepared to issue “document requests to over 60 different people” close to the White House as part of an investigation of the president.

Whether Trump has attempted to obstruct justice has received renewed scrutiny since The New York Times released a report on how the president has tried to influence investigations into himself and his allies, such as Cohen.

The Wall Street Journal reported last week that the Judiciary Committee believes it has evidence that Trump asked former acting Attorney General Matthew Whitaker to put his ally, US Attorney Geoffrey Berman, in charge of an investigation into Cohen.