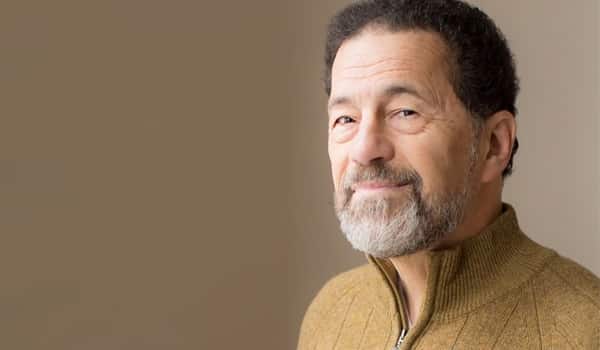 Speaking in an exclusive interview with FNA, Lawrence Davidson said, “When Trump took office he said that human rights would no longer be a guiding principle of policy.”

Commenting on the US foreign policy, the American professor said “above the US’s claim to be supportive of human rights is largely for public consumption”, and “the US has a more profound record of destroying other nations’ governments and economies for the sake of the private profit of US corporations.”

Lawrence Davidson is a retired professor of history from West Chester University in Pennsylvania. In his academic researches, he has focused on American foreign relations with the Middle East.

Q: Ankara has shared the audio recording of Khashoggi’s last moments with Washington, indicating the involvement of Saudi Crown Prince’s top aide and CIA saying that MBS has issued the order for Khashoggi’s murder. Why does Trump insist MBS was not involved in Khashoggi’s murder?

A: Trump has a good personal relationship with Mohammed Bin Salman. The Saudi prince is the kind of personality that appeals to Trump — a guy who supposedly gets things done, even if he is ruthless in doing so. Other friends of Trump along these lines are the “presidents” of Egypt and the Philippines.

On the other hand, the Saudis have trillions of dollars invested in the US that are foundational when it comes to the defense industries and some of the banks. That gives the Saudis leverage over the US economy and the president.

Therefore, the short answer is we have a very important ally of longstanding, with leverage over the US economy in areas of defense and security, the leader of whom president Trump personally likes. To have the guy personally be a murderer caught red handed killing an American resident is really inconvenient. So President Trump goes into denial and delay mode.

Q: Unlike majority of the heads of the states, Trump says he stands by Mohammed Bin Salman. Does that lay bare Trump disregard for US values?

A: The truth is that the values you speak of have always been more important in theory (part of US mythology) rather than practice when it comes to foreign policy. The US has a more profound record of destroying other nations’ governments and economies for the sake of the private profit of US corporations than in the support of democracy and the human rights of other people. Iran has been a victim of this fact. So, those who bemoan that Trump is not representative of American values simply mistake their countries mythology (we are out there supporting democracy and development) for its history.

Q: US Senators have passed a resolution blaming Mohammed Bin Salman for Khashoggi’s murder, saying he was complicit in the killing. Do you believe this move can change Trump’s administration’s policy toward Saudi Arabia?

A: The US Senate’s outrage over MBS’s complicity in Khashoggi’s murder has to do with the facts that Khashoggi was a US resident working for a well-known US newspaper. Also the murder was executed in an amazingly brutal and sloppy way. Furthermore, the whole affair quickly became public knowledge. Echoing the disbelief and horror of their constituents was done by most of the Senators, who, remember, don’t know much US foreign policy history, but do know the mythology that says we are the good guys. If the affair had been handled quietly and with discretion you might not have gotten this reaction in the Senate. However, as it stands, the Senate has no real power over Trump’s behavior toward the Saudis and I doubt their outrage will make any difference.

Q: The investigation into the murder of Jamal Khashoggi is reportedly being taken to the United Nations. In case the US vetoes any binding resolution against Saudi Arabia, what message Will Trump send to other nations? Do you believe if Washington can play the role of a watchdog for sanctity of human rights any longer?

A: When Trump took office he said that human rights would no longer be a guiding principle of policy. And it has not been. In any case, as suggested above the US’s claim to be supportive of human rights is largely for public consumption and not very real in practice. This has been the case for a very long time prior to Trump. This being the case, the US hardly qualifies as a “watchdog” of other people’s rights. Thus, the veto will be used to protect the Saudis just as it has been used to protect Israel. The US lobbies representing both of these foreign powers of infinitely are stronger than those representing human rights.