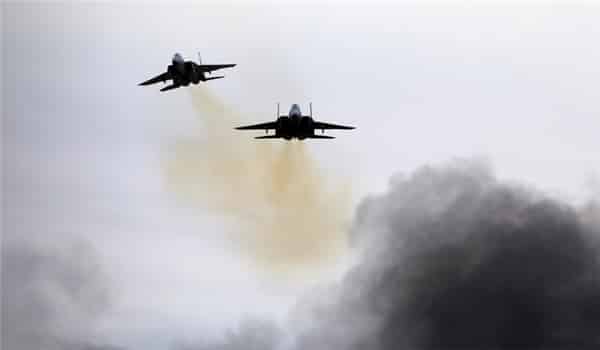 Meantime, the Arabic-language service of Sputnik news agency reported that the Israeli Army has fired several rockets at the Northern farms of Quneitra City East of buffer line between Israel and Syria from its positions in the Occupied Golan.

The source pointed to Israel’s missile attacks on the former headquarters of the UNDOF West of Bravo line which detaches the freed section of the Golan from the section that is still under Israel’s occupation, and said three Israeli missiles have hit the farms West of the town of Hadar in buffer line, but caused no damage.

Israel’s new aggression against Syria came as Tahrir al-Sham al-Hay’at (the Levant Liberation Board or the Al-Nusra Front), Haras ul-Din and Turkistani party terrorists have attacked the Syrian Army’s positions in de-militarized zone stretching from Northern Hama to Northwestern Lattakia.

In a relevant development in late January, Damascus threatened to exercise its legitimate right for self-defense against Israeli aggression and target Tel Aviv airport in a mirror response, unless the Security Council puts an end to IDF intrusions into Syrian airspace.

Apparently fed up with years of Israeli impunity in the Syrian skies and regular strikes carried out in the vicinity of Damascus International Airport, Syria has threatened to retaliate in explicit terms, RT reported.

“Or is it required to draw the attention of the war-makers in this Council by exercising our legitimate right to defend ourselves and respond to the Israeli aggression on Damascus International Civil Airport in the same way on Tel Aviv Airport?” he stressed.