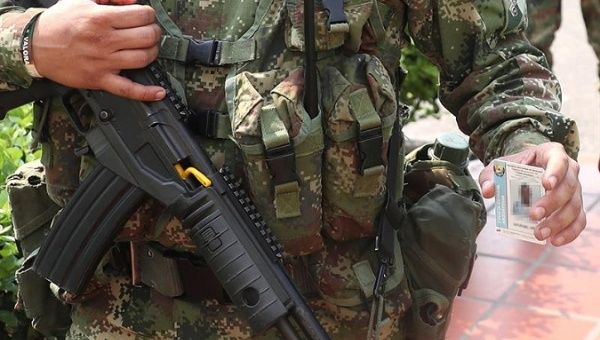 Together with Venezuela’s opposition, the United States government is planning a new false flag operation along the Colombian border, socialist leader and protector of the Venezuelan state of Tachira, Freddy Bernal, said Sunday.

“I have direct information from officers of the Colombian National Police that other attacks are coming along the Colombian-Venezuelan border and they are trying to twist the false flag by saying that Venezuela is going to attack Colombia,” Bernal said during a televised interview with HOY.

The socialist leader told journalist Jose Vicente that the false flag operation will be bringing troops to the border for military exercises like those prevented from entering Venezuela over the last weeks.

Mercenaries and defectors from the Bolivarian army will be receiving training and equipment in preparation for the alleged attack, similar to the one executed Feb. 23 when ex-militants and members of the opposition attempted to transfer U.S.’”humanitarian aid” to Venezuela from Colombia.

Bernal said, “They are already arming and are going attack our Venezuelan military and our political leaders here on Venezuela’s side of the border, of course.

“I want to warn the international community that a mode of war is being prepared against Venezuela aimed at causing internal chaos through the incursion of paramilitaries, mercenaries and some traitors,” he said.

Bernal warned that the danger has not passed, “We can not be naive and we must be alert, “he emphasized.”

During the interview, Bernal reiterated the denouncements made by Vice President Delcy Rodríguez, and Ambassador of Venezuela to the U.N. Samuel Moncada in which they warned of the creation of a so-called “army of liberation” by the Venezuelan right-wing opposition.

Bernal’s appointment as a protector of Táchira by President Maduro year ago made him head of the security staff at the state’s border region with Colombia given that it is an unstable border area due to smuggling and drug trafficking.