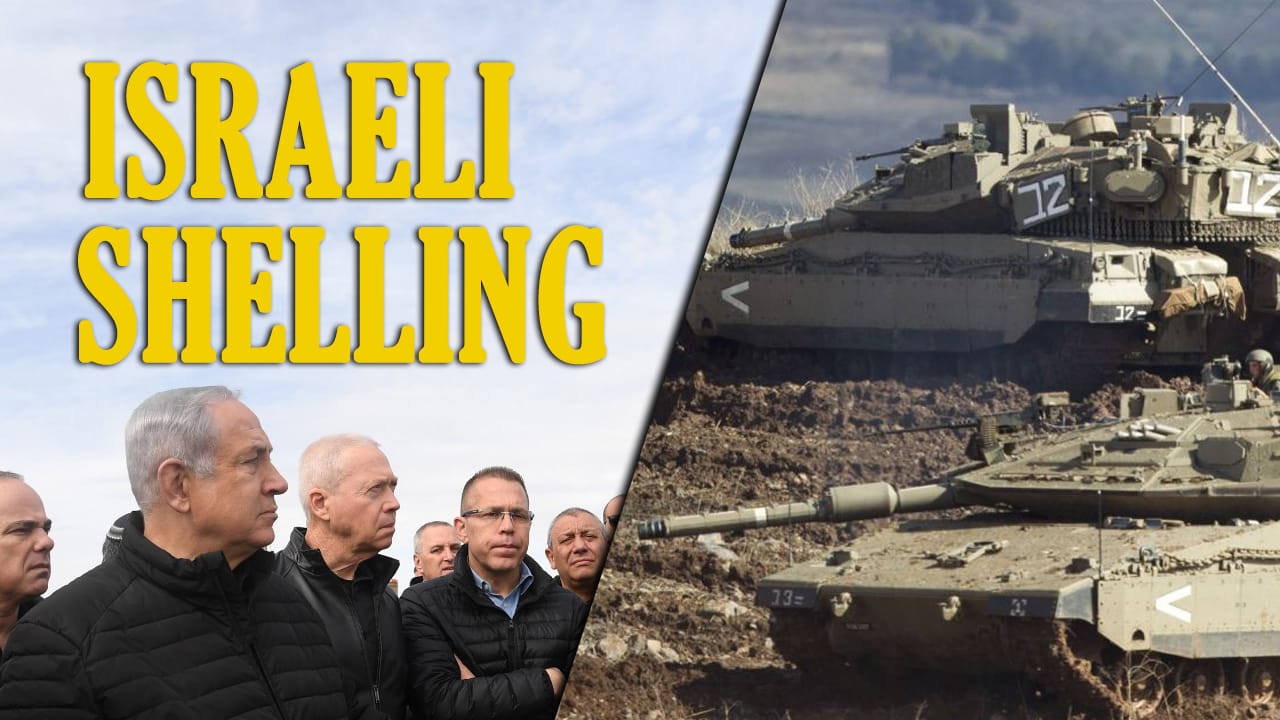 Late on March 3, battle tanks of the Israeli Defense Forces (IDF) shelled positions of the Syrian Arab Army (SAA) near Qars Nafal and Jubata al-Khashab in the province of Quneitra. Local sources said that the Israeli attack did not inflict casualties and revealed that these SAA positions remain empty most of the time.

Following the attack, multiple Israeli warplanes, helicopters and unmanned aerial vehicles were spotted flying over the Israeli-occupied part of the Golan Heights.

A previous IDF strike in this area took place on February 11. Then, the attack targeted a Quneitra city hospital and an SAA positon near Jubata al-Khashab causing no casualties.

In comparison with IDF attacks on alleged Iranian infrastructure in the countryside of Damascus, the strikes in Quneitra province have a very small scale and almost no impact. Some Israeli sources claim that these attacks are a warning to Iranian forces, which may approach the contact line between the Israeli- and Syrian-controlled areas.

It is interesting to note that during a weekly cabinet meeting on March 3, Israel’s Prime Minister Benjamin Netanyahu claimed that Israel and Russia would work through a joint group to remove all foreign forces from Syria. Additionally, Netanyahu claimed that his country “will not allow Iranian military entrenchment” and “will continue to militarily act against it”.

Last week, Netanyahu visited Moscow and held extensive talks on Syria with President Vladimir Putin. This was the first face-to-face meeting between the two leaders had since the downing of the Russian intelligence plane over Syria in September. According to some experts, this meeting is a sign that the Russian-Israeli relations may have been started improving since the IL-20 incident, which was caused by what the Russian military described as “hostile” Israeli actions. Despite this, it does not mean that Moscow and Tel Aviv have a full understanding on the all range of issues regarding the conflict.

While Tel Aviv sees the withdrawal of Iranian forces from Syria as a top priority, Moscow and Damascus consider the presence of Iranian personnel as a legal move because they are deployed under request from the Syrian government. Furthermore, Damascus and Teheran are being engaged in a deep military technological cooperation. On the other hand, Moscow, Teheran and Damascus are interested in the US withdrawal from the areas, which it occupied in northeastern Syria, something what Israel would not like to see. This means that the creation of the joint working group will not likely lead to the withdrawal of all or at least some foreign forces.

Nevertheless, the Israeli-Russian group may become a useful tool to de-escalate the situation between powers involved in the Syrian standoff and to start working on some compromise decision on the settlement of the conflict.

The US-backed Syrian Democratic Forces (SDF) are finishing their operation against ISIS in the Euphrates Valley. Over the past few days, the US-led coalition has delivered multiple artillery and air strikes in the area. The ISIS-held pocket will soon be declared eliminated.

According to reports, during a recent “humanitarian pause” only, from 300 to 500 ISIS fighters and members of their families surrendered to the SDF. Separately, the SDF revealed that its administration had decided to release 283 ISIS-linked persons. The declared reason of this decision is that they have allegedly not participated in crimes of the terrorist group.

The number of ISIS-linked persons within the SDF-held area is growing. Without a proper security management, this may create conditions contributing to the growth of ISIS cells network in northeastern Syria.