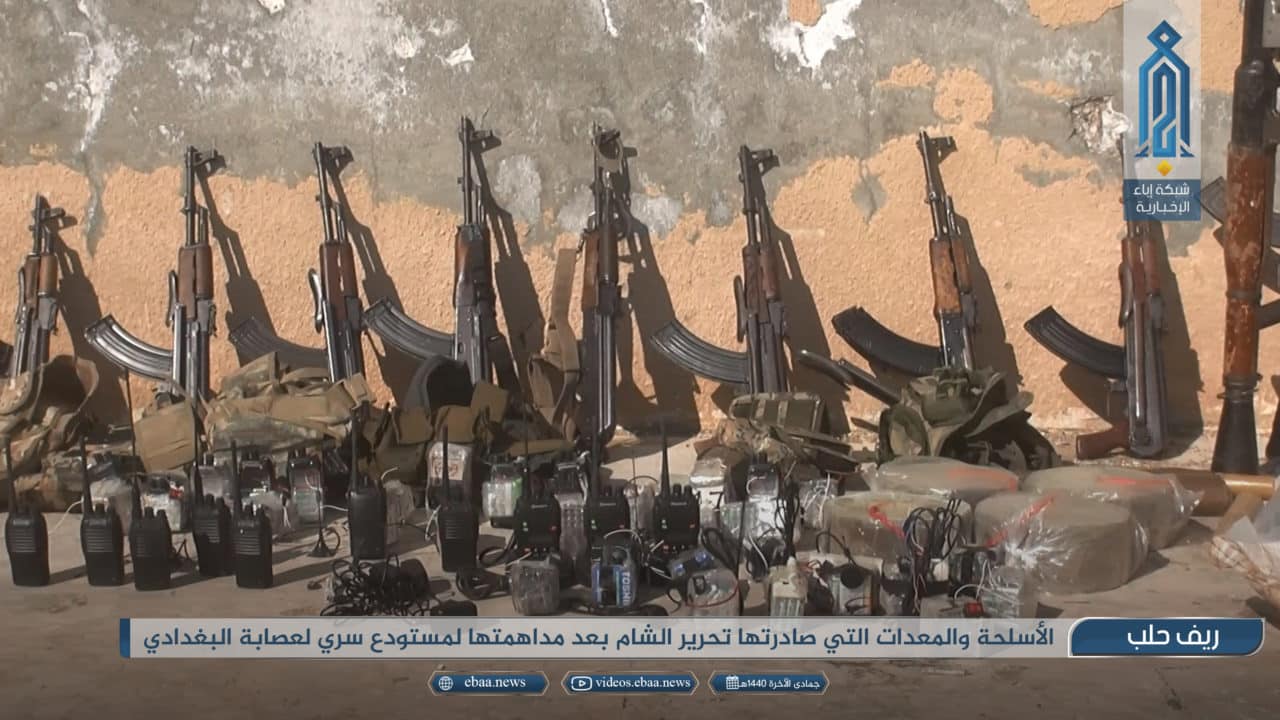 Hay’at Tahrir al-Sham (HTS) announced on March 6 that its security forces has captured a senior ISIS commander during a special operation in the town of Atarib in the western Aleppo countryside.

“Thanks to God we arrested Abu Khattab Kafr-Nabudah, the commander of Atarib security cells, which are loyal to al-Baghdadi’s [ISIS leader] gangs,” a security commander of HTS told the group’s news network Iba’a. The operation in Atarib is a part of the ongoing war between HTS and ISIS. Last week, an ISIS suicide bomber blew himself up inside a local restaurant in the city of Idlib killing several foreign HTS fighters. In response to the attack, HTS executed ten ISIS members.

ISIS expanded its activity within the HTS-held territory in northwestern Syria last year. One of the possible reasons is an attempt to make up loses in the eastern part of the country. Despite HTS attempts to contain this threat, ISIS is still operating freely within the Idlib zone.

The ideological similarities between supporters of both groups allow ISIS to keep presence and operate within HTS-held areas.

More on this topic: