Home Government Republicans and Democrats Say Their Criticism of Ilhan Omar Is About Anti-Semitism.... 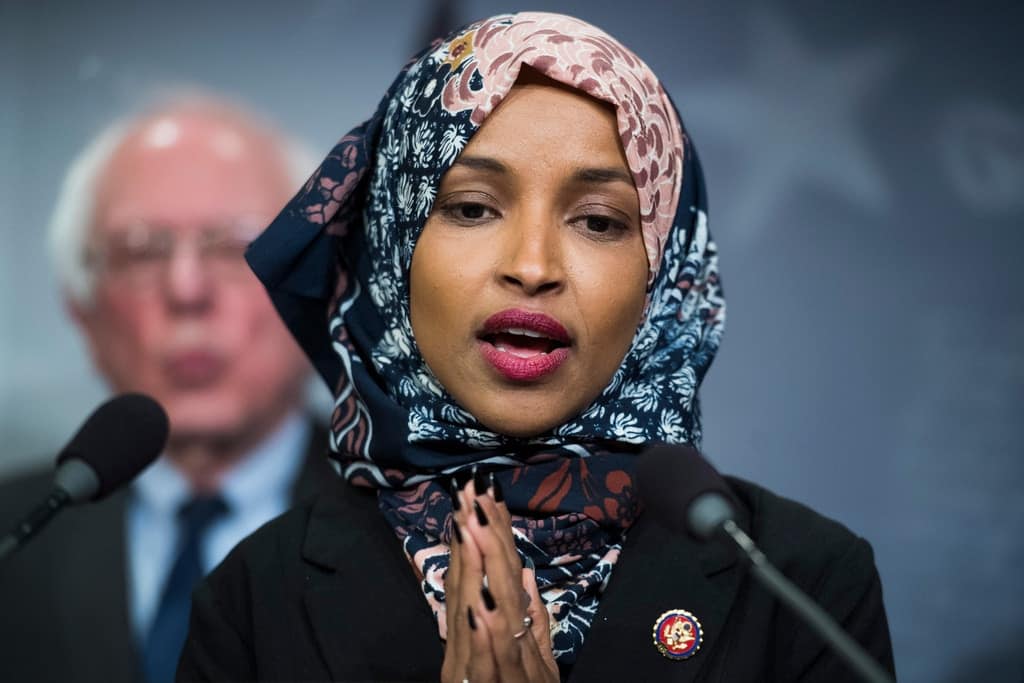 SO LET ME get this straight: The president of the United States has called neo-Nazis “very fine people”; retweeted neo-Nazis; told an audience of Jewish-Americans that Israel is “your country”; and indulged in viciously anti-Semitic conspiracy theories. While running for office, he tweeted an image of Hillary Clinton inside a Star of David, next to a pile of cash; told an audience of Jewish donors, “You want to control your politicians, that’s fine”; and put out a campaign ad that attacked three rich and powerful Jewish figures. While a private citizen, he insisted only “short guys that wear yarmulkes” should count his money and kept a book of Adolf Hitler’s speeches on his bedside table.

He has never apologized for any of this. Nor has he been censured by Congress.

Since coming to office, he has hired, among others, Sebastian Gorka — who made the Nazi-linked Hungarian group Vitézi Rend “proud” when he wore its medal to an inauguration ball — and Steve Bannon, who didn’t want his daughters attending a particular school in Los Angeles because of “the number of Jews.”

Neither of them has apologized. Nor have they been censured by Congress.

In the Senate, Ted Cruz has denounced “New York values” while on the campaign trail, and Sen. Chuck Grassley has suggested that Jewish philanthropist George Soros paid the protesters who confronted then-Sen. Jeff Flake in an elevator with their stories of sexual assault last October.

Neither of them has apologized. Nor have they been censured by Congress.