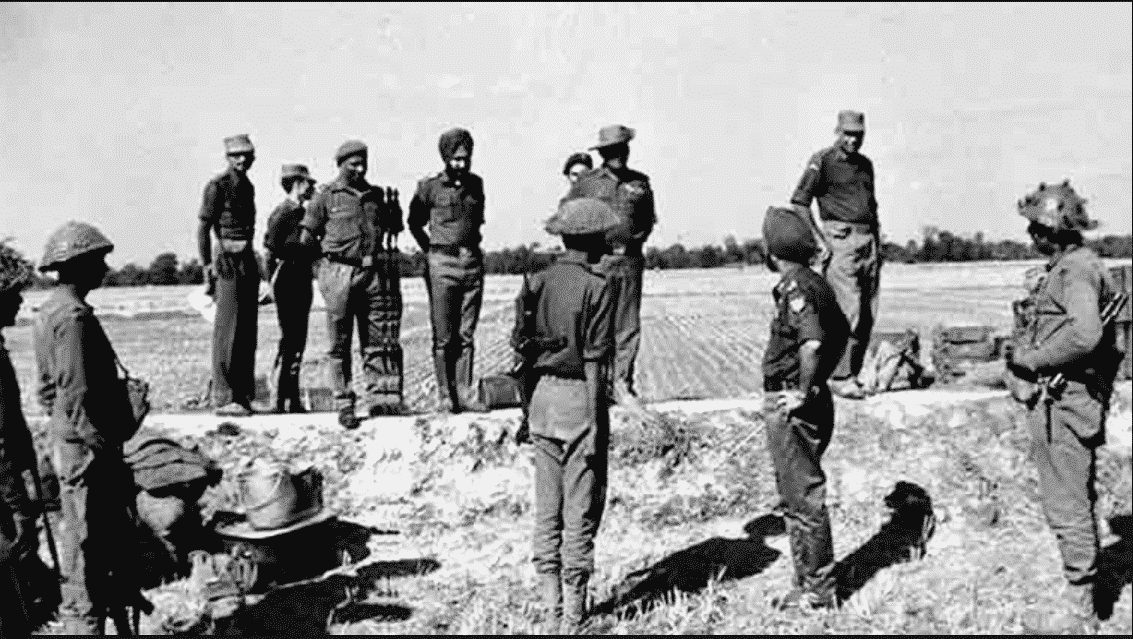 An Exclusive for VT

How can the recent escalation between India and Pakistan be best described? From my viewpoint it was an escalation planned by an international coalition through the springboard of India. The fact that a self-conceived emerging superpower had to rely heavily on others to punish Pakistan opens a new debate on evolution of nuclear strategy and nuclear umbrella. Strategy, because Coercive Credibility failed, and Umbrella because the stronger country despite enjoying a nuclear luxury created an illogical Fire Break Point.

It reinforces Bernard Brodie’s thesis of nuclear weapons for peace. Much to the humiliation of India and Israel, a nuclear conflict has just been averted because India’s Coercive Credibility was built on irrationality. This is one of the high points of the invisible war Pakistan is fighting for past two decades. I had commented nearly fifteen years ago, “The war has already begun. The question is. When did it begin?” Now when will it end? Like all conflicts, there is no answer.

Immediately after the Soviet withdrawal from Afghanistan, Pakistan was put under sanctions for pursuing a Nuclear Programme. The Afghan Mujahedeen backed by USA were abandoned. There was no reconstruction. The country became a lawless region and an international sanctuary for militants. Pakistani and Afghan initiatives at peace were rejected by USA. Pakistan’s adjacent tribal regions faced worst spillover effects. By 1998, when additional sanctions were imposed on Pakistan, it became clear that lawlessness in Afghanistan was an element of US policy over Pakistan. Since nuclearisation prohibited conventional war, the conflict took a diverse shape. 9/11 pushed the conflict into Pakistan and Pakistan’s present war begun.

The tragedy is that most Pakistanis never realised they were at war. Despite many chilling incidents and constant rejoinders, Pakistan remained in the mode of ‘business as usual’. The successes in ‘war on terror’ were in stark contrast to deliberate economic surrender. The internal strengths cardinal to prolonged sustained modern warfare were compromised. Pakistan’s rulers and policy makers were willingly complicit in weakening the country. They shaped the environment in personal greed, appeasement of global and regional centers of power; and as Wusatullah Khan, a Pakistani journalist branded, ‘a Bakhshu’; an international errand boy.

Here are some excerpts written and repeated by me from 2008 onwards in Pakistan’s leading English and Urdu dailies with an updated commentary. Due to sensitivity of the ongoing escalation, no new inferences have been included.
India’s quest for security and response to perceived external threats is shaped and complicated by her past. Wary of the freedom struggle in Kashmir, an exaggerated threat of Islamic militants and fear of another ‘Two Nation Theory’ from within; Indian strategists have been toying with the idea of using a small but a lethal strike against Pakistan with Israeli and international acquiescence. Though threatening, such joint ventures were pre-empted in the past and given an impetus by Narendra Modi’s Rukma Vimana and his extra ordinary cooperation with Israel.

This meant high profile coercion exploiting international perceptions. To capitalise, India compromised its traditional mantra of non-alignment to align for short term gains against Pakistan. The objective was to frame a politically discredited, ethnically fragmented, economically fragile and a morally weak Pakistan.

The intervening period culminated in efforts for ‘Broad Spectrum Dominance’. It followed the patterns applied by Israel in the Middle East. Indian military structure and force goals for more than past two decades were Pakistan specific. Pulwama incident and the escalation provide evidence that Indo-Israel cooperation has extended into an international axis against Pakistan.
Indo-Israel cooperation lies in the facts that it bifurcated Arabs and Palestinians and that its technology is largely indigenous and facilitates material transfer with no end user problems. India’s entire digital battlefield largely contributed by Israel is linked in real time with the Israeli systems and its allies.

In the past 15 years, Pakistan has become the world’s biggest eavesdropping zone from posts in Afghanistan, India, IHK and Middle East. The network is also embedded all over Pakistan through agents in every sinew of Pakistan’s society.

It is only recent that Pakistanis have become aware of ‘non-kinetic warfare’ or the more recent term ‘Hybrid Warfare’. Attack on the Indian Parliament, Mumbai, Pathankot and Pulwama provide a political rationale for intimidation, needed by India to justify its strategic objectives. India has cleverly placed itself in the same league as rest of the world on terrorism.

Nuclear capability of Pakistan provides a very small window of opportunity to India to carry out a physical offensive. This action could be a raid in the garb of hot pursuit through ground or Heliborne troops, precision air strikes with or without stand-off; remote controlled targeting through a guided missile attack, and in worst case, an attempt to seize objectives close to the international border with little military but considerable political significance. Pakistanis must know that this scenario has been repeatedly war-gamed and perfected along the axis.

Notwithstanding military and diplomatic brinkmanship, India benefits from armed and surveillance drones operated by Israeli crews from inside India. With active assistance, some Indian aircrafts have acquired a beyond visual range, precision stand-off capability, something witnessed during the Kargil conflict. At Balakot, India once again demonstrated this capability with failure.

What is more significant is that Pakistan Air Force retaliated effectively in a predominantly Indo-Israel dominated digital battlefield. Pakistan’s indigenous technologies and training outwit Israeli. The fact that this riposte was led by Pakistan’s vintage aircrafts and indigenous JF 17 Thunder was a shocker for most.

Through the civilian nuclear deal with USA, India benefits from an extended US Nuclear Umbrella, strategic and diplomatic support. Taking a leaf from Israeli opaqueness in nuclear doctrine, India applied a conceptual innovation in nuclear strategy. The Indian revision in the nuclear doctrine implies the ambiguity in the ‘no first use clause’. Through a declared ‘no first use’ and contrasting ‘pre-emptive retaliation’, India creates an illusion of making a coercive transaction from doctrine of ‘Limited Conventional War’ to an opaque level of conflict in which the nuclear weapons remain in a very high state of alert. India flirted with the concept of a limited strategic coercion in the shadow of a very high non-degradable nuclear alert beyond Pakistan’s capability to neutralise. But Pakistan was alert and retaliated with an even more punishing threat.

The most dangerous part of Indian offensive intents seems irrational, but sinks once India’s global alliances are factorised. The whole body of war fighting reasoning in limited conflicts warrants a ‘level of rationality’, which is technically impossible. Being a part of cognitive control, conclusions from an animated ‘Graduated Escalation Ladder’ (GEL) are always vulnerable to a ‘Fire Break Point’ that could result in uncontrolled conventional and nuclear escalation. On night 27-28 February premature Indo-Israel adventurism reached such a ‘Fire Break Point’ without a conventional conflict.

India’s deployment of missiles against targets in Pakistan including Karachi and Bahawalpur indicate that the assessment written in 2008 was accurate. Though nuclear strategists analysing this crises may think differently, the fact is that India and its allies did suffer from skewed ideas about level of rationality. It was a ‘First Strike’ reasoned on the premise of ‘Pre-emptive Retaliation’ and sufficient escalation control measures. Yet, India despite technological and material support, failed to prove it was a hegemon.

That Pakistan was up for the challenge to deter this nuclear adventure will always be debated by western strategists and analysts citing timely US intervention. Maybe, the final verdict will be that the crisis was temporarily averted due to Pakistan’s readiness and intervention of international actors. Many will argue that this was an engineered escalation to test out Pakistan.

In those trying moments Pakistan felt alone. It is too early to comment, but significant that tremors of escalation created by axis of Southern Front were felt in Pyongyang, North Korea.

The crises are far from over. Powers that be will continue to nibble at Pakistan’s nuclear deterrence. It is imperative that Pakistan identify the friends, foes and ‘neither friends nor foes’ to forge new alliances in its own interests.

The crises displayed Pakistan’s remarkable indigenous technological prowess. There is no reason why this cannot be replicated in Pakistan’s industry and innovations.
Pakistan has to put its own house in order, particularly agitating home led sustainable growth. This is what Pakistan’s present war is all about; a self-reliant, proud and credible Pakistan always at short notice to synergise its strong social fiber.
Brigadier General Samson Simon Sharaf (Retired) is a Pakistani military officer, political economist and nuclear strategist.