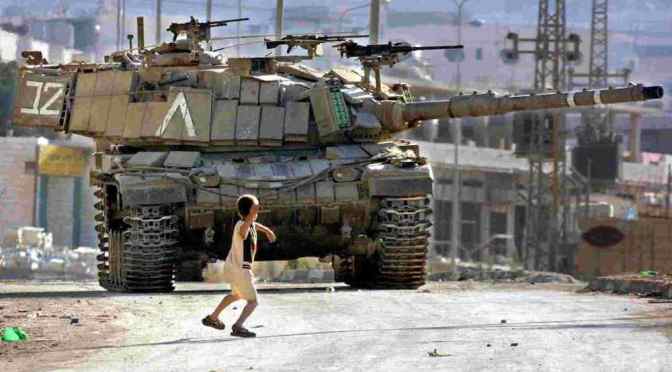 Why do we pay so much attention to Palestine vs. Zionism at False Flag Weekly News?

A Zionist, desperate to excuse his participation in the genocide of the Palestinians, recently asked on Quora:

What have Palestinians ever given the world?https://en.wikipedia.org/wiki/List_of_Israeli_Nobel_laureates

My answer (upvote it HERE):

Palestinians have given the world something more precious than any technological innovation or social advance. They have given us the greatest example of resistance to genocide in all of human history. Never has there been such an amazing and exemplary case of sustained resistance to evil that can compare with the principled and tenacious Palestinian struggle against fanatical invaders from across the seas bent on a mission of expulsion and extermination.

The Palestinians are struggling to preserve their beautiful culture and traditions. But they are also struggling for a better world—a world in which invasions, expropriations, and genocides will no longer have a place. The Zionists, who have no legitimate excuse for their murderously rapacious theft of another people’s land, fall back on the tired refrain: “Thousands of nations have committed thousands of genocidal expropriations! Attila the Hun did it! So why shouldn’t we? If you criticize us instead of Attila, you must be an anti-Semite!” The Palestinian response, not just spoken but lived and acted, is: “We will no longer accept a world in which genocide is the norm, exploitation is ubiquitous, and oppression is the rule. In rallying the world behind our just cause, we are also rallying the world to rise up against injustice, oppression, and genocide everywhere, and put an end to them.”

The struggle for Palestine is the struggle for universal justice and humanity. When it finally triumphs, the Palestinian example will illuminate the whole world. Future historians will regard the Palestinians as the people who, through their multi-generational struggle for justice, opened the way to a viable and genuinely human future for the entire planet.