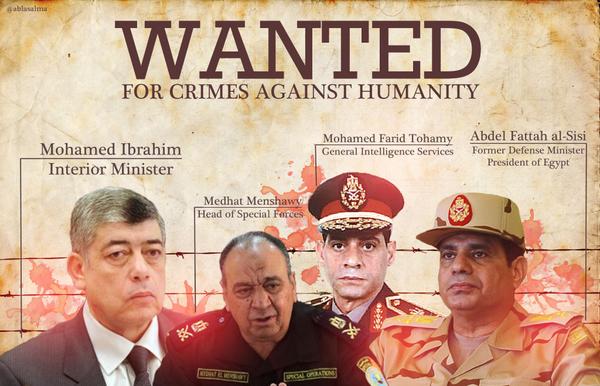 The original headline was “Al-Sisi’s a Jew, Egypt Is Israeli-Occupied Territory.” As my article went viral, quickly rocketing into the tens of thousands of reads, some ADL-type activist(s) complained to VT management, which obligingly changed the headline to “Jewish Al-Sisi Runs Egypt; Now an Israeli-Occupied Territory.” (That should stem the anti-Semitism pandemic!)

The article was well into the hundreds of thousands of reads when somehow the counter got reset. But never fear! Along came al-Sharq TV to translate the article into Arabic and put it on prime time television. So now the Arabic version is pushing 400,000 views—more or less where the English one was when parties unknown pushed the “reset” button.

Since my article was first published in the wake of al-Sisi’s 2013 coup d’état, the Jewish Generalissimo has continued to torture and massacre vast numbers of his peaceful political opponents. Meanwhile Egypt’s economy and morale have continued to sink. Today, pretty much everyone admits that al-Sisi is one of the world’s worst scumbags.

I would love to visit Egypt. But I am virtually guaranteed to be kidnapped and tortured by al-Sisi’s goons if I set foot there.

So please join me in praying for the quick demise of this monster, whose unspeakably brutal dictatorship is propping up Zionist genocide while crushing the life out of Egypt.