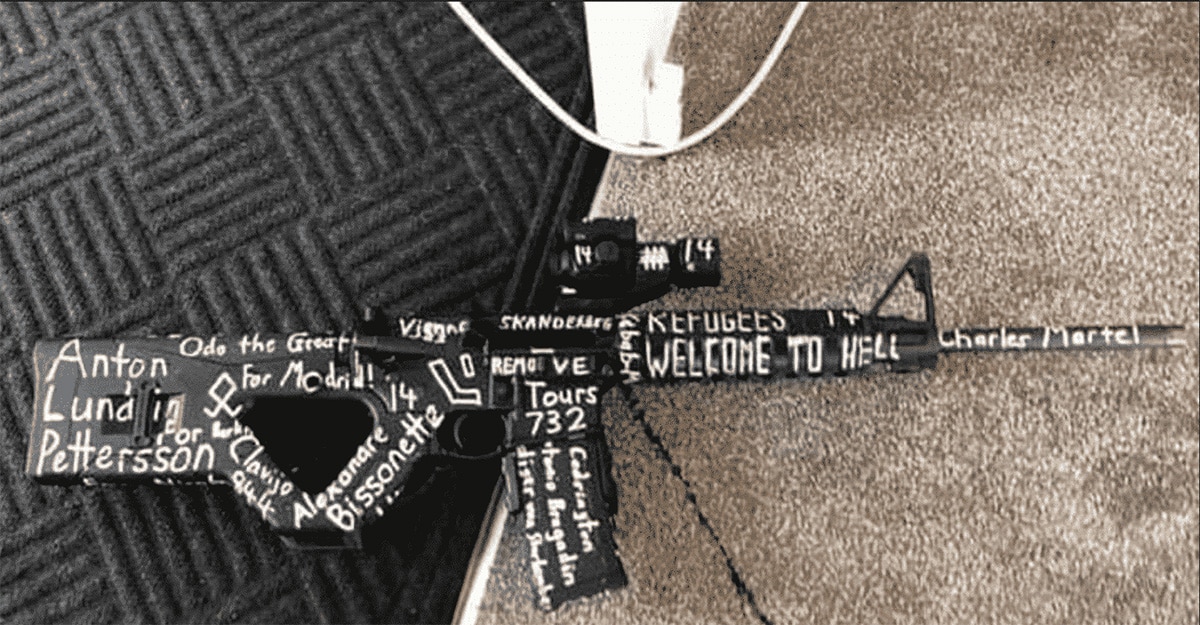 by Gordon Duff, VT Sr. Editor,  …with Sources in Israel, the Balkans and Turkey

We have an “OP” going on.  Same day, the fake website “The Intercept” called for the ICC to prosecute President Assad, the savior of the Syrian people, as a “war criminal.”  We had been waiting for their fake criticism of Israel to turn around, now that Israel faces full complicity for training and arming the Jewish shooter in New Zealand.

Start watching, roaches are streaming out of the woodwork on this one.  Confirmed, Glenn Greenwald is pure Mossad and this makes Snowden as big a fake as Israeli trained Julian Assange.  The Intercept, powerfully funded, was being closely watched.  We knew it was too good to be true.

The New Zealand mass killer trained in Israel in 2017 and 2018 then visited Turkey and the Balkans, this is confirmed.

When automatic fire broke out barely a mile from a police station, the Freemason ridden police waited, waited, waited and finally, 17 minutes later, showed up.  We saw this in Columbine and in nearly every shooting since, with few exceptions.

On November 7, 2018 in Thousand Oaks, California, a police officer, gun drawn, ran into a bar to stop a mass killing (attributed to a 28 year old Marine veteran named Ian Long).  The officer was murdered, at the scene, by his own men.  He didn’t know the rules.

Our story begins in 1948 where an impoverished Jewish family leaves Palestine for Britain and then Australia, where in 1970 they gain citizenship.  Five years later, a son is born, who in the succeeding 42 years only ages 28.  With the family now living in Australia, dad dies of mesothelioma (asbestos) and “Brenton” suddenly inherits enough money to travel the world though, as holocaust survivors, no living relatives exist.

Whatever world travels are on the list, and we are getting feedback every hour, a considerable sojourn in Israel is part of it, followed by Turkey and then a tour of neo-Nazi/Freemason training camps, the same facilities that prepared Anders Brevik.

We remember Brevik and his tiny Opel sedan and the fuel oil/fertilizer bomb whose output equaled 50 tons of explosive in a vehicle that is rated by Hertz and “two passenger and one suitcase.” 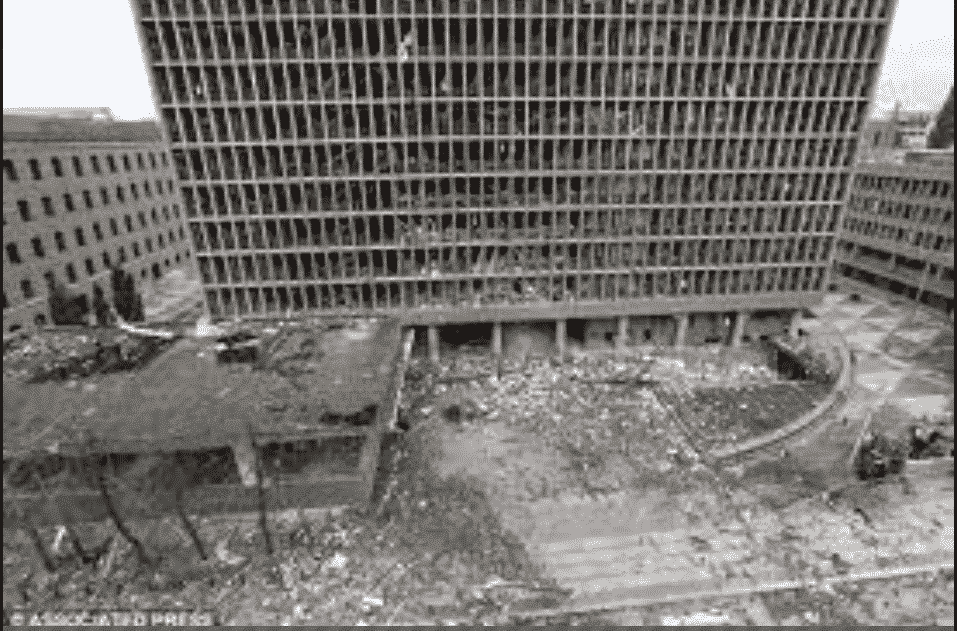 Police complicity is confirmed, over and over, not just in New Zealand and Australia, but the fake Brendon Tarrant has traveled the world as a terrorist with the aid of some very powerful people, just like Anders Brevik, the “Norwegian” mass killer.

We are already faced with conflicting stories, disappearing videos but the lies have only begun.  Intelligence sources, angry at another patsy sent out to butcher the innocent, are flowing their own data into VT.

The information below came in today in Hebrew and Arabic (similar) and awaits confirmation.

The planning group included 4 women who are currently in New Zealand as part of a tour group.  No, we can’t say where they come from because we don’t know and aren’t going to make something up.

There are multiple confirmations of advance notification and involvement by members of the New Zealand police authority who belong to Freemasonry.  This is identical to the Norway shooting under Anders Brevik, which was also a Freemason “sponsored” event.  As you remember, Brevik was allowed to buy fertilizer, own an assault rifle, attend training with neo-Nazi and pro-Zionist (now one in the same) organizations in Europe, which our “caught” shooter, Brenton Tarrant has done also.

Tarrant was assured a “free ride” after the killings, as with Brevik, who lives in a private apartment and gets regular outings.  New Zealand had abolished the death penalty in 2007, Australia in 2005.

“The young Brenton Tarrant had just celebrated his birthday.

He would go on to enjoy a normal upbringing in the rural town of Grafton, New South Wales, alongside his parents and sister.

Little, if anything, pointed towards the horror that he would go on to unleash.

Indeed, he describes himself as an “ordinary, white man”, born into a working class, low income family of Scottish, Irish and English descent. 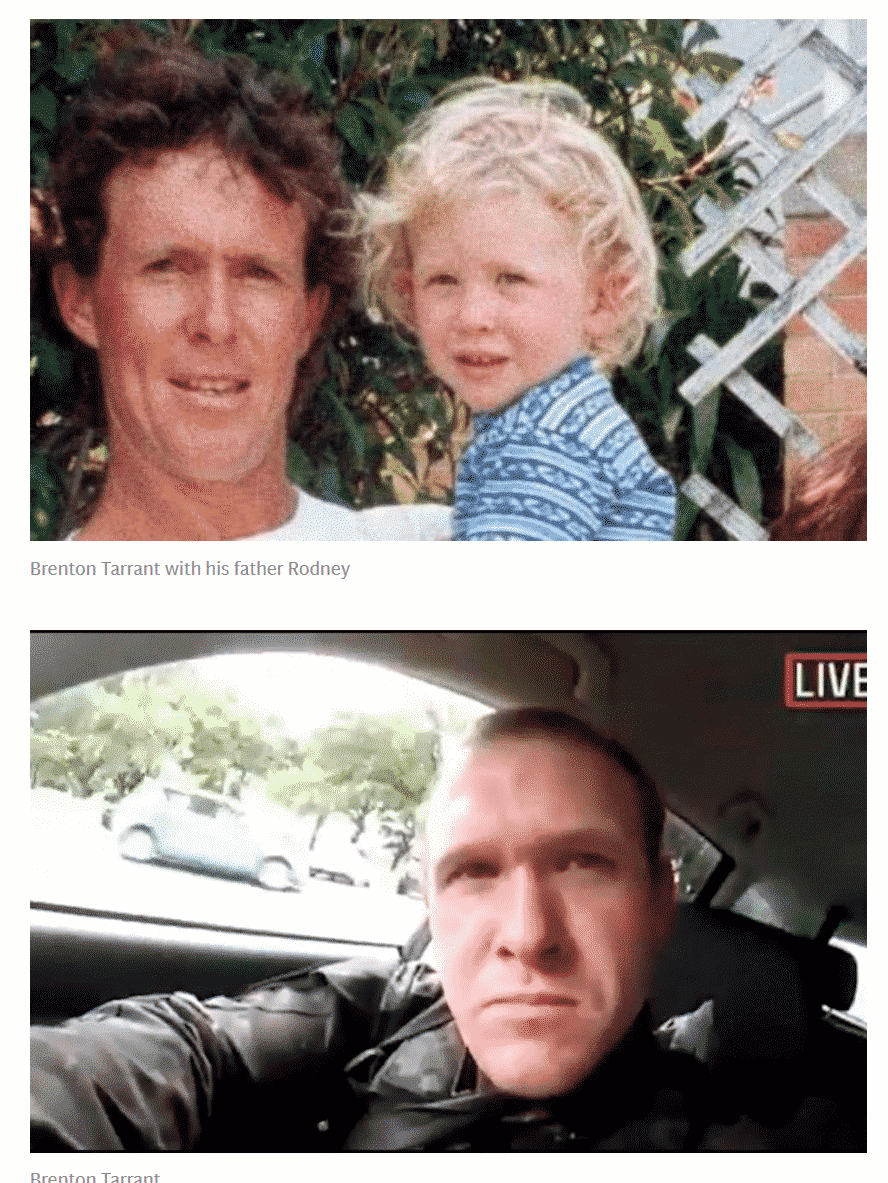 By all accounts, his life was unremarkable, leaving school to become a fitness instructor at a local gym. He had “no interest” in education or anything that university had to offer.

But in 2010, his father Rodney, an athlete, died of an asbestos-related cancer and shortly afterwards, having acquired some inheritance, Tarrant left the family home to travel the world.

During the years that he was away, his mother, an English teacher, wrote online about how much she missed her “incredible son” although she said she “understood his wanderlust”. She wrote fondly of her “Brento” and appeared blissfully unaware of how his world had turned.

Tarrant’s travels took him through much of Europe, North Korea, India and Japan. Last year, he described Pakistan as “an incredible place filled with the most earnest, kind hearted and hospitable people in the world”.

“The beauty of Hunza and Nagar valley in autumn cannot be beat,” he wrote online, according to the Sydney Morning Herald.

The 28-year-old, fake, 42-year-old boy of two British parents of Jewish origin who fled his family from the occupied territories after the 1948 war to Britain and then to New Zealand and stayed for 11 years and then settled for residency in Australia and obtained Australian citizenship in 1970.

Brenton went to the occupied territories in 2017 and 2018 with visits lasting six months. He is a member of the Masonic Forum in Canberra, capital of Australia, listed as something very much other than a social organization.

Before the attack, 12 bombs were planted in the same area surrounding the mosque and connected to the explosion via mobile phone, which was dismantled by the authorities after all the houses were taken out of the population.

An automatic weapon will release the entire contents of the safe in one push without pressing the trigger for each shot of Israeli weapons. The bullets and shots were made in Israel.

The shooting took 17 minutes and 4 seconds long enough for the police to quickly find that the police station was only 2 kilometers away from the mosque, which marks question marks about the New Zealand authorities. New Zealand is a country that fights Islam and most of its officials are Masonic.

The event is filmed to offer a sacrifice to the devil and this ritual of Freemasonry such as photographing the Razila at the foot of the pyramid and the killing of children and the Ethiopian plane etc etc.