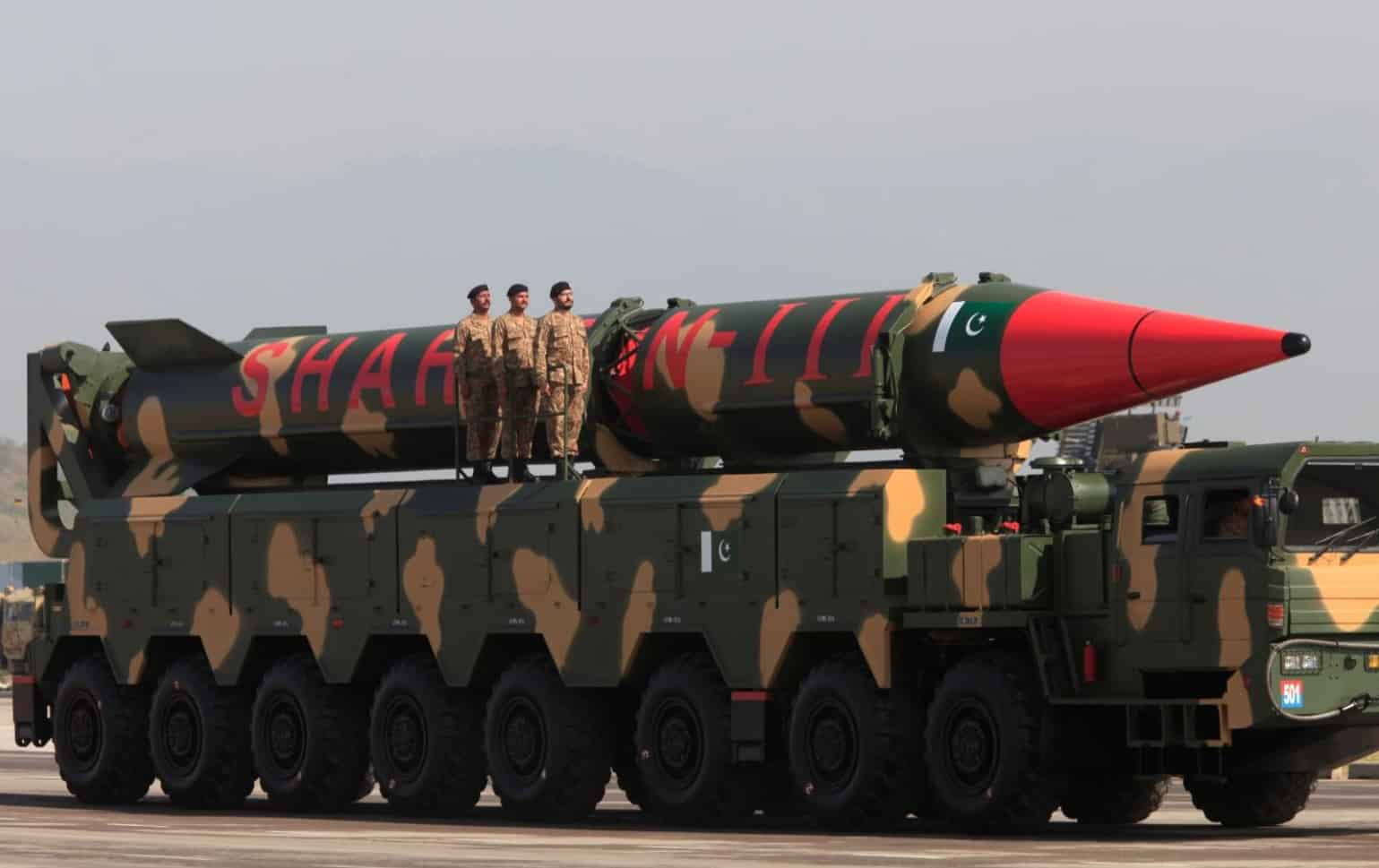 According to Karl Von Clausewitz, “Wars have been fought between states of very unequal strength, for actual war is often far removed from the pure concept postulated by theory. Inability to carry on the struggle can in practice be replaced by two other grounds for making peace; first, the improbability of victory and second, its unacceptable cost”. In Nuclear age this gave rise to the concept of ‘Total Peace’. Bernard Brodie, the father of nuclear deterrence theorized that because a nuclear conflict caused total destruction, the unacceptable cost of conflict would avert war. Nuclear states further rationalised the concept by avoiding any form of direct armed conflict during the Cold War. The conflicts moved to peripheries in form of neo colonialism, proxies and non-state actors. Geographically, Soviet Union and USA were separated oceans and buffer states. What if rival states share a common boundary and a live Line of Control?

Having brought the world to the brink of a nuclear catastrophe, the latest escalation between India and Pakistan has temporarily subsided. The way it started and ended is a direct reflection of the Indian doctrinal muddle. It is a creation of Sangh Parivar of BJP, Prime Minister Modi, national security advisor Ajit Doval, handpicked military high command and the media. These are the nuclear Bonapartists or what Ken Booth called Neo Clauswitzians.

The fact that the so called biggest democracy of the world ceded so tamely to idiosyncrasies of a coterie is not a good omen. Even more, the dignity of generalship and soldiering, found lacking in these crises warrants a review. The art of war demands a high level of competencies and not weak military commanders who succumb to unrealistic political directives.

According to Anish Kapoor of Guardian, “the Hindu god Vishnu has several incarnations, many of them human. The latest appears to be Narendra Modi. All over India there are images of the man, right arm raised in the benevolent gesture of good fortune. But this man image hides the frightening and shrill reality of an increasingly hardline Hindu dominance of India.” As predicted, the rightist forces in India have coalesced. BJP has already moved beyond Hindutva o a more exclusive and communal policy. This quest acquired mythical dimensions powered by Ram Madhav’s Akhand Bharat and beyond. These two scouts of RSS are chartering a dangerous course for India. The symphony is complemented by a dance on a nuclear flashpoint; a very dangerous development.

Pre and during elections, this is a pause in which the war objectives will continue to be pursued by other means. Pakistan and the people of India must be prepared for what comes next.

The Line of Control will provide the geography to vent anger and poof off ammunition. The hardest hit will be the Muslims of Kashmir followed by religious minorities and secularists. Right wing Hindu organisations will patrol and discipline society with more vigour. Modi or BJP could creep back into power choosing a soft face or ambitiously go for the final kill. With Indian political parties too divided and weak to confront this onslaught, it could ironically be Pakistan coming to India’s rescue from the nonsense of perpetual conflict and widening fault lines within India.

According to Subhash Gatade, this reflects many faces of Hindu Right; a moderate Vajpayee versus a hardliner Advani and now a soft Advani against a hardliner Modi. He likened the Sang Parivar of BJP to the symphony of Hindu Rashtra played by different instruments of soft tunes and war drums. His fears are not ill founded.

Interesting times lie ahead particularly if the roadmap leads to elected fascism.

There is also a global shadow. Like the proven thesis that Afghanistan is a plank of a destabilising policy, Indo-Pakistan tensions provide greater leverage to global powers to exert influence in the region. Within these dynamics, India walks on many legs and has multiple hands to make the best of all worlds. Engagements with Russia, China and Iran contrast with geopolitics of the Axis (USA, Israel, UK, France and Arab States); like a bridge with opposing abetments weakest at the span where Pakistan lies.

This global shadow also elongates into Pakistan from multiple directions and diverse forms of hybrid. India craftily plugs and places itself in these seams. The tensions and hostilities will test Pakistan to its last nerves. The world has elected to sit in the waiting room rather than address an emerging fascist India. The price they may have to pay is repeatedly etched in history.

This disconnect between India’s wish list and warpath was pointed out (Nation: Modi’s Doctrinal Muddle September 24, 2016) by India’s National Security Secretariat that stated in the Journal of Defence Studies that, “If the nuclear shadow demanded war avoidance as a political outcome, the operational sphere attempted to keep alive the notion of victory despite the risk of mutual annihilation…Indian operational doctrines are not nested in a realistic political context.” This notion of victory either real or elusive is created by fictions of Indian minds and media.

This political context is a wish list based on the glory of the Hindu state of antiquity, the Saffron Ideology of Hindu right and vulnerabilities embedded deeply in threat perceptions. It became a declared policy statement on 15 August 2016 when Prime Minister Narendra Modi stood arrogantly at the symbolic Muslim Red Fort threatening Pakistan. He announced support for the supposed oppressed people of Balochistan, Gilgit-Baltistan and Azad Jammu and Kashmir. The killer of Gujarat also indicated a tough time for Muslims of India. Hyped by its 24/7 media, India declared an overt and covert war; a very long haul for Pakistan and India.

Firdaus Ahmed, a noted Indian analyst and nuclear strategist made some very sensible observations on India’s military doctrine outlined by Modi in a nuclear environment. He concluded that it was dangerous for India’s own safety.

He reasoned that the notion of a swift war between asymmetrical forces compels the nuclear genie out of the bottle. The human cost of such a ‘trigger happy’ adventure would be total disaster.

Firdaus noted that total defeat and surrender warrants more than a limited conflict. In other words, was India concurrently wading into a ‘nuclear-contaminated irregular war within Pakistan’ setting the stage for a long drawn battle’?  As events prove, the analyst was right. India besides engaging RAW for covert activities inside Pakistan also forged international support on terrorism. No one is ready to talk of Kashmir, the longest and bloodiest freedom struggle of current times.

He went on to write that. “Retaliation will be in accord with India’s nuclear doctrine; ‘massive irrespective of the type of nuclear first use by Pakistan’. Such an exercise of ‘political will’ by India’s Political Council of its Nuclear Command Authority would certainly be genocidal for the world. He argued that Pakistan with a lead in terms of warhead numbers would not accept such an impulsive strategy with timidity.

After the Pulwama incident, India could not resist its impulsive temptation to punish Pakistan. What happened is now history. Suffice to say that Firdaus’ analysis was vindicated and India stood humiliated militarily. It also fell many rungs below the escalation ladder. Red lines were quickly drawn over patriotism and within India it soon became US versus THEM. The patrolling of society by saffron and media vigilantes of critics is humiliating. Modi did have an exit strategy by creating an illusion of victory through the Indian media and canvass for another win.

Indian election results will have far reaching effects. Will the people exercising te right of democracy elect someone like Adolph Hitler or would they reset the course to Ghandian philosophy and Nehruvian principals?