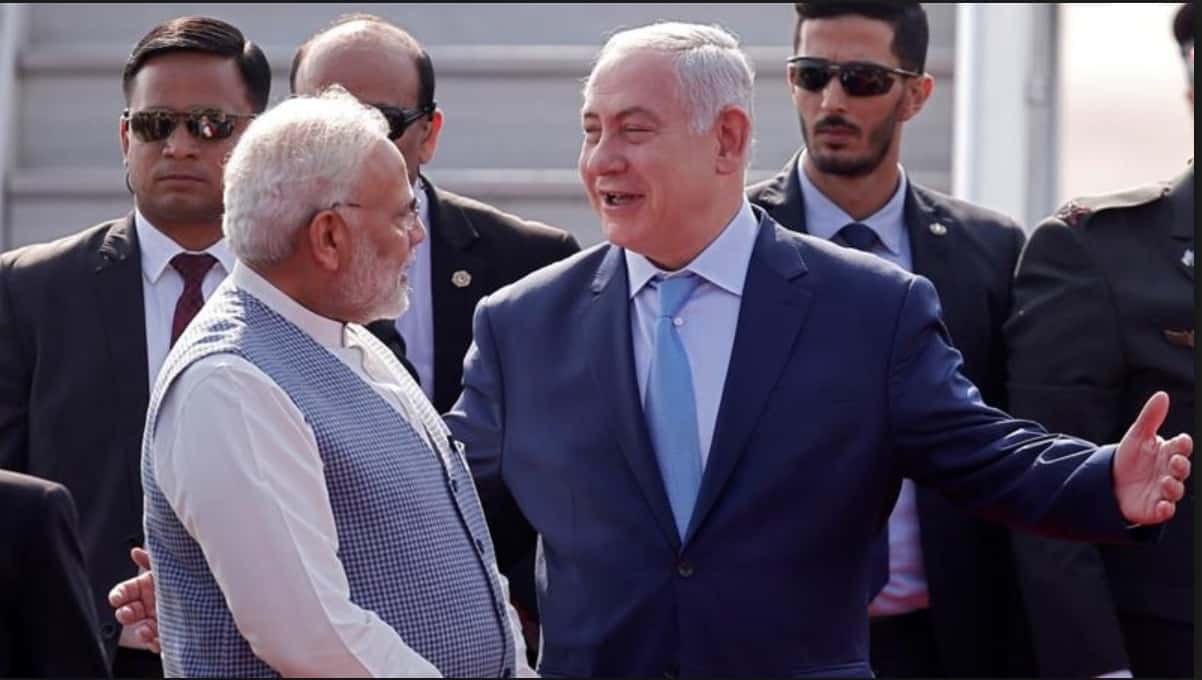 Share
Twitter
Pinterest
WhatsApp
Linkedin
ReddIt
Email
Print
Tumblr
Digg
…by Feroze Mithiborwala
Introduction by Gordon Duff
_
We are finding the fingerprints of Israel’s election in the ramping up of events in Syria and the collusion between Indian Prime Minister Modi, facing a strong coalition, and Netanyahu’s indictment for corruption as driving what are only the first of major false flag attacks to secure their positions “at the trough.”
They are risking nuclear war. Both leaders are corrupt; Modi for cash he is accused of taking from the French on a failed fighter deal, and for Netanyahu, cash he is accused of taking from the Germans over Dolphin submarine deals, subs he has used in terror attacks including, we are told, the 9/11 Pentagon missile attack.

● Netanyahu: Those who criticise us are Anti-Semites, Self-Hating Jews. These traitors weaken Israel ànd play into the hands of our enemies.

■ Modi: Those that criticise us are Anti-National, Anti-Hindu. These traitors weaken India and play into the hands of our enemies.

● Netanyahu: Israel is under threat from Terror. I will destroy the terrorists in Gaza, bomb them with Missiles and our Jet Fighters, and also attack Lebanon, Syria and Iran if required to defend Israel. We also need to guard against the growing Arab-Israeli population.

Israel is a Jewish nation, the others do not have equal rights.

Only I can ensure the safety of Israel. Vote for Me!

■ Modi: India is under threat from terrorism.

I have ordered Surgical Strikes, to show the World the strength of New India. I will teach Pakistan a lesson, show a red-eye to China.

I am a Hindu Nationalist. Only I can ensure the security of India. Vote for Me.

● Netanyahu bombs Gaza in the shadow of the Christchurch Mosque Terror Tragedy.

He unleashes more than a 100 Missiles under the false pretext of 2 Misslies fired from Gaza into Tel Aviv ‘by mistake’, with no reported Israeli casualities. He further threatens an all out invasion of Gaza, as the April Elections draw closer.

■ Modi: A rather fortutiously timed terror attack occurs in Pulwama, leading to the deaths of 44 paramilitary forces, after which Modi’s falling political graph gains a new lease of life. He then stages a Surgical Strike in Balakote in Pakistan, all for mere political theatre. No damage done, as both Modi-Imran play to their domestic audiences.

For a few crucial weeks, Modi’s domestic audience forgets about all his failures and false promises, as the soldout corporate media builds an atmosphere which is all about Hyper-Nationalist fervour and chest thumping, revenge and calls for an all out war with Pakistan.

●Note both Netanyahu and Modi represent extreme rightwing fascist religious political forces. Both are facing Corruption charges, falling support and thus are resorting to the basest instincts, communal propaganda, fear and warmongering to make a desperate attempt to remain in power.

Worse can be expected in terms of false flag provocations, to communal riots in the coming crucial 5 weeks that lay ahead of us.