[ Editor’s Note: Venezuela is holding firm, despite the chaos from the power blackout, whose origins remain unknown for now. It does not look like we will see an independent commission to report on exactly what happened, as such a thing would take a lot of time and the story will have moved on.

Attention will focus on the self-appointed US puppet Juan Guaidó’s actions, calling on foreign intervention to overthrow Maduro – gosh, some might look upon that as treason – which would fully justify his arrest and those supporting military intervention to put them in power.

Maduro seems to be holding back on that, maybe due to being advised that it is exactly what the US would want to crank up tougher measures on squeezing Venezuela. The Trump NeoCon crowd are dangerous now, as they cannot afford another major foreign policy defeat with the pressure of building some needed 2020 election momentum.

Trump already has vetoed the bipartisan passing of his emergency wall move, to fund it by “taking from Peter to pay Paul” out of other allotted funds. Some of the saner Repubs know that if the Democrats win in 2020, it will be payback time on steroids to use that method to fund their own pet projects.

The good news is both Columbia and Brazil have stated that their countries will not be used as a staging ground for a military intervention. You can add to that the US pulling out the embassy staff, so an intervention could not be done to “save them”.

Where we go from here is up in the air. The US focus seems to be asset-stripping Maduro to put control of more financial power in Juan Guaidó’s hands. While it may not be legal, it will freeze Maduro’s access, and he will use that to blame the US for all the economic suffering, when the US is trying to lay it all at Maduro’s feet.

But the US has shown a pattern of this. The Iranian sanctions are focused on hurting the people to motivate them to support a regime change, which is a wish and a prayer. The Iranian people know the US does not give hoot about neither them, nor the Syrian people, and so do the rest of us. It’s going to be very long year… Jim W. Dean ] 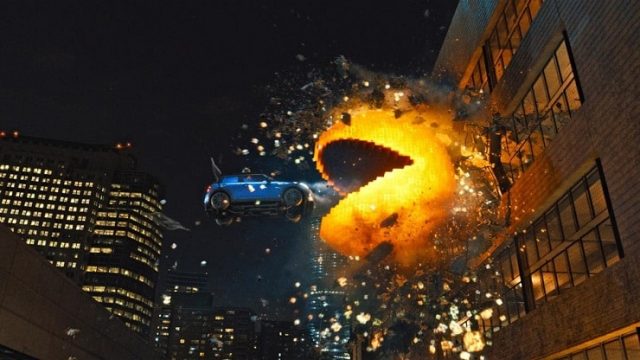 The lights are coming back on in Venezuela, businesses are starting to reopen and the country seems to have suffered through the worst of the power outages, at least this stage of it anyway. We will now have some time to take a closer look at what happened, and why.

All eyes are no longer on the Mideast, Ukraine, North Korea, Russia or China. In a world where chaos theory reigns, the public cannot be allowed to focus too much attention on one problem, as it might be able to figure out a way to solve it or who the real guilty parties are.

New problems have to be created to keep people off balance and not have any proven remedies in their coping tool kit to protect themselves from whoever is putting the screws to them to force their compliance on any demands they have been resisting.

My case in point is that Venezuela, what is being inflicted there now by its persecutors via the mounting sanctions regime, is entering the “crime against humanity” category, the kind where powerful nation states with diplomatic immunity hold themselves out as untouchable.

I was puzzled a week ago when US statements were fed out to the news, after the EU took the position that there should be no military solution to the Venezuelan political crisis, but that it should be solved via negotiations.

The US followed up quickly that it was not considering military action, meaning open, overt military action. The lame press that we have did not jump on the changing story to demand answers as to what would replace the military action plan.

I smelled a rat, because I knew Bolton and his NeoCon gangster buddies had not been transformed into peace negotiators overnight. It’s just not in their DNA. But I did not have to wait long, and I must admit I did not anticipate what has happened.

The timing of the collapse of Venezuela’s main electric power distribution network was suspicious, coming as it did after the opposition self-appointed president Juan Guaidó had completed the tour of his anti-Maduro regional partners. Many interpreted Guaidó travels as an effort to closely coordinate a new plan to take the Maduro government down via outside intervention.

Although the sanctions have weakened the Maduro government and inflicted great suffering on all Venezuelans, they have not turned the majority against Maduro yet. Politically there is a stalemate between the descendants of the Spanish Conquistadors, and the progeny of the Native American Indian population. The Indians know the Spaniards want to wreck their revolution and blame them for the economic suffering.

Maduro blamed the electrical failure on cyberwarfare and sabotage from the US anti-Maduro coalition. Everyone believed this to be a reasonable assumption, as the US has the technical means to do sophisticated infrastructure attacks.

Years ago, the US even dared to cause a nuclear disaster in Iran by hacking the computers controlling its centrifuges, having them speed up uncontrollably and self-destruct. In that attack, both the US and Israel were deemed to be co-conspirators by Iran and everyone else on the US regime change list.

We don’t know yet whether we will ever know what caused the electric grid breakdown. Each side will want to blame the other and will ignore any evidence pointing to themselves. But outside analysis is already coming in that, as with the rest of Venezuela’s infrastructure, it all suffers from poor maintenance and imported parts difficulties, which has resulted in delayed maintenance and none at all in some cases.

Engineers who had left Venezuela, although certainly not impartial witnesses, have told us a cyber attack was not the cause because the control system was not hooked up to the internet. They said the main hydroelectric plant still had its 1990s equipment. They viewed the trunk-like failure as something that was just waiting to happen.

As for the substation blowing up on the following day, the engineers stated that it was expected due to their being overloaded from the main line going down. But from my Chemical Engineering days at NC State, I would have expected the substation to blow fairly soon after the main line went down.

The big oil facility fires are suspicious, as they were just holding tanks. And the pumping stations at the oil loading facilities were also down while the power was out. Hopefully an international, unbiased assessment can be done to inform all what really happened so a bad situation is not made worse by blame being put on the wrong party, despite how deserving they may be.

What I mean by that is even if the electrical failure was not the result of direct outside sabotage, we know the whole purpose of the US sanctions was to create the conditions to make the Venezuelan people suffer to a degree where they would be forced into accepting a change in their government via outside interference, which is an issue still plaguing the Trump administration in its Russian context, which no proof of which has yet been presented.

If the power failure was an outside attack, it punished both Maduro and Guaidó supporters. Businesses were looted and could go bankrupt from their losses. Twenty six are reported dead, including six babies, attributed directly to the power failure. But we know the wealthy has private hospitals with generators to keep their hospitals running.

While this was going on, Mr. Pompeo was openly stating the US goal of shutting of Venezuela’s oil exports to ratchet up the suffering until the people can’t withstand it anymore. The US claims it wants to free Venezuelans, but so far the majority does not buy that at all.

The good news is that both Colombia and Brazil have made open statements that they do not want to get involved in a “military solution” for Venezuela. Such things, once they get started, can spread and have unintended consequences, as we have seen in places like Iraq, Libya and Syria, with the usual cast of suspects behind all the destruction and suffering.

Where the US position falls flat is its ignoring Maduro’s calls of being willing to sit down to negotiate with the opposition with no preconditions. I can’t see how the US would ignore or try to obstruct this and then claim to have the best interest of all Venezuelans in mind.

Who knows, maybe while Juan Guaidó was powwowing with the US State Department, he had to pledge not to engage in talks in exchange for US support in continuing to turn the screws on Maduro. Of course, these screws are going into all Venezuelans.

Unfortunately we see little opposition in Congress to the current US aggressive policy, overwhelmed with its own political and economic infighting between the Democrats and Trump. Hostility whipped up by the NeoCons against both Russia and China has created a mindset that, “we can get three for one by taking Maduro down, as Venezuela will have to default on the multi-billion dollar loans from its two main supporters”.

They will be left holding the bag if the US collation wins and asset strips the Venezuelan oil resources for its own purposes, all part of the unipolar shadow that is advancing upon all not currently in its grasp.

The country with the $22 trillion debt and climbing is in full PacMan mode, gobbling up control over country resources to asset strip them wherever it can to keep its leaky ship afloat.