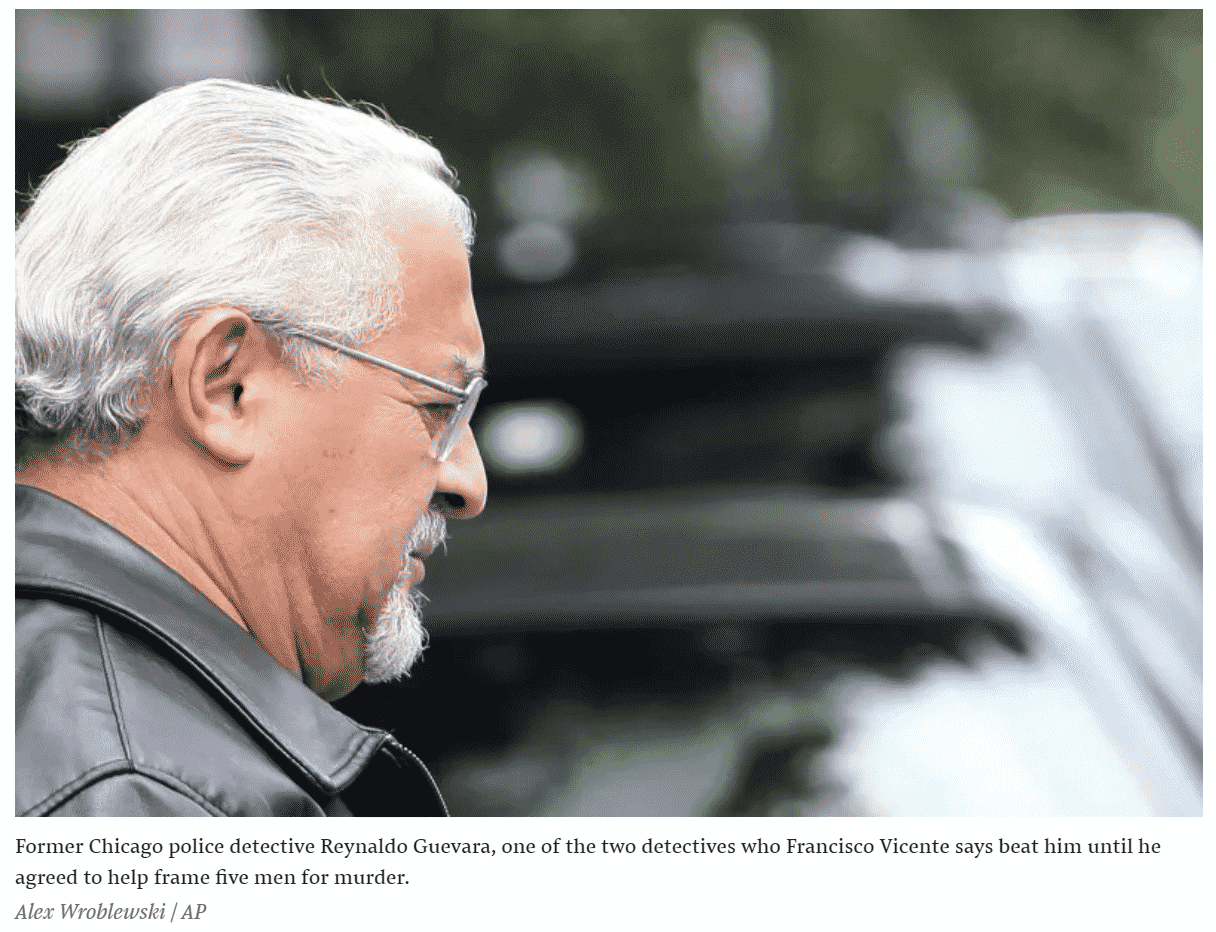 Francisco Vicente knows how unbelievable his story sounds: that Chicago Police beat him until he agreed to help them frame five men for murder. And that prosecutors put him on the stand to tell his lies — then rewarded him with access to good meals, new clothes, and conjugal visits.

Vicente, wiry with close-cropped hair, said the statements he made 25 years ago were lies but that now — for real — he’s telling the truth.

“I didn’t know nothing about these fucking crimes,” Vicente said, publicly speaking out for the first time and recanting those statements in an exclusive interview with BuzzFeed News. He has since given much of the same story under oath in a deposition to lawyers representing some of the men he helped convict.

Judges and juries bought his lies, sending five innocent men to prison for decades for murders they didn’t commit, shattering families, betraying crime victims, and leaving the real killers on the street.

The detectives who Vicente said beat him are Reynaldo Guevara and his longtime partner Ernest Halvorsen, both retired. A BuzzFeed News investigation revealed in 2017 that more than 50 people have accused Guevara of framing them; many say he beat them into confessing. At least 19, including those against whom Vicente testified, have now been exonerated. As other cases make their way through the appeals process and civil federal lawsuits pile up, the city of Chicago is struggling to contain the growing scandal.