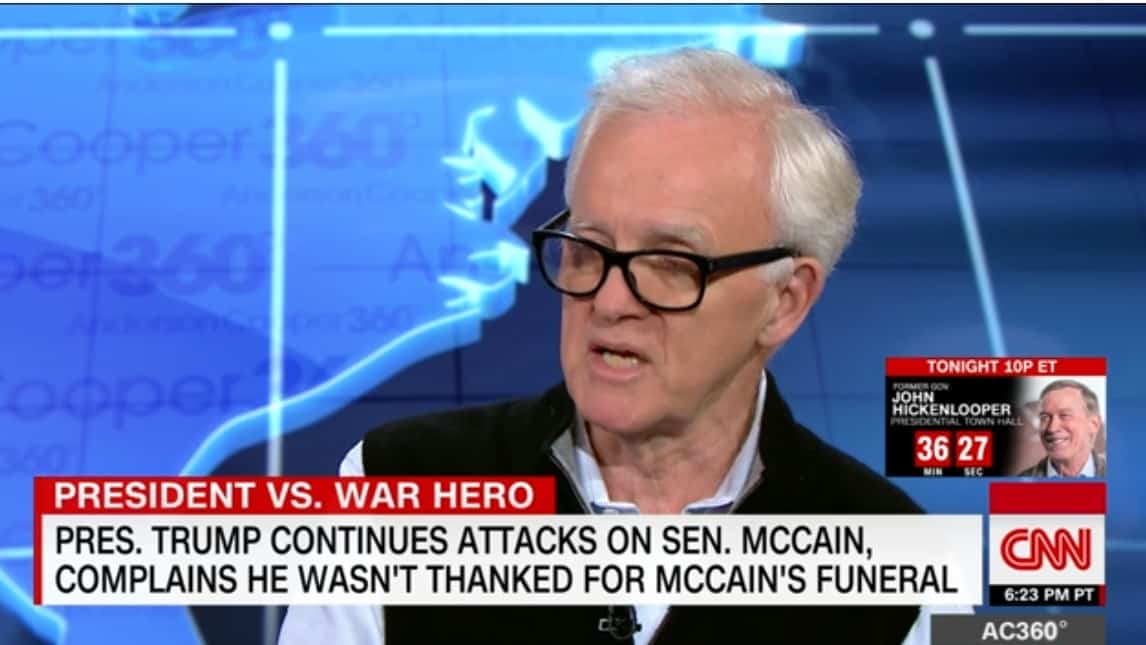 Trump considered unprotected sex with prostitutes his “personal Vietnam” on an interview with Howard Stern. (below)  No wonder this man loves war.

Vietnam veteran and former Sen. Bob Kerrey (D-NE) says President Donald Trump should show the American public proof of his bone spurs, which Trump has said kept him out of the military draft during the Vietnam War.

Kerrey served in the United States Navy as a SEAL officer during the Vietnam War. He completed Officer Candidate School in Newport, R.I in 1967. He then received assignment to Naval Amphibious Base Coronado and subsequently completed Basic Underwater Demolition/Sea, Air, Land (BUD/S) training with class 42 in 1968. He volunteered for and received assignment to SEAL Team ONE, a separate organization from the Underwater Demolition Teams that personnel were normally assigned. After pre-deployment training, Kerrey deployed to the Republic of Vietnam as assistant platoon commander with Delta Platoon, SEAL Team ONE in January 1969. He was seriously wounded and lost the lower part of his right leg in combat on Hon Tre island near Nha Trang Bay on March 14, 1969. While suffering shrapnel wounds and blood loss, Kerrey organized his squad in a counterattack that killed or captured enemy Viet Cong. He was later medically discharged from the US Navy for his combat wounds. On May 14, 1970, President Richard Nixon awarded Kerrey the Medal of Honor at the White House for his heroic actions in 1969.

His Medal of Honor citation reads:[10]

The U.S. Navy’s variant of the Medal of Honor.

For conspicuous gallantry and intrepidity at the risk of his life above and beyond the call of duty on 14 March 1969 while serving as a SEAL Team Leader during action against enemy aggressor (Viet Cong) forces in the Republic of Vietnam. Acting in response to reliable intelligence, Lieutenant (jg) Kerrey led his SEAL Team on a mission to capture important members of the enemy’s area political cadre known to be located on an island in the bay of Nha Trang. In order to surprise the enemy, he and his team scaled a 350-foot sheer cliff to place themselves above the ledge on which the enemy was located. Splitting his team in two elements and coordinating both, Lieutenant (jg) Kerrey led his men in the treacherous downward descent to the enemy’s camp. Just as they neared the end of their descent, intense enemy fire was directed at them, and Lieutenant (jg) Kerrey received massive injuries from a grenade which exploded at his feet and threw him backward onto the jagged rocks. Although bleeding profusely and suffering great pain, he displayed outstanding courage and presence of mind in immediately directing his element’s fire into the heart of the enemy camp. Utilizing his radioman, Lieutenant (jg) Kerrey called in the second element’s fire support which caught the confused Viet Cong in a devastating cross fire. After successfully suppressing the enemy’s fire, and although immobilized by his multiple wounds, he continued to maintain calm, superlative control as he ordered his team to secure and defend an extraction site. Lieutenant (jg) Kerrey resolutely directed his men, despite his near-unconscious state, until he was eventually evacuated by helicopter. The havoc brought to the enemy by this very successful mission cannot be overestimated. The enemy who were captured provided critical intelligence to the allied effort. Lieutenant (jg) Kerrey’s courageous and inspiring leadership, valiant fighting spirit, and tenacious devotion to duty in the face of almost overwhelming opposition, sustain and enhance the finest traditions of the United States Naval Service.