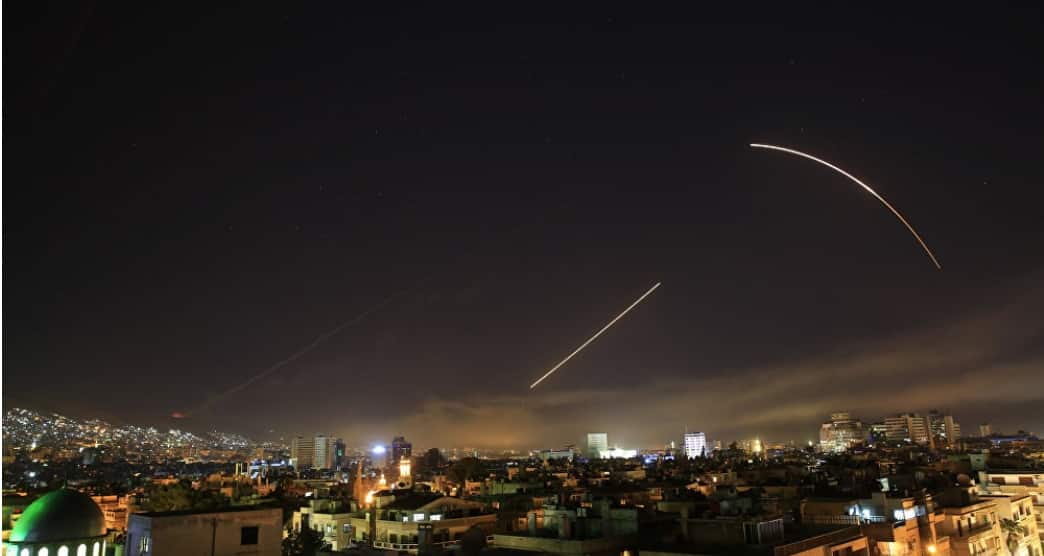 Sputnik/Moscow: French Armed Forces Minister Florence Parly has defended President Emmanuel Macron’s idea that building a “true, European army” should “never be seen as a move against the United States”.

Speaking at the Atlantic Council on Monday, Florence Parly, the French armed forces minister, has reaffirmed the country’s support for its transatlantic ally – the United States – and added that Paris would strike Syria again if deemed necessary.

“[…] I have a broader message, a simple message: You can count on us. We will be there not only for today’s wars but also for those of tomorrow. […] When [Syrian President Bashar] Assad used chemical weapons France and the UK were there with the US to deliver precision strikes on the chemical facilities. We will do it again, if necessary”, Parly said.

On 14 April 2018, the United States, France and the UK fired over 100 missiles on several targets in Syria, justifying the strike as a retaliatory measure for the alleged use of chemical weapons by the country’s government against civilians in Douma that supposedly took place on 7 April.

The Syrian authorities have denied the accusations, insisting that the attack was staged by militant groups to justify potential foreign intervention in Syria.

The minister stepped in to defend French President Emmanuel Macron’s proposal to form a European army – a concept that sparked indignation from his US counterpart, Donald Trump.

“Autonomy should be a variation on friendship and European autonomy should not become a cause for the US to be less engaged. Quite the contrary: the US and Europe have more in common than anyone else. […] We fight the same wars”.

She added that the idea should “never be seen as a move against the United States” and is not meant to reverse the terms of NATO, but to ease Washington’s burden.

“We need to step up to help without waiting for the US to always foot the bill”.

In November 2018, President Trump scolded Macron for his idea to build an EU army to protect the continent “with respect to China, Russia, and even the United States”, and insisted that European states should first pay their fair share for NATO. Trump also said that Macron’s proposal was “insulting” to Washington:

Macron brought up the idea in an interview with Europe 1 radio, in which he addressed Trump’s decision to withdraw from the 1987 Intermediate-Range Nuclear Forces (INF) Treaty over Russia’s alleged violations of the agreement:

“We will not protect the Europeans unless we decide to have a true European army”, the French president said at the time, adding that the “main victim” of the US pull-out would be Europe and its security.

Trump has consistently lambasted NATO member-states for inability to meet their annual defence spending obligations in the alliance. During the NATO summit in Brussels last July, POTUS demanded that they raise the expenditures to 4 percent of GDP – instead of the existing target of 2 percent.