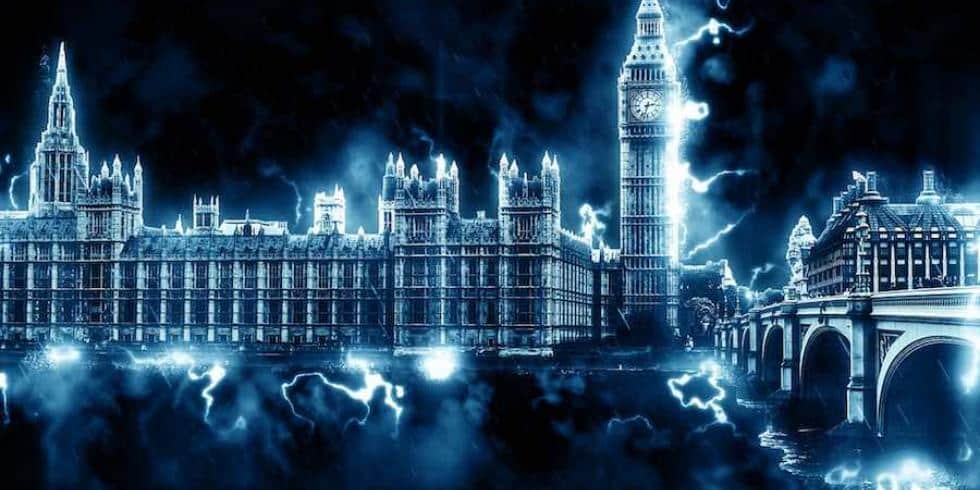 ________
UK Column
Brexit: Is Britain’s Democracy All But Dead?
by Martin Edwards

The Government’s Withdrawal Agreement, which is disliked equally by those on both sides of the Brexit argument, has twice been soundly rejected in Parliament by record margins.

Prior to this recent series of votes Parliament had already passed the European Union (Withdrawal) Act 2018. As we examine the text of that Act, the sincerity of the Government’s promise to honour the referendum result rapidly evaporates.

Section 1 of that Act provides that “The European Communities Act 1972 is repealed on exit day.”

This means that all domestic legislation (UK Statutory Instruments) made under section 2(2) the European Communities Act 1972, continue in force.

Additionally, Section 3 (1) provides that “Direct EU legislation“, so far as operative immediately before exit day, forms part of domestic law on and after exit day.”

The key issue, wholly ignored by the mainstream media, is that until June 2016 the British electorate were never asked in a referendum whether they wished to join the European Union. The 1975 referendum was about joining the ‘Common Market’, although Edward Heath’s Tory government had already signed up to the fledgling European Union in 1973.

Heath’s key claim at the time was that joining the Common Market would lead to no loss of British Sovereignty.

Lessons from the Past

FCO 30/1048 – ‘Sovereignty and the European Communities’, written in 1971, was a Foreign and Commonwealth Office issued briefing paper analysing “the problem” of sovereignty from a political standpoint, and “venturing some recommendations”.

The paper suggests that the European Communities, as the embryonic EU was then known, “should present little challenge to national sovereignty”. However, the report authors knew at that time that the then existing ‘Common Market’ was intended to morph into something altogether different. They continued

“……but it will be in the British interest after accession to encourage the development of the Community toward an effectively harmonised economic, fiscal and monetary system and a fairly closely coordinated and consistent foreign and defence policy. This sort of grouping would bring major politico/economic advantages but would take many years to develop and to win political acceptance. If it came to do so then essential aspects of sovereignty both internal and external would indeed increasingly be transferred to the Community itself.“

Note that “essential … sovereignty … would … .increasingly … be transferred to the community.” Also note a “fairly closely coordinated” foreign and defence policy.

“… over a wide range of subjects”, they continue, “(trade, aid, monetary affairs and most technological questions) Community policies toward the outside world would be common or closely harmonised. Although diplomatic representation would remain country by country its national role would be much diminished since the instructions to representatives would have been coordinated among member states … By the end of the century with effective defence and political harmonisation the erosion of the international role of the member states could be almost complete. This is a far distant prospect; but as members of the Community our major interests may lie in its progressive development since it is only when the Western Europe of which we shall be a part can realise its full potential as a political as well as economic unit that we shall derive full benefits from membership. “

Although it may have presented a distant prospect in 1971, it is now fully recognised that in the thirty months since the British electorate voted to leave the EU there has been an accelerating drive towards EU Defence Union.

But what would be the role of successive UK Governments and the political parties be during the forty year incremental process?

“After entry,” the paper continues, “there would be a major responsibility on HMG and on all political parties not to exacerbate public concern by attributing unpopular measures or unfavourable economic developments to the remote and unmanageable workings of the Community.“

The paper recommends that to alleviate such public concern, strengthening “local and regional democratic processes within the member states and effective Community regional economic and social policies will be essential.“

As a gentle reminder of the undemocratic steps that successive governments, from all parts of the political spectrum, have taken to introduce ‘local and regional democratic processes’, let me give you just three examples:

devolved regional assemblies in Scotland, Wales and Northern Ireland in the late 1990s.
devolved, unelected, regional assemblies which were imposed by stealth after the first was comprehensively rejected by public referendum in the North East in 2004.
directly elected Police & Crime Commissioners, and,
following the Localism Act 2011 and the Cities and Local Government Devolution Act 2016, the introduction of directly elected Metro-mayors and combined regional local authorities. We have already reported how these Metro Mayors have appointed themselves to the Global Parliament of Mayors in a further undermining of the democratic process.

The FCO report authors admitted that “the impact of entry upon sovereignty is closely related to the blurring of distinctions between domestic political and foreign affairs, to the relatively greater political responsibility of the bureaucracy of the [European] community and the lack of effective democratic control.”

“To play an effective part in the Community,” they wrote, British Members of the Commission and their staffs and British officials as negotiators will necessarily assume more political roles than is traditional in the UK.”

Of course, all these issues were deliberately kept away from the British public at the relevant time.

But what future role did these civil servants imagine for themselves?

“The task will not be to arrest this process, since to do so would be to put considerations of formal sovereignty before effective influence and power, but to adapt institutions and policies both in the UK and in Brussels to meet and reduce the real and substantial public anxieties over national identity and alienation from government, fear of change and loss of control over their fate which are aroused by talk of loss of sovereignty.”

During the 30 month Brexit process we have witnessed the spectacle of fracturing political parties, weak political leadership and a ruthlessly directed ongoing propaganda campaign against Britain’s withdrawal from the European Union.
Is Britain’s Democracy All But Dead?

If nothing else, our examination and analysis of the 1971 briefing paper evidences, without doubt, how successive British governments of different political parties, together with members of the civil service and regional governments, have colluded with Brussels bureaucrats, to ride roughshod over the British Constitution.

As we hear more of ‘constitutional crisis’ and the collapse of democratic processes and procedures in the name of Brexit, we might keep in mind the purpose of a Constitution is to set the rules by which a nation is governed.

There is no ‘constitutional crisis’. Rather, our politicians have a crisis with the constitution. While its rules have been systematically ignored over a period of decades, they are, rather inconveniently, still there. British democracy is not dead yet. It has just been forgotten.

It’s Nazi Germany if you are asked to wear a mask!