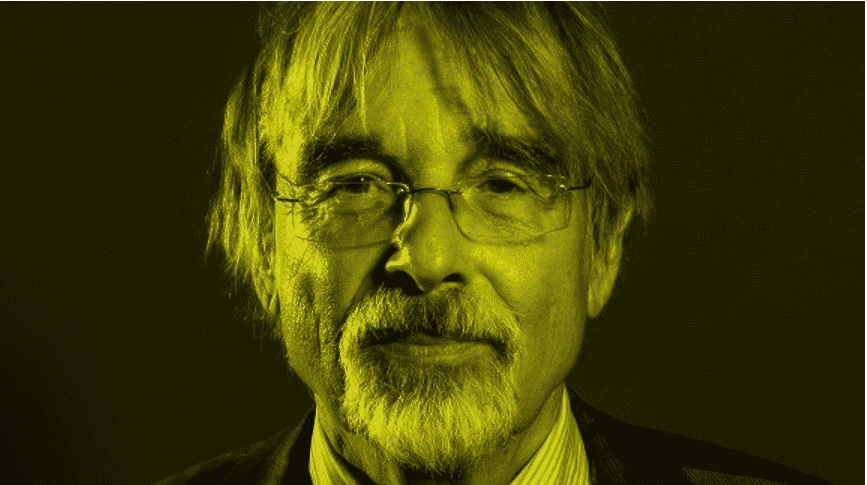 The introduction of the war index, which describes future demographic changes, is one of the great achievements of the emeritus Prof. Dr. Dr. Gunnar Heinsohn. He defines the war index of a country as the ratio of the number of young men aged 15 to 19 to the number of men aged 55 to 59. The old will soon give up their jobs and make themselves free for the young. With a war index < 1, as it prevails in Germany and other developed countries, the next generation will find enough jobs.

In developing countries and Islamic states, the war index can rise to values of up to 9. This means that for every 100 jobs made redundant by retirement or death there will be 900 aspirants who want to get hold of the jobs made redundant. 800 young people will leave empty-handed and increase the army of the unemployed. The war index of the African and Asian countries from which most immigrants come to Germany and the EU varies between 4 and 7.

It is obvious that the war index depends on fertility. Human fertility in terms of war index means the number of male children of a woman reaching the age of 19 years.

Why is the war index called “war index”? Because the surplus young men who cannot find a job want to eat and thus join the army or other terrorist organisations or emigrate to Europe immediately or afterwards. A war cannot be waged without a sufficiently large reserve of men aged around 19. A low war index like that in the EU is a guarantee for peace, since no one is interested in the only son and son holder dying before his parents.

Brenton Tarrant’s assassination in New Zealand is, according to his “Manifesto”, for the enslavement of millions of Europeans by Muslims over centuries. But what does the last half millennium show us? Despite permanent wars, epidemics and emigration, Europe increased from 50 to 500 million people between 1490 and 1915. Through demonisation and deadly punishment of birth control, more and more people are growing down below, which is shameful at the top. Like a never-ending Mongol storm, the Occident subjects itself to nine tenths of the earth, brings slaves to all continents and reaches 27 percent of the world’s population.

The fact that it only reaches one third of the world’s population today is only indirectly due to Muslims. Between 1900 and 2018, they increase by a factor of 12 from 150 million to 1.8 billion people, reaching a massive 23 percent of the world’s population. Just as the demographically overflowing Europeans of the time fear above all other Europeans and between 1914 and 1945 alone eliminate around 70 million of their peers through wars, gulags and genocides, Muslim deaths after 1945 are also mostly victims of fellow Christians due to even more violent birth rates. This applies to 80 to 90 per cent of the approximately twelve million people who were taken away.

The campaigns undertaken since 1948 to exterminate Israel’s Jews are causing maximum excitement. Muslim states are losing a good 65,000 men. It is therefore half a percent or five out of a thousand of the total number of victims. However, the Israelis killed in the process do not earn them much vengeance in the West, but on the contrary so much approval that it is now enough for anti-Semitic wings in the British Labour Party and the US Democrats. The Algerian civil war against moderates (1991-2002), which was waged by orthodox believers, costs three times as many deaths and the Syrian massacre since 2011 even seven times as many.

Murder and manslaughter in the name of Allah will decrease

Tarrant also wants to prove with his mass murder that “no one conquers our countries as long as a white man lives.” But again it has nothing to do with Islam that the war index of the “white” countries is no longer between 3 and 5 as it was between 1500 and 1900 – so that combat losses are easily compensated. Behind 1,000 older people of 55-59 years 3,000 to 5,000 youths of 15-19 years crowd, who have to take up the life struggle. Today, the European index stands between 0.6 and 1. Each fallen person erases a family line because he is the only son or even the only child of his mother. The fact that the assassin Anders Breivik of 2011, in whose company Tarrant stands, does not find any comparable imitators in between proves to be a beneficial consequence of the European shrinking of the population with only 1.5 children per woman’s life.

By 2035, most Islamic states will also fall below a war index of two. Murder and manslaughter in the name of the highest will decrease accordingly. Therefore it remains unlikely that intra-Muslim megatolinations will reach or even exceed the European dimensions of the first half of the 20th century.

Islam cannot help the fact that the world population share of Great Britain and its colonies of settlers (AUS, CDN, NZ) is slipping from 3.4 percent in 1919 (57 million) to 1.7 percent in 2019 (134 million). Nor is it due to any religion that Germany is even more demographically bent. In 2019 it has no more people than the 61 million of 1919, but the average age rises from 28 to 47 years. Instead of 35, only 7 out of a thousand citizens of the world are old Germans. Only with the help of over 20 million migrants can the 80 million threshold be maintained.

Tarrant did not dare to take on Muslim gangs

No model, however bloodthirsty or gloriously historically painted, can change anything about the demographic defencelessness of the West. Because ninety percent of its citizens can only gain positions in the labour market by winning the competition and gain advantages over their competitors by being free of family burdens, birth rates remain low.

Tarrant’s demographic ignorance reminds us of the profound sense of European politicians. Today they have to beg each other for a few hundred soldiers for the Mali or Niger deployment, but tomorrow they send tearful prayers of thanksgiving to the European Union, because only it can prevent them from again attacking each other with armies worth millions. There will never be such troops again – neither for a new European world role nor for White Supremacists à la Breivik or Tarrant.

America as the heartland of this species today has a war index of 1. The hotheaded figures of a Boston Tea Party in 1773, when the women had eight children (war index around 5), are simply not available. It may still be enough for loud agitation and occasionally bloody terror, but never for a civil war à la 1861-1865. The “old white men” over 50 years of age make up just three percent of the world population. It is not their power but their loss that is reflected in the endless tracts about their supposed horror.

After all, Tarrant is far-sighted enough to strike where the police are not triggerhappy and trials end without the death penalty. He is not least concerned with satisfaction for the 1,400 “white” girls who have been abused by mainly Pakistani gangs in Rotherham since 1980. However, he does not execute his “revenge” in a Muslim club at the crime scene. After the first shot, he would have been torn apart if he had gotten in at all.

New Zealand and Australia – as home of the murderer – belong to the nations that have changed with protected borders into shelters of civilization. Those who want to protect them will oppose their “rescue” by killers even more resolutely than politicians who make their countries irreparable by destroying their borders. Although they are responsible for destabilizing their communities, the negligent equation – swelling in the net – of Islamist bloodshed with the genocide of Utøya and Christchurch remains a nefarious undertaking.

Gunnar Heinsohn (*1943) has been teaching war demography at NATO Defense College in Rome since 2010.