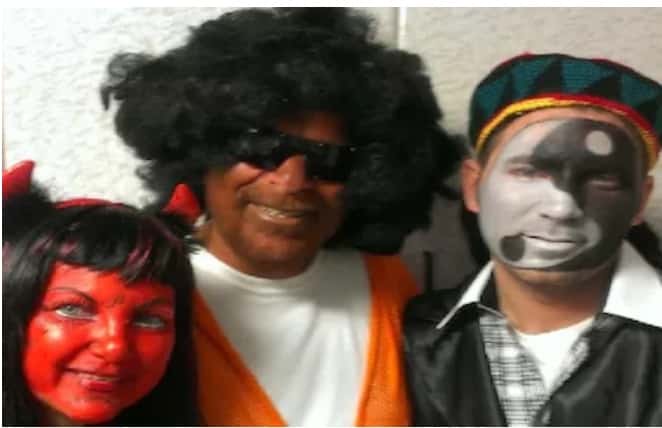 The focus on anti Semitism has become pervasive in the US. The recent backlash to statements by Congresswoman Ilhan Omar have united the left and the right in condemning Jewish stereotypes. But have Jews been held to the same standards when it comes to racism?

According to theForward, it is not uncommon for Orthodox Jews to dress in blackface for Purim. After someone in blackface attended a Purim party in Los Angeles, Aliza Hausman of Chabad-Lubavitch, who identifies as a mixed-race Dominican Jew, said she believes that the general attitude in the Orthodox world is that “dressing up in blackface for Purim is not racist”.

Nonetheless, it is clear that African Americans find blackface offensive. Blackface isn’t just about a costume; it invokes a racist and painful history.

Later, blackface became a staple of vaudeville, with stereotypes that were fully integrated into American culture. Beyond entertainment, caricatures of mammies and pickaninnies – dark-skinned children with densely coiled hair – as well as grinning, bug-eyed black men adorned everything from postcards to cookie jars.

Then, as entertainment evolved, menacing rapists, lazy watermelon eaters, coddling mammies and comic simpletons, all with blackened faces, moved from the stage to the screen. These offensive cultural stereotypes persisted into the 1960s when the civil rights movement was mostly successful in condemning their use.

But, albeit to a lesser degree, blackface has continued and Orthodox Jews are not alone in appearing in the costume.

In 2010 Sarah Silverman tweeted a photo of herself in blackface with the caption “I’m having minstrel cramps.” (tweet now deleted)

This year Ralph Northam, the Democratic governor of Virginia, faced harsh criticism when his medical school yearbook page pictured a man in blackface and a man in a KKK uniform. At the same time, it came out that Attorney-General Mark Herring had also worn blackface in college.

In Florida, Michael Ertel, the Republican secretary of state, resigned after photos from a 2005 Halloween party showed him in blackface mocking survivors of Hurricane Katrina.

David Pilgrim, the director of the Jim Crow Museum of Racist Memorabilia at Ferris State University in Michigan, says that for the most part, those who wear blackface now, know exactly what it implies. “It’s a part of the privilege of being white in our culture,” he says. “They are doing it in a safe, white space consistent with the mores of their in-group.”

Jewish exceptionalism: the offender is the victim

But unlike others “caught” in blackface, the Orthodox present justifications for their behaviour. There seem to be three general arguments as to why some believe it is acceptable for Jews to don blackface for Purim.

The first, articulated by Queens College sociologist Samuel Heilman, is that blackface costumes are a response to racial tensions between Orthodox Jews and Black Americans. Heilman claims that because Orthodox Jewish communities have remained in inner city neighbourhoods, they’ve borne the brunt of anti-white backlash at various points since the Civil Rights movement. This argument assumes that the racial tensions are not at least partially caused by the behaviour of the Orthodox and posits the offender (dressed in blackface) as the victim.

The second explanation is that Orthodox Jews may not know the history of racism because they may not have grown up with people of colour. The assertion that insensitivity results from a lack of familiarity contradicts the argument that blackface is a response to tension between the Black and Jewish communities. Avi Shafran, a spokesman for Agudath Israel of America, the leading ultra-Orthodox umbrella group, wrote: “The history of minstrelsy is not something familiar to many, if not most, Orthodox Jews. That’s unfortunate, but a fact.”

The third excuse is that Purim is a Jewish holiday. Purim costumes that stereotype other cultures shouldn’t be considered offensive because they’re not about those cultures, they’re about cutting loose for Purim.

This line of thought was illustrated in 2013, when New York State Assembly member Dov Hikind, an Orthodox Jew, wore a blackface costume at a Purim celebration. Hikind stated that, “If a Jew wears blackface on Purim, it’s certainly not to intentionally insult blacks but only to ‘become’ [an] ‘other, which is what Purim masks are all about.” See Jon Stewart on the subject.

“Purim is a holiday that’s built on collective memory of anti-Semitism and near genocide,” Heilman said. But the story of Purim is not just that Jews were saved from a genocidal plot but that Jews were allowed to slaughter their enemies.

On the 13th of Adar that year, the Jews throughout the Persian Empire mobilised and killed the enemies who had wanted to kill them. In Shushan, among the dead were Haman’s 10 sons. Esther asked the king’s permission for the Jews in Shushan to have one more day to destroy their enemy – and the king acceded to her wish. On that day, the 14th of Adar, the Jews worldwide celebrated, and the Jews of Shushan killed more of their enemies, and also hung Haman’s sons. The Jews of Shushan then rested and celebrated on the 15th of Adar… This holiday, called “Purim,” is the most joyous holiday on the Jewish calendar.

So on this ‘“joyous” holiday, when Jews celebrate their destruction of their enemy, it remains an open question why this celebration may include stereotypes offensive to an ethnic group that, at least at the moment, is far more “oppressed” than the Jews.