Home World Smackdown: President “Bone Spur” Rebuffed by UN on Call to Give... 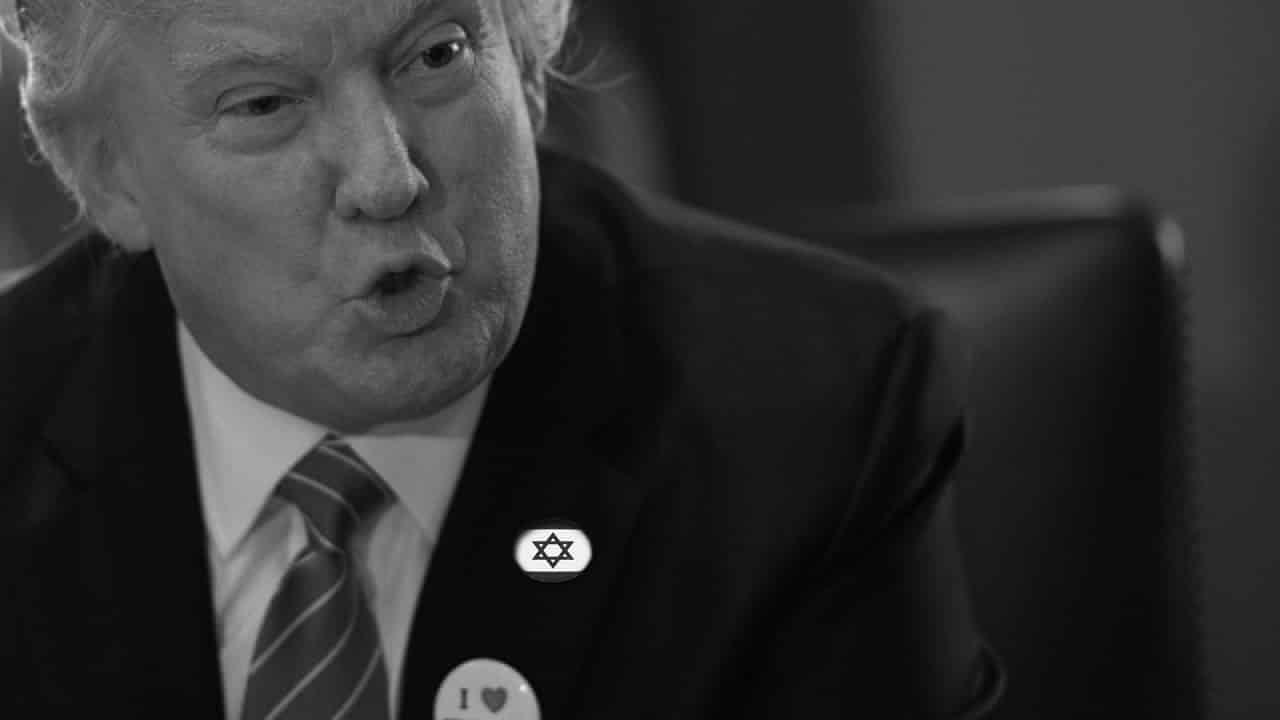 “VT advocates a multi-national military force to remove Israel from the Golan Heights in accordance with law:

United Nations Security Council resolution 497, adopted unanimously on 17 December 1981, declared that the Israeli Golan Heights Law, which effectively annexed the Golan Heights, is “null and void and without international legal effect” and further calls on Israel to rescind its action.[1]

The Council requested the Secretary-General to report to the Council within two weeks on the implementation of the resolution, and in the event of non-compliance by Israel, the Council would reconvene, not later than 5 January 1982, to discuss further action under the United Nations Charter.”

This is Trump’s game to get his “kitchen kabinet” of Jewish billionaires, to a one mob money from pedophile rings, drug trafficking and securities fraud, to bail his “broke ass” out of bankruptcy and provide enough cash to keep him out of jail and buy another election.  Trump is praying, like he was Kenny Rogers, to die in office rather than prison.

Sputnik/Moscow: After Thursday’s tweet by US President Donald Trump, in which he called to recognise the disputed territory of the Golan Heights, numerous European and Middle East countries voiced their strong opposition to the move.

The United Nations has reiterated its position on the sovereignty of the Golan Heights, insisting that the status of the area has not changed after US Donald Trump’s call to recognise it as Israeli territory.

In particular, the UN does not recognize the annexation of the territory that has been occupied by Israel since the 1967 Six-Day War and formally annexed in 1981.

Meanwhile, Reuters reports, citing sources, that the Trump administration is working on a document to formally recognise the Golan Heights as Israeli territory. As the news agency informs, the US president might sign it next week during Israeli Prime Minister Benjamin Netanyahu’s visit to the White House.

Netanyahu is campaigning for reelection next month while fighting corruption charges at home.

READ MORE: How US’ Stance on Golans Has Changed Over Years Before Trump’s Final Say

Trump’s call has prompted strong opposition from European and Middle Eastern countries. France bashed the move, recalling that it contradicts international law, while Germany noted that the national borders should be changed through peaceful means.

A similar position has been voiced by Russia, Iran, Palestine and Egypt, with some of the states stressing that the territory falls under Syria’s sovereignty.

Damascus said that the US announcement on its readiness to recognise the disputed Golan Heights as part of Israel were ‘irresponsible’, adding that the Syrian people are determined to recover the area through all available means. The US move has been slammed by the EU, Russia, Iran and the Arab League as a violation of international law.

Sputnik discussed Donald Trump’s statement with Oded Eran, a senior research fellow at Israel’s Institute for National Security Studies (INSS), a former Israeli ambassador to the European Union and Jordan who once led Israel’s team for negotiating with the Palestinians.

Sputnik: What is the reaction in Israel regarding Donald Trump’s statements on the Golan Heights and how could it affect the situation in the region?

Oded Eran: Well, many people are, of course, very happy about this recognition. Although it is not a formal recognition, it is a statement by the US President and by and large, it is welcomed in Israel.

Yet many people are saying that this is in response to Prime Minister Netanyahu’s request that many leaders, especially the US President, help him in the coming elections, which we are going to have in two weeks’ time. And this is seen, by some at least, as an intervention in the Israeli political process.

READ MORE: ‘We Cannot Allow the Legitimization of Invasion of Golan Heights’ — Erdogan

Sputnik: What is your feeling with regard to how Mike Pompeo’s statement about an alleged “deal of the century” between Israel and Palestine will affect Benjamin Netanyahu’s ratings weeks before Israeli elections? Now we know that Benjamin Netanyahu in terms of his personal standing and his current situation in Israel, has had a rather rocky last sort of twelve months with bad press in the mainstream media and also with the fallout with the Defence Minister as well, and that he has been holding both posts. Do you think this is going to affect his ratings?

Oded Eran: To some extent, yes; because obviously, people are looking at his record beyond the personal legal problems that he faces. And they are looking at the record and certainly the record on foreign affairs [which] is quite positive and even I would say impressive in terms of relations with the US, relations with President of Russia, and President of Egypt, etc.

But I would say that the “deal of the century” is still to be seen. [Mike] Pompeo, during his visit yesterday, avoided every question that related to this issue; obviously, he didn’t want to discuss it. But I think that whatever is known to the West, we can learn about this “deal of the century”, it is not going to be affecting the situation between us and the Palestinians.The Palestinians for more than a year have stopped any formal contact with the US administration; the US administration certainly angered the Palestinian leadership by moving the US Embassy to Jerusalem, and by cutting the US participation in the UN agency, which helps the (Palestinian) refugees. So, there is no contact with the Palestinians and I doubt that they will say anything positive on the deal when the “deal of the century” comes out [and is made] public.

READ MORE: ‘In Interests of Israel and Syria to Negotiate Peace’ — Professor

Sputnik: In many ways, you have answered my next question, which is what is known about the plan and obviously, it is very, very scarce in terms of the information. So, how likely is Prime Minister Netanyahu to agree to this so-called “peace plan”? And will the other parties involved in the plan agree to it? And how well can this plan be implemented by all sides [that] agreed? It is a tough one, isn’t it?

Oded Eran: It is a tough one. And I think the US administration is certainly investing a lot of effort in certain Arab capitals, which are known to be allies of the US, trying to get their support to whatever will come out from what we know as “the deal of the century”.

I think that Netanyahu to the best I can guess if he is the Prime Minister when the deal is coming out, he will say — and I guess this is something which every government will say — “yes, but!” They will say: “OK, there are certain elements in the deal which we like; there are certain elements which we contest or don’t agree with. Let’s see how the Palestinians respond. Let’s see if this is acceptable as a basis for continued negotiations.And then if there is some consent on the Palestinian issue from the Palestinian side, we will be willing to enter into negotiations based among other things on the ‘deal of the century”. But as I said before, I doubt very much that the Palestinians will say anything positive on the plan.

Even though some Arab countries may put pressure on them and ask them to be more positive about this deal, I doubt that the Palestinians can say anything positive. To the best I know about this plan, what comes out is met with rejection by the Palestinians. And so I think that we can say that it may be “dead on arrival”.

Views and opinions, expressed in the article are those of tje speaker and do not necessarily reflect those of Sputnik.