Home Government Trump Chosen By God To Save Israel? You just can’t make... 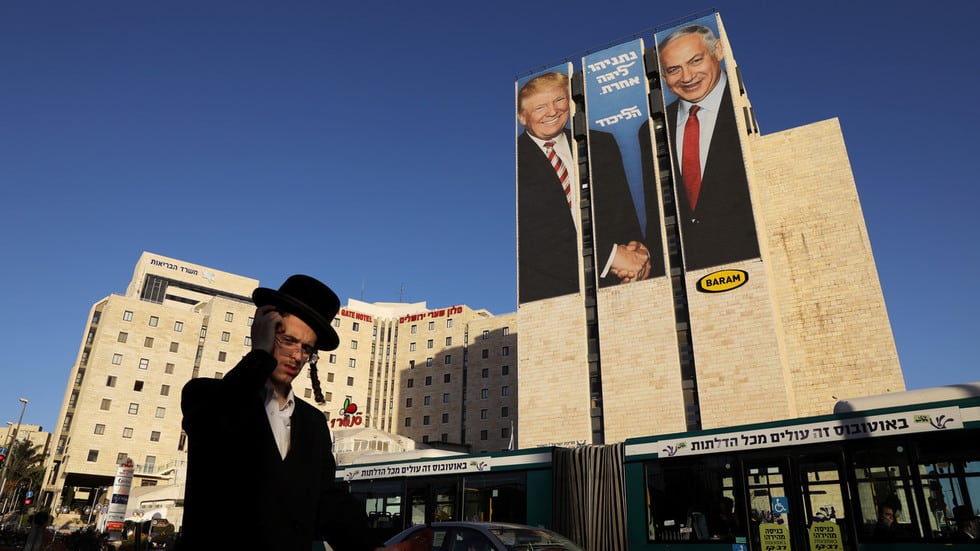 Editor’s Note: I really can’t comment on this. I am at a loss for words, which is an unusual state for me for sure 🙂 … Jim W. Dean ]

Trump may be God’s chosen one to save the Jewish people from “the Iranian menace,” Secretary of State Mike Pompeo confirmed in a baffling interview with the Christian Broadcasting Network.

Specifically, the interviewer asked Pompeo if Trump could be a modern day version of the biblical character Esther, a beautiful woman chosen to be married to Persian King Ahasuerus.

Presumably the comparison wasn’t invited in light of Trump’s feminine charm, but due to the fact that Esther spoiled the plans of the king’s chief advisor Haman, who wanted to kill all of the Jews living in Persia.

The interviewer states rather factually that there is a “new Haman” in the Middle East who wants to “eradicate the Jewish people,” also known as Iran, and asked if President Trump had been chosen, “just like queen Esther,” in order to “save the Jewish people from the Iranian menace?”

“As a Christian I certainly believe that’s possible,” Pompeo answered with a smile. The interview took place during Pompeo’s visit to Jerusalem on the day Jews mark the foiling of Haman’s plans with a holiday called Purim.

Aside from the holiday, the secretary’s comments came in light of Trump’s announcement that the US would recognize the occupied Golan Heights as part of Israel, despite a UN resolution which condemns Tel Aviv’s forceful acquisition of the territory.

“I am confident that the Lord is at work here,” Pompeo added, describing the role the United States has played in preserving the “Jewish state.”

Pompeo’s bizarre comment fetched a number of responses from people on Twitter that ranged between concerned and terrified. Others, perhaps, took the comparison a bit more literally than the interviewer had intended.

Pompeo is currently engaged in a Middle East tour aimed at forming a united front against Iran. Having stopped in Kuwait before heading to Israel, he will next visit Lebanon before heading back to the States.

CGTN’s Elaine Reyes spoke with Peter Bechtold for more on President Trump’s decision to recognize the Golan Heights as Israeli territory. Bechtold is the former director of Near East and North Africa studies at the Foreign Service Institute.