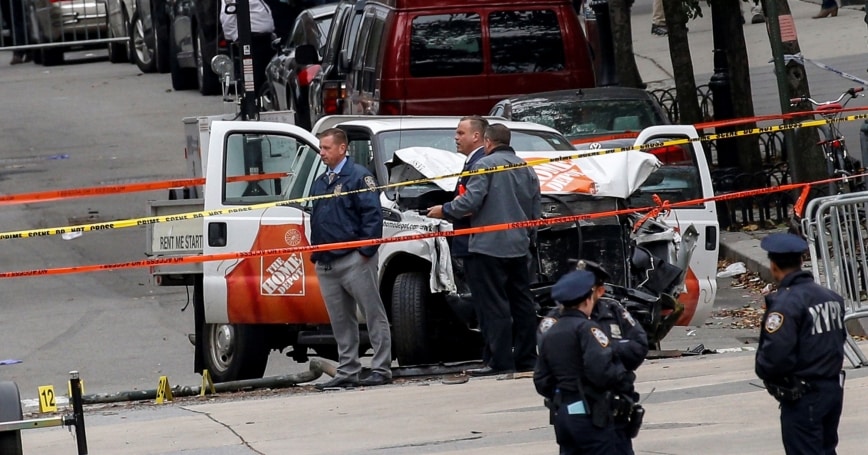 My dear friend and colleague Mark Dankof is no stranger to controversy. He has been labeled an anti-Semite by the Jerusalem Post,[1] despite the fact that he was essentially articulating what the scholarly literature has been saying about the culture war in America.[2] Katie Zavadski of the Daily Beast also condemned Dankof for quoting what Jewish scholars and writers have been saying for years.[3]

The interesting thing is that neither the Jerusalem Post nor Zavadski were prepared to address the fundamental issue: they couldn’t refute the scholarly sources, but they had enough political power to silence anyone who even remotely agreed with the scholarly material that was and still is widely available to any serious researcher. Dankof has been dealing with these people for years, and this time he turns his attention to the recent attack in New Zealand.

Q #1: One gunman killed 49 people and wounded more than 20 during Friday prayers at two New Zealand mosques in the country’s worst ever mass shooting, which Prime Minister Jacinda Ardern condemned as terrorism. What’s your take on this?

Dankof: Clearly we have a case of mass murder on our hands. The question is why, and how this event is being spun in context and meaning by a Zionist-controlled mass media in the West.

As time passed, and more research has been undertaken on these individuals and their alleged motives, the Cracks in the Mainstream Media Canvas are now all too apparent to reasonable, thinking people. The information on Oswald, his background, his associations, his movements prior to November 22, 1963 chronicled by Anthony Summers in Not In Your Lifetime, and Michael Collins Piper in Final Judgment, are but several of a number of excellent books on the subject that absolutely perforate the Warren Commission account of the event.

The research of King attorney William Pepper on James Earl Ray and the murder of King in Memphis in 1968 expose the holes in the official narrative of that murder.  In the case of Sirhan Sirhan, your readers will want to examine Shane O’Sullivan’s The Real Manchurian Candidate and the Washington Post account of Tom Jackman on June 4, 2018 on the 50th anniversary of Robert Kennedy’s death at the Ambassador Hotel in Los Angeles.

Two salient additional facts must be mentioned here:  The official autopsy conducted by LA Coroner Thomas Noguchi indicated that the fatal shot was fired behind Kennedy’s right ear at point blank range. Sirhan was in front of RFK during the entire shooting. The second fact relates to the proof from videos, published years later, that CIA agents connected to the anti-Castro JMWAVE operation were in the Ambassador ballroom that night. Why?

All of this brings us back to Mr. Tarrant. Your Press TV Iran and The Times of Israel report that he spent time in Israel in 2016 arriving from Turkey. That same year, he spent time in Greece, Bulgaria, Turkey, Croatia, and Hungary. His published manifestos before the shooting, his strange trip of 2016, and the comparisons of his Legend to those of Oswald, Ray, Sirhan, and Bremer make anyone give pause for thought. I would pause even longer and wait for responsible research over time to take over in examining these coincidences and these convenient narratives currently being repeated as Truth Mantras by those whose record of truth and responsible investigative journalism is absolutely shoddy.

At the same time, I would caution against any rush to judgment on the part of those who immediately proclaim their knowledge of the real facts on Tarrant and the inside story on possible outside handlers, when there is so much work to do on the part of a handful of people committed to investigating this as Summers, Piper, Pepper, and O’Sullivan have in these other killings. I freely admit my bias in my suspicions based on ancient history.  In this regard, your readers will be interested in Laurent Guyenot’s article of almost 10,000 words in the Unz Review entitled, “Did Israel Kill the Kennedys?”

Look at the Zionist narrative in this tragic event. Blame “white supremacism,” people who voted for Trump, and anyone concerned about the way in which multiculturalism and globalism have deliberately changed the demographics of the West along with a largely Jewish-inspired Culturally Marxist pollution of subverted cultures in the UK, Europe, and the United States previously impacted by some version of Christianity historically. Examine the role of Zionist organizations like the Southern Poverty Law Center (SPLC) in being used by these outlets to reinforce the already arrived at conclusions and solutions of Mainstream Media. Paul Craig Roberts points out the $60 million dollars paid out in out-of-court settlements for slander on the part of this organization.

This is not an accident. Pat Buchanan demonstrates a few of the lies in his latest essay, “Who Spawned the Christchurch killer? ” Take a look at the real statistics on crime in the United States and globally, which contradict the Mainstream Media Predictable Spin on the New Zealand murders.

A different picture emerges. And on the usual Mainstream Media lies about gun ownership and their accompanying globalist gun control narrative, see the article of my good friend, Erich Pratt of Gun Owners of America, on the falsehoods promoted in the wake of the New Zealand murders. It is entitled, “What Media Won’t Tell You About the New Zealand Massacre.”

Q #2” According to reports, the Australian-born suspect has published a manifesto citing US President Donald Trump and Anders Breivik, the Norwegian white supremacist who murdered 77 people in Norway in 2011. He has dubbed the US president as “a symbol of renewed white identity”. What are your thoughts on this?

Dankof: This is all too convenient for me to accept at face value.  Keep in mind the Legend narratives mentioned in my first answer. In the case of Breivik, it appears that his primary motivation for mass murder was a warped radical Zionist worldview.  His statements also fit in beautifully with Mainstream Media Narratives that people concerned about targeted demographic change aimed at the West, abortion, the LGBTQ movement, and a brand of globalism designed to destroy the culture, history, and institutions of sovereign individual nation states, are all potential Breiviks ready to go off like ticking time bombs armed with weaponry and irrational hatred of all Muslims and people of color.

Look at the Jerusalem Post article published at the time. In the case of Trump, the so-called “symbol of renewed white identity” is actually an ardent Zionist being urged on by Zionist Neo-Conservative advisors to militarily attack Iran in the interest of Greater Israel.  This war crime will involve the continued use of many American whites in the military to fight as surrogates for the Zionist cause, Netanyahu, the Israeli Lobby 5th Column operating in American government and media, and the Central Banks.

Turning again to Brendon Tarrant, if he actually believes in his supposed manifesto and stated motive for mass murder in the New Zealand, he, like Breivik, Sirhan Sirhan, and Arthur Bremer, can be assigned status as an obvious psychiatric case par excellence or—be under suspicion as a programmed Manchurian Candidate.  I cannot say which.

Q #3: Certain media outlets in west and Europe described the tragic incident as “shooting” not an act of terrorism. How do you see the role of western media in inciting a war between the west and Islam?

Dankof: Western Mainstream Media is Zionist Media. In the West, the governments of the United States, the UK, and Western Europe, are Zionist Occupied Governments (ZOG).  There is an obvious symbiotic relationship between the two.  Understood this way, a war between the West and Islam, the so-called War of Civilizations promoted by Zionist Neo Conservatives, will make both legitimate American and European nationalists opposed to the New World Order and their Islamic counterparts, the ultimate losers in the enterprise.

In other words, these seemingly diametrically opposed constituencies have a mutual interest in recognizing who is pitting them against one another as the hidden hand moving the chess pieces in an evil game largely misunderstood by the vast majority.