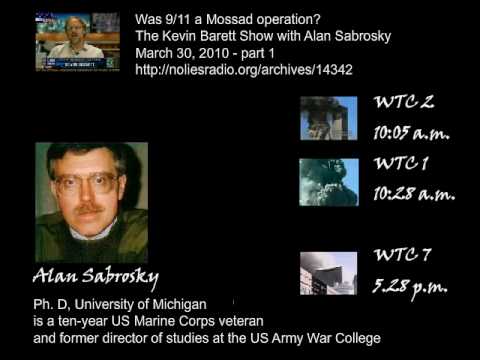 Who’s afraid of Alan Sabrosky? Whoever they are, they have the ability to monitor and censor YouTube live-streams in real time. And they apparently don’t want you to know what Sabrosky thinks about the Holocaust.

That’s the obvious takeaway from the highly unusual example of YouTube censorship that disrupted the March 22 live broadcast of False Flag Weekly News. The broadcast, which live-streamed from Vimeo to three different YouTube channels, transpired normally up to the 59:31 mark, when Sabrosky stated that the Holocaust was “a technological and logistical impossibility—“ and suddenly his mike was cut…but only on the YouTube stream, archived here:

If you want to hear the rest of Dr. Sabrosky’s Holocaust statement (instead of long stretches of dead air) you’ll have to watch the Vimeo version, which was not censored:

Whoever did this must have been monitoring the broadcast in real time. It must have been a human, not an AI algorithm. The censor must have had his or her finger hovering over the “cut his mike” button throughout the show. And that censor must have been trained and given the power to cut Sabrosky’s mike within a couple of seconds of Sabrosky starting to “deny the Holocaust.” Altogether quite an amazing feat of censorship!