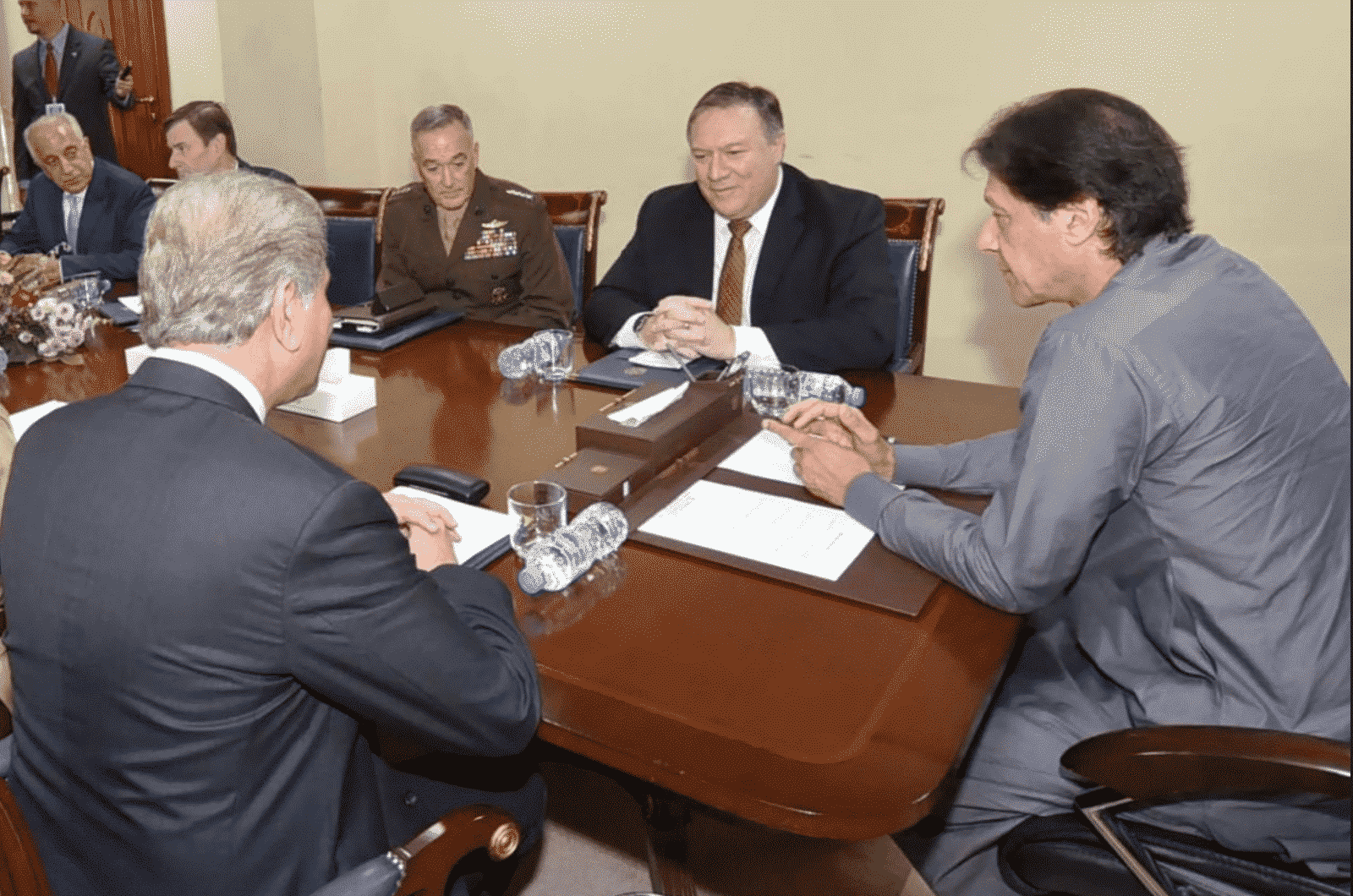 Military diplomacy, strategic positioning and structures of commands are a well deliberated and articulated exercise that sometimes goes unnoticed to public. Like diplomacy, these are like the unseen icebergs sunk below the water. Appearances are deceptive. Deep below lie the jagged and abrasive ends of political realism.

The containment strategy led by USA always had a leg in Middle East and Pakistan. Post-Cold War and a rising China, this positioning underwent a major unnoticed shift in which engagements with Pakistan got diluted. The fact that US Secretary of State lumps Pakistan as a security threat finally clarifies where US priorities lie and what Pakistan should contend with.

In January 1972, the boundary between the Europe Command (EUCOM) was adjusted and Pacific Command (PACOM) given the responsibility for entire South Asia and Arabian Sea. In 1983, due to the Afghan War, an exclusive command CENTCOM was created for West Asia, Central Asia and Pakistan.

In 70s, Pakistan felt reassured about the exclusive status and its geostrategic importance to the world. It could not bother to evaluate what PACOM implied. Pakistan played its role to US satisfaction till the end of the war. This was at the cost of changing its socio-economic and socio-religious fabric; a cost still being paid. The romance with CENTCOM was soon over as Pakistan was left alone to contend with mopping up. It was evident that Pakistan only had a short term strategic significance and that American long term interests lay with India.

Indo Pakistan rivalry etched in bloodlines over Kashmir precluded entente pending resolution of the core issue. Pakistan was put under sanctions that were tightened after 1998 when Pakistan went overtly nuclear. 9/11 again brought the region into significance and so began the shock and awe. This significance has a time limit.

To India, the message was loud and clear; a window to ‘Great Power Status’ India always dreamed. India was convinced it had a role to play and despite economic crunch (disintegration of USSR) continued to pursue a force structure of a Blue Water Navy with aircraft carriers and nuclear powered submarines from Russia. The force structure of ground forces remained Pakistan specific. This was India’s peacock dance to attract US cooperation. USA got impressed for the courting.

A strategic shift was in place by the time President Clinton visited India and President Obama confirmed by granting India the ‘Major Defence Partner’ status including transfer of technology and effective cooperation in the defence sector. This was followed by a civilian nuclear agreement including implied assurances of a nuclear umbrella. In 2016, in order to coordinate joint operations, India and the US had signed a logistics defence pact for use of mutual assets and bases for repair and replenishment of supplies. The lynch pin of this alliance was terrorism.

After 35 years, in June 2018, USA made an apparently symbolic move to rename Pacific Command to Indo-Pacific Command. Some may attribute this to heightened tensions with China in the South China Sea and a bigger role to India in the Indian Ocean. It was reflective of India’s importance in the strategic calculus.  Remarks of Secretary of Defence James Mattis were significant. “It is our primary combatant command; it’s standing watch and intimately engaged with over half of the earth’s surface and its diverse populations, from Hollywood, to Bollywood, from polar bears to penguins”; thus, ended the third phase of a futuristically articulated command structure.

The implications are significant. US stratification is based on the seams of the most hostile nuclear neighbours of South Asia. While CENTCOM could play the role of a Holding Command, India could provide the launching pads for aggression against a rouge country.

The trends in this partnership are visible. The issue is so sensitive and secretive that President Trump who is usually unguarded in his tweets in general and Pakistan in particular, articulates words with caution while his subordinates do the hard talk. During the recent Pulwama incident, while President Trump seemed conciliatory, the State Department made no bones about condemning Pakistan. Most recently while Secretary Pompeo listed Pakistan amongst the top three threats to security, President Trump termed relations with Pakistan as ‘much better’ to ‘improving’ to ‘very good’. Now what does this mean?

Rather than confusing, this is a very opaque situation with serious implications for Pakistan. There is no doubt that US weight is behind India and Pakistan has to artfully and patiently fend the security challenges.

The expeditionary phase of this new Axis passed away peacefully a few weeks ago. Dispositions, positioning and diverse forays with naval and airpower indicate characteristics of a ‘Fighting Reconnaissance’. This means gathering information through provocation and measured escalation. The question that arises is straightforward. Having assured itself an important strategic partner of USA, did India take the road to escalation with Pakistan with knowledge of USA? The answer is both yes and no.

In the past, India carried out fictional surgical strikes against Pakistan through its ground forces. The drums of this strike we played from Hollywood to Bollywood. Indian claims notwithstanding, the world through surveillance and UN through its United Nations Military Observer Group (UNOMGIP) in India and Pakistan know there was nothing such as a ‘Surgical’. Yet the animation was played to perfection by media warriors. Earlier Indian hypes ended in embarrassments like the incident of killing its own sailors and attributing incidents to Pakistan that proved otherwise. India wanted a pretext to aggressively launch probing offensives.

Pulwama provided the much needed incident. Even before investigations were conclusive, India took the impulsive road. Taking a hint from ‘US drone policy’ India took the unprecedented risk of using airpower.

Compared to an attempted incursion by a fighting patrol (called surgical strike) this was a major violation of international law, many steps above the ladder of escalation. It involved electronic warfare, domination of digital battle field, security of ground installations and closure of international airspaces. As intelligence indicated, this initiative was supported by other countries. This was followed by deployment of ground missiles, naval flotilla and submarines. Pakistan’s reaction was swift and effective. Though USA certainly helped defuse, it could not have happened in the first place without a hint.

Pakistan’s response was measured, effective and achieved surprise. It temporarily thwarted the grand designs of FANTASIA.

India badly exposed its conventional deterrence. Given the limitation of corridors and space, Pakistan’s highly mobile, lean and firepower studded formations will be more than a match for India. In a conventional war lasting a few days, initiative could be with Pakistan’s battle hardy formations.

The next scenario as played out by ‘Foreign Policy’ war game on the final day of the Abu Dhabi Diplomacy Conference though hypothetical is built on conspiracy. It reflects a historic obsession that Pakistan is an irresponsible country that cannot protect its nukes from terrorists and that Pakistan must be somehow disarmed.

Isn’t it ironic that Pakistan through statesmanship and ‘combined national political will’ just averted a war escalated by an exclusive coterie in India? While Pakistan’s Command and Parliament were in unison, the Indian government chose to exclude opposition parties and parliament from the process.

Beyond dancing on a flashpoint, such notions are akin to playing with fire.