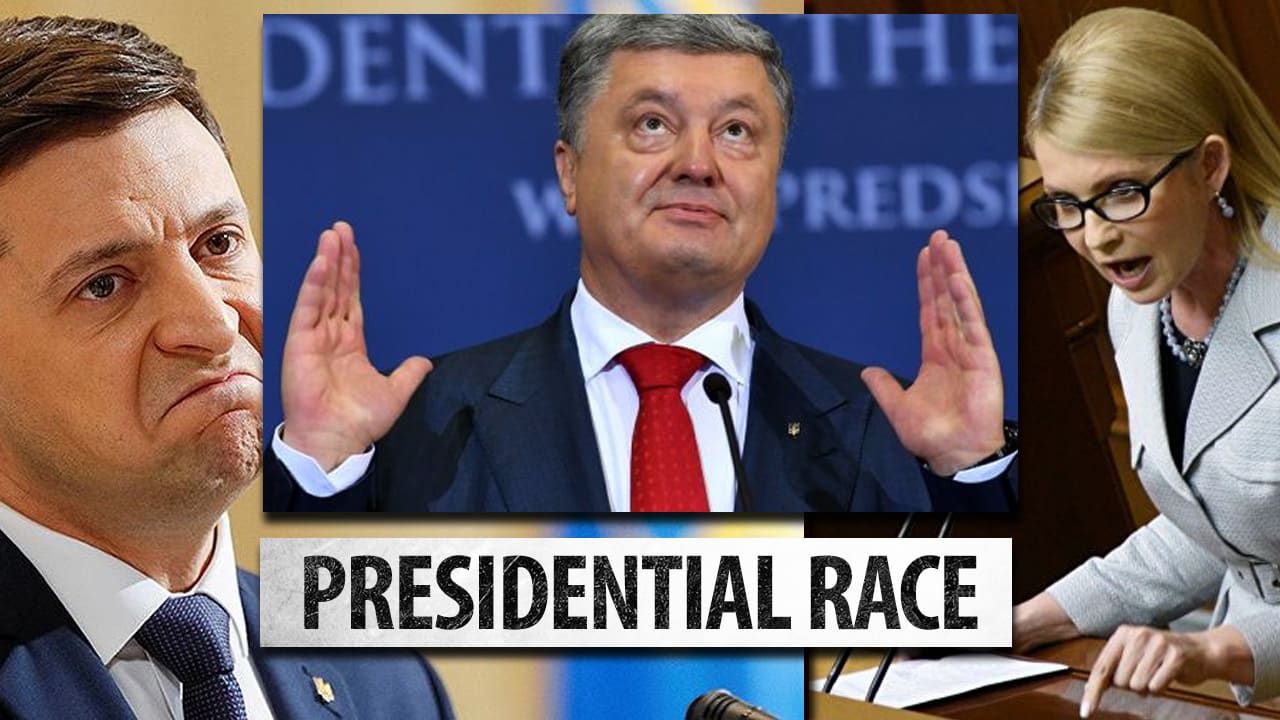 On March 31, the first round of the 2019 presidential election will take place in Ukraine. A record number of candidates – 39 – is campaigning for the presidential post in the biggest country in Europe. Most of them have no real chance of victory. According to polls, there are three main candidates – comedian Vladimir Zelenskiy, the ruling oligarch Petro Poroshenko and the contesting oligarch Yuliya Timoshenko.

Despite the high number of presidential candidates, their election programmes are mostly focused on four topics: the military conflict in the eastern part of the country, the Crimea issue, political reforms and the economic situation. Presidential candidates employ populist rhetoric and make fantastic promises of various sorts. Since the “Revolution of Dignity” in 2014, the real opposition in the country has been fully suppressed by repressive measures. Nationalistic propaganda and war hysteria are the dominating and main attribute of public politics and media coverage. In this kind of political situation it’s unlikely that potential presidents of Ukraine are going to turn their promises into reality. As has been repeatedly demonstrated, it’s always possible to call critics of the ruling government “Kremlin agents”, to accidentally find in their flats maps showing Crimea as a part of Russia or use another contrived pretext to detain them over treason. However, leaders of the presidential race and marginal candidates do have some differences in their public rhetoric.

The election programme of Petro Poroshenko is called “A major country with free and happy people.” He promises that Ukraine will join the EU and NATO as a regional leader: the leader of the agrarian sector in Europe; one of five new global leaders in the IT sector; regional leader of industrial development; the transport hub of Eastern Europe; one of the ten most visited European countries under the slogan “A fashionable country, which the world is discovering.”

The basic principle of the program is: “Money follows people.”

This all sounds nice, but it is not very clear, just as it is not clear when exactly the country will join the EU. In 2014, the leaders of the coup used more unambiguous phrases promising their adherents almost immediate accession to the EU, a victory over corruption, and a living standard supported by Europe.

Poroshenko is going to return Donbass and Crimea through “political means”, which in fact does not seem to exclude artillery strikes and diversions with civilian casualties reported from the conflict zone on a regular basis.

Yulia Tymoshenko assures that she has an “alternative”strategy for Crimea and Donbass, but what this might be is still a secret. She promises to reduce the Parliament by 100 deputies (there are currently 450), and halve the price of gas, hot water and heating.

Volodymyr Zelensky was nominated by the Servant of the People Party, named after the comedy series of the same name on Ukrainian television. He says that he will attend the cabinet for only one term. He asked his fans on the Internet to write his political programme. The same approach was declared as the tool to form his future Cabinet. Promises – obvious populism: the removal of immunity from the president, deputies and judges; the introduction of a law on impeachment, the fight against rising tariffs, voting in elections and referenda via the Internet among others. Zelensky promises to put an end to the war in the Donbass region and return the lost territories. Additionally, the comedian intends to receive compensation for damages from Russia. Zelensky’s high rating is a result of a strong mood of protest in the country and fatigue with the empty promises of professional politicians.

The rating of the other candidates is not really high enough to allow them to claim victory in the upcoming election. Nonetheless, some of them have some very original promises. For example, Ilya Kiva promises to increase the military budget to 10% of GDP, stop cooperation with the IMF and introduce a visa regime with Russia. Ruslan Koshulinsky wants to use a polygraph to test candidates for officials and deputies for separatism. He also intends to suspend diplomatic relations and all bilateral treaties with Russia.

Vladimir Petrov says that he will provide every Ukrainian with free internet, apparently with the help of coupons, though, it must be added “in specific daily and monthly limits.” He also promises free daily bread.

The political system of Ukraine was completely destroyed by propaganda, censorship, false promises, widespread corruption, nepotism and dependency. On the one hand, the political elite is not interested in the real opinion of the people, and the populist “pro-Western” and “anti-Russian” rhetoric is a convenient tool for knocking out aid from the EU and the US. On the other hand, the more depressed the population, the less it trusts the populist promises already made, and in order to get a reaction the authorities will need to whip tensions up further.

Over the past years, this approach has turned Ukraine into a de-facto colony of the Washington and Brussels establishment. Regardless of the public promises of Western officials however, the country is most likely doomed to remain no more than a tactical tool and bargaining chip in global confrontations.