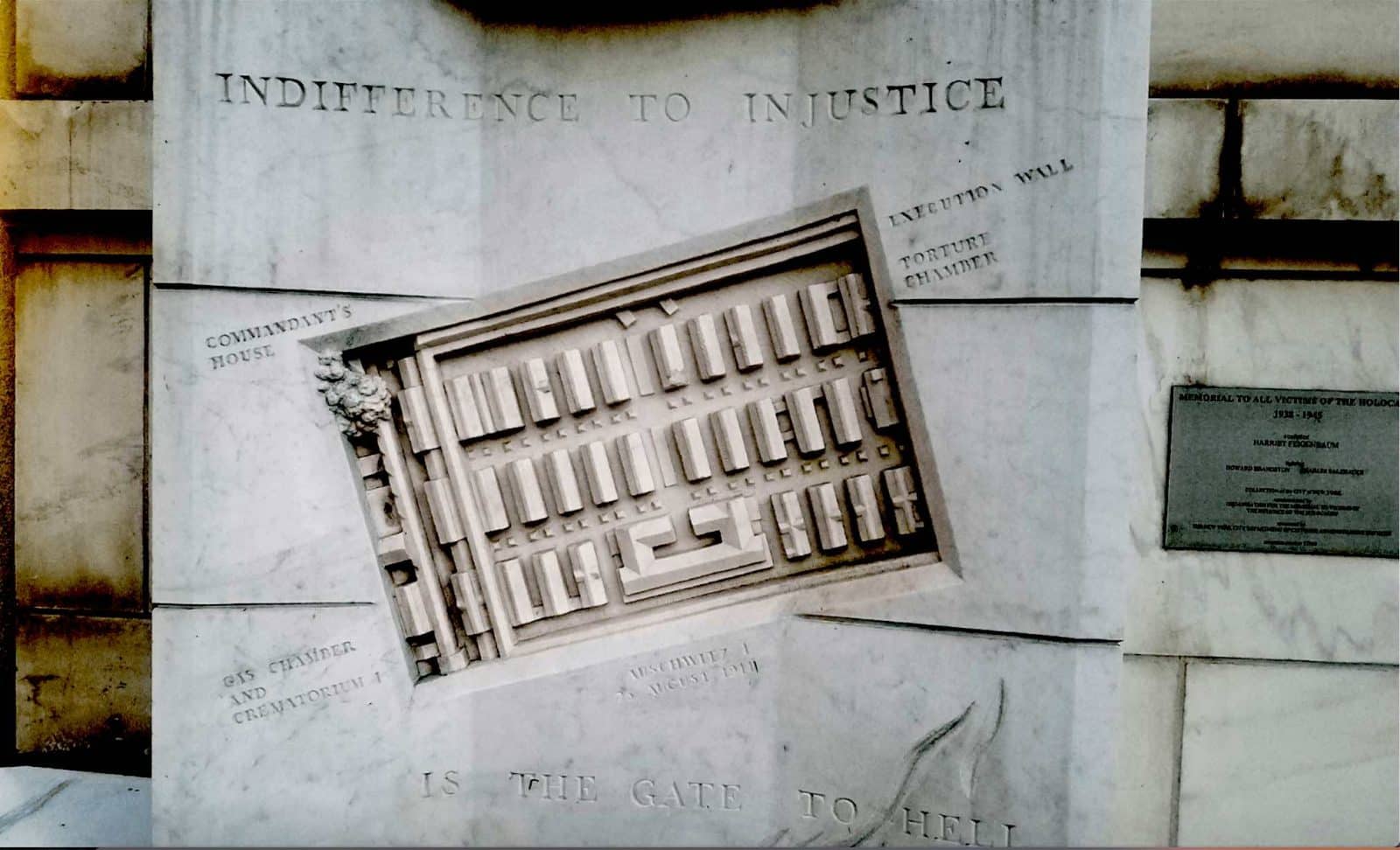 From my recent Unz article on Alan Sabrosky:

Why are these two issues so sensitive? The Holocaust, whatever it was, happened 75 years ago. And 9/11 happened more than 17 years ago. Isn’t all that stuff ancient history?

The answer, I believe, is that both Official Conspiracy Theories (OCTs) are foundational myths of Zionism. The myth (sacred narrative) of the Holocaust is Israel’s primary basis of legitimacy in global public opinion and especially Jewish opinion. The Platonic guardians of Zionism need the Holocaust horror story to bludgeon world Jewry into accepting the necessity of establishing and maintaining a “Jewish state.”

Let’s back up a minute and review our folklore & mythology studies: The sacred narrative of six million Jews killed mostly in gas chambers is a myth—a foundational sacred narrative—regardless of whether or to what extent it is true. And it is THE central legitimizing myth of the State of Israel.

So why do all Westerners have to kowtow to the sacred Holocaust narrative—far more than to their own national myths? In the US, Britain, and France you may have your reputation and livelihood ruined if you don’t kowtow to Israel‘s foundational myth. And in many other European countries you will be witch-hunted by the Inquisition if you question Israel‘s legitimizing sacred narrative…but you can ridicule your own country’s sacred cows as much as you like…which proves they are no longer sacred. Only the big-H Holocaust is sacred. As the West declines into the twilight of the idols, the Holocaust is the only idol still standing. Try to smash it and you yourself will be smashed.

This situation is unbelievably perverse, and totally unsustainable. Patriotic Americans, Britons, Frenchmen, Germans (!) and others are waking up and noticing that their countries have been subjugated by hypnotic storytellers from another nation.

It is telling that in New York City, where 3,000 people were murdered on 9/11 by the Dancing Israelis and their Mossad accomplices, the Appellate Courthouse features an engraved Holocaust memorial headlined INDIFFERENCE TO INJUSTICE IS THE GATE TO HELL. Is the Synagogue of Satan, which is indifferent to injustice (and to anything else except money and power) recruiting new members? Is it asking the viewer to remain indifferent to the injustice done to German people after World War II, when exaggerated war propaganda stories were sanctified forever to hide the real holocausts perpetrated against Germans—firebombings of cities full of civilians, the extermination of over a million helpless prisoners, and the deliberate starvation of more than ten million German civilians after the war?

No wonder the mobbed-up courts in NYC, once ruled by Trump’s mentor Roy Cohn, covered up the mass murders of 9/11/2001. Here, in Straussian neocon doublespeak, they are vaunting their real motto: hellish injustice.

I happened to be outside the Appellate Courthouse at 24th & Madison Avenue today when I noticed something curious etched into the building annex’s facade.  Upon closer inspection, I saw it was some kind of sculptural relief.

I knew I had seen that image somewhere and then it hit me. Is that the map of Auschwitz?!?!  I got closer so that I could read the text and sure enough, the first word I saw was “Gas Chamber.”  I’m, like, WTF?!?

Yep, it was a NYC hidden holocaust memorial.

In the photo above you’ll see that the sculptor identified three sections of the Auschwitz compound. Below I compare the three sections to the map drawn by John C. Ball (see attached) found in Nick Kellerstrom’s book, Breaking the Spell. 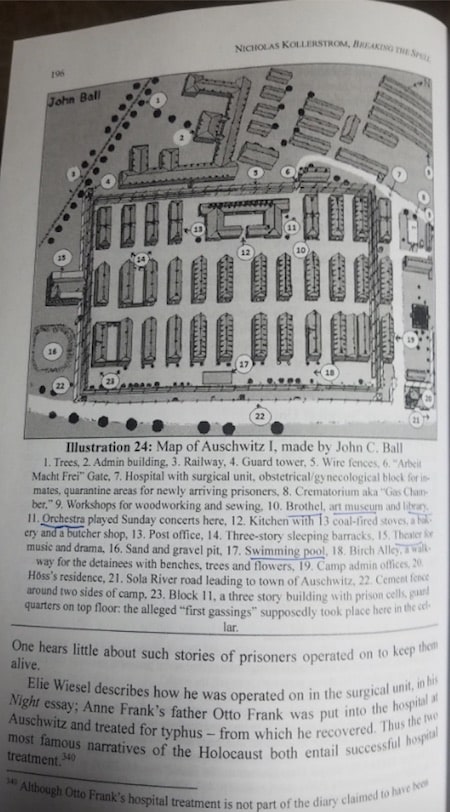 The accompanying plaque describes the artwork as a MEMORIAL TO ALL VICTIMS OF THE HOLOCAUST.   The artist’s use of all caps conveniently sidesteps a thorny PC dilemma.  By dedicating the memorial to “all” victims, the word “holocaust” would have to be lowercase since in Holocaustianity-ese, upper case “H” not only solely applies to WWII Jewish victims, but must be applied to all Jewish WWII victims.

The artist’s start date of 1938 is puzzling given the first camp in Germany was opened in 1933. Likewise unclear is the acknowledgment of two “lighting” artists. Perhaps the piece is lit up at night?  (Please not let it be a mini son et lumiere.)

And then, of course, we have the obligatory burnt offering imagery of flames going up the side of the building — so high actually I couldn’t capture it all in my photo (the long vertical photo above).

Stumbling across this sidewalk display brought back to me Alan Sabrosky’s’ snarky comment that it’s getting to be there’s a holocaust memorial on every corner gas station.

Indeed, I’m reminded of walking around the 9/11 memorial site earlier this year and coming upon an Anne Frank tree no less. Would that the public knew how truly appropriate such a holo memorial is in terms of commemorating the Zionist origins of 9/11.

And on a final note, might the phrase on the memorial — “Indifference to injustice is the gate to hell” — be a form of Appellate Court justice code for “Watch out, goys, with our new directed energy weaponry, we can turn you and your indifference to Jewish suffering into burnt offerings from hell.”

OK, I’d better end this before I get any more carried away.